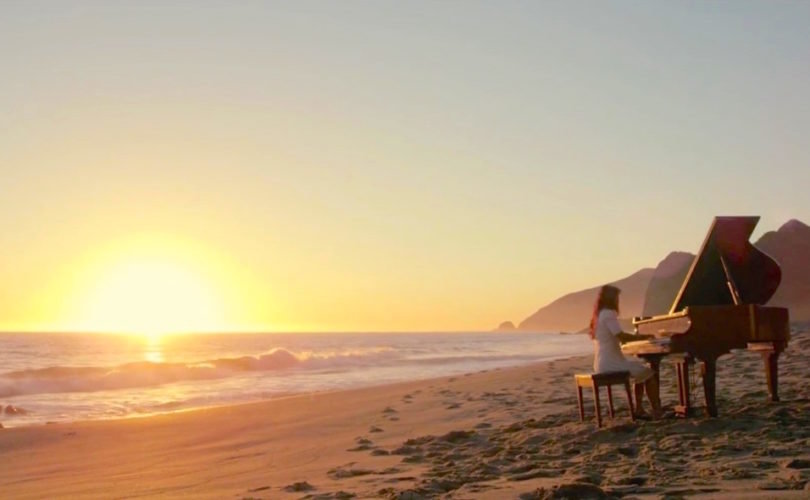 NAPLES, Florida, December 18, 2015 (LifeSiteNews) – Joyce Bartholomew has always had a compassionate heart for young women faced with difficult, life-changing choices. That’s why about a decade and a half ago she volunteered as a lay counselor at a crisis pregnancy center in Toronto.

“I just felt called to this pro-life Christian center. It was something I felt led to go into,” she told LifeSiteNews in an exclusive interview by phone from her home in Naples, Florida.

Joyce felt in her heart nothing but respect, love, and compassion for the broken and sometimes abused girls who entered the center seeking help, a way out of a difficult situation, and ultimately, hope.

“I really do care about them. It’s not put on, but something that’s just inside me, that God has given to me in my heart. It’s something that just comes out from my heart,” she said.

Her favorite part of the ministry was to see “lives get better, especially if someone came to know Jesus Christ as their Lord and Savior” through the center’s optional offer of a Bible study course.

“To have someone be led to the Lord is one of the greatest moments there, one of the biggest rewards. Just to be able to be a part of their lives to see them going from the worst, to having things get better. It's a reward that money can’t buy,” she said.

Joyce and her family eventually returned the US, but her experience of working with the women she loved so much eventually made it into her own musical compositions. She had been a Christian singer since age 8 and enjoyed expressing herself through music.

One day while driving on the I-405 in Los Angeles, surrounded by numerous lanes filled with cars — people coming and going —, Joyce suddenly gained insight into the practically unfathomable number of babies lost to abortion since the procedure became legal in the 1973 Roe v. Wade decision.

Joyce could not get her experience on the interstate out of her mind. She thought about it all the time. And that’s where the inspiration for a new song came from.

The lyrics tell a story familiar to many girls who once upon a time visited Joyce when she used to work as a councilor in Toronto.

I was alone and afraid, they said I wasn’t ready for you.
They said a baby is a ‘big mistake,’ I had no choice, it was all I could do.
God alone ordained all your days for you, you could have have changed our world.
I wonder what God wanted you to do, were you a boy or a girl?

The video that accompanies the song tells the story of a girl who aborts her baby following her boyfriend's demands. But an older woman, who also had an abortion when she was younger, helps the girl to find healing and peace after the traumatic experience.

When Joyce posted the music video to Youtube in April of last year, it immediately started picking up hits and went on to enjoy radio time. By May the video had been viewed over 52,000 times and showed no signs of slowing down.

Then one day, Youtube suddenly yanked the video, telling Joyce that it had violated its “terms of service.”

“I cannot believe this, but YouTube removed my pro-life music video called ‘What Was Your Name’ due to violation of their ‘terms of service.’ It did NOT violate anything. Pls pray that it will be fairly put back up. Christians ought to also have peaceable freedom of speech,” Joyce posted on her Facebook page May 16.

Pro-life filmmaker Jason Jones, producer of Crescendo and co-executive producer of the 2008 film Bella, said it was not the first time Youtube censored a pro-life production.

“I went to look for it myself, and found that [the video] was gone. Down the memory hole, thanks to arbitrary policies of content censorship in place at Youtube. This wasn’t the first time that Youtube has employed its ‘terms of use’ boilerplate to lump in pro-life free expression with violent hate speech. It surely won’t be the last,” he wrote in a June report.

LifeSiteNews contacted Youtube asking for details about why it deleted the video, but did not hear back by press time.

Joyce appealed Youtube’s decision, but to no avail. That’s when she decided to look into her legal options.

“I am in contact with my legal counsel and they are exploring all potential remedies on my behalf, and I intend to take all steps necessary to remedy YouTube's incorrect statements about me and Blaze Productions violating their terms of service,” she posted on Facebook in July 2014.

Earlier this year Joyce and her legal team filed a “complaint for defamation” against YouTube in California, where the video was filmed.

Joyce told LifeSiteNews that she remains “suspicious” that the real reason Youtube pulled her video is because of a “bias” against the video’s pro-life message and the successful impact it was having.

“Yes I am suspicious, but I can't 100 percent tell you exactly the details, but it's very unfair towards me. If I felt that in any way I had wronged anybody, ever, I would completely own up to that. But I would never [intentionally wrong anybody], especially as a Christian person. [Youtube is] very biased. I am very suspicious, absolutely.”

Joyce said the suit could take “forever” but that she and her team will not give up.

Joyce now volunteers as a spokesperson and opening act for pro-life fundraising concerts hosted by Mission: PreBorn, a pro-life ministry raising funds to provide pregnancy centers across the US with ultrasound equipment and free ultrasounds to women in need.

For Joyce, helping women facing difficult choices is following the words of Jesus.

“The baby in the womb is also my neighbor,” she said.

The artist has plans to be part of a radiothon for the upcoming D.C. March For Life and hopes to have a new album out by spring.