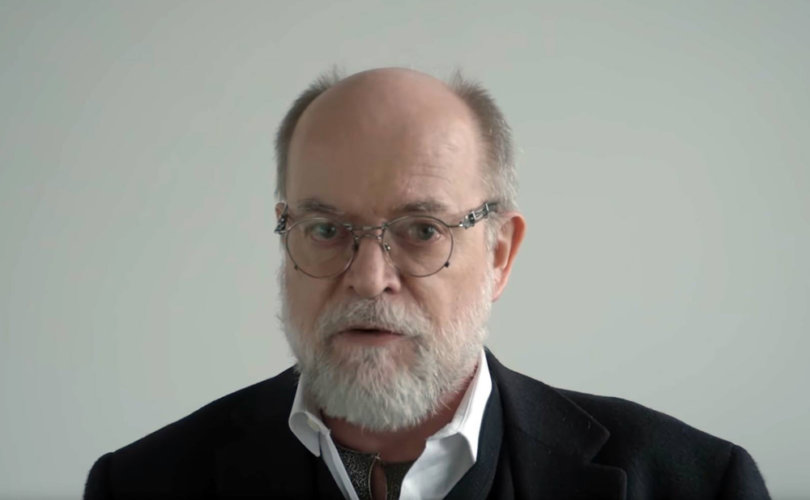 May 19, 2020 (LifeSiteNews) – Social media’s war on dissenting opinions about COVID-19 has come for another expert, this time deleting an epidemiologist’s YouTube video after it amassed 1.3 million views.

Knut Wittkowski is the former head of Biostatistics, Epidemiology, and Research Design at Rockefeller University’s Center for Clinical & Translational Science, as well as the founder and CEO of drug developer Asdera, LLC. He is an outspoken critic of the lockdowns most states have adopted to curb the spread of COVID-19.

“There is no indication that hospitals could ever have become overloaded, irrespective of what we did,” he told Spiked in an interview last week. “I hope the intervention did not have too much of an impact because it most likely made the situation worse.”

Wittkowski opposes “social distancing,” and argues that society should have instead simply isolated the vulnerable while allowing the rest of society to develop herd immunity.

“The ideal approach would be to simply shut the door of the nursing homes and keep the personnel and the elderly locked in for a certain amount of time, and pay the staff overtime to stay there for 24 hours per day,” he continued. “How long can you do that for? For three weeks, that is possible. For 18 months, it is not.”

Wittkowski blames the present situation on governments rushing to act on the warnings of controversial Imperial College epidemiologist Neil Ferguson instead of organizing an “open discussion, including economists, biologists and epidemiologists, to hear different voices,” which could have identified the “fundamental flaw” in Ferguson’s models.

Now, Wittkowski says YouTube has taken down his video exploring the subject without explanation, the New York Post reports. In the 41-minute video, which can still be viewed at the American Institute for Economic Research’s website, the epidemiologist argues that herd immunity is “the only thing that stops the disease.” (Another part of the interview remains on YouTube.)

“They don’t tell you; they just say it violates our community standards,” Wittkowski says of the takedown. “There’s no explanation for what those standards are or what standards it violated.”

LifeSite contaced Wittkowski for comment, but did not hear back by press time.

Epidemiologists do not all agree with Wittkowski’s application of herd immunity to COVID-19, and his views certainly fall outside the consensus position currently driving most US policy. The Rockefeller Center itself issued a statement expressing the institution’s disagreement.

However, YouTube did not arrive at its decision to block the video based on a careful analysis of the substantive facts of the question, but rather in deference to the position of its chosen – and controversial – authoritative body.

“Anything that would go against World Health Organization recommendations would be a violation of our policy,” YouTube CEO Susan Wojcicki declared last month. “And so remove [sic] is another really important part of our policy.”

Critics have faulted the WHO for opposing bans on travel from China that could have limited the virus’s reach, and for legitimizing the false claims coming out of the Chinese government, among other offenses. The Trump administration has suspended US aid to the organization, pending a review.

As of May 19, the United States is estimated to have seen more than 1.5 million cases of COVID-19, with more than 92,000 deaths and 360,000 recoveries. A large share of those deaths have come not from the general population but from nursing homes, and mounting evidence suggests far more of the public has contracted and recovered from the virus than the official count indicates.

In addition, questions remain as to the accuracy of the official death counts, with the Trump administration’s own advisers divided on the matter. Dr. Anthony Fauci says the actual number is “almost certainly higher,” based on the possibility of people dying at home without being checked for COVID-19. Dr. Deborah Birx, however, reportedly suspects that US Centers for Disease Control numbers might be inflated by as much as 25 percent, given the problem of hospitals and health agencies classifying “COVID-19 deaths” as anyone who died after testing positive for the virus, even if the virus was not their actual cause of death.