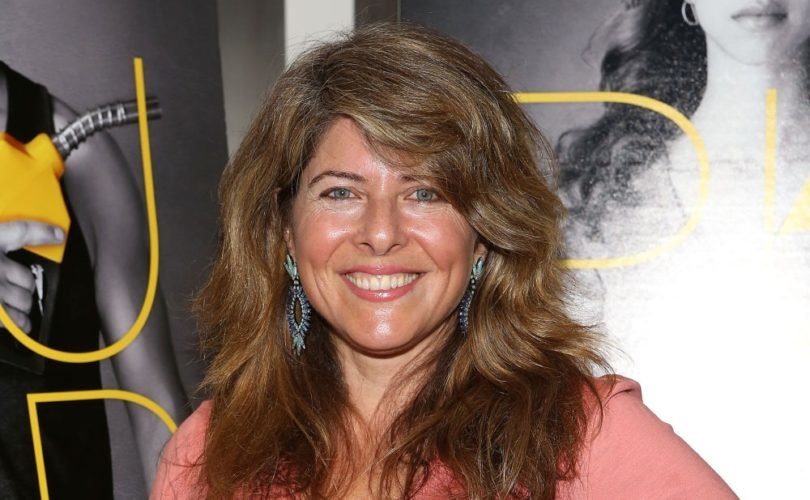 (LifeSiteNews) – Outspoken lockdown and vaccine passport critic Dr. Naomi Wolf has had her Daily Clout YouTube channel restored by the social media giant less than a week after taking it down over apparent “claims about COVID-19 vaccinations that contradict expert consensus” made in the interview.

Manookian is the founder and president of Health Freedom Defense Fund, “a non-profit which seeks to rectify health injustice through education, advocacy, and legal challenges to unjust mandates, laws, and policies that undermine our health freedoms and human rights.”

During the interview, Wolf and Manookian discussed the possible conflicts of interest found in the fact that the National Institute of Allergy and Infectious Diease (NIAID), run by Chief Medical Adviser to the President Dr. Anthony Fauci, holds patents for the experimental COVID-19 vaccines, yet is part of the Department of Health and Human Services (HHS) which has been actively encouraging the shots, The Epoch Times reported.

The NIAID is also under the umbrella of the National Institutes for Health (NIH), which allows its employees to receive up to $150,000 per year for each patent under their name.

Though the information discussed throughout the interview is publicly available, YouTube determined that either Wolf or Manookian had made “claims about COVID-19 vaccinations that contradict expert consensus from local health authorities or the World Health Organization (WHO),” which the company does not allow on its platform.

— Article continues below Petition —
PETITION: No to mandatory vaccination for the coronavirus
Show Petition Text
1081666 have signed the petition.
Let's get to 1100000!
Thank you for signing this petition!
Add your signature:
Show Petition Text

Wolf expressed her shock at the time of the YouTube ban, defending her actions as simply “reporting on successful legal efforts or legislative efforts to ban vaccine passports, to ban vaccine discrimination, or to change policy around mask mandates.”

Despite belonging to the political Left, Wolf acknowledged that “many credible important voices are being de-platformed, a good proportion on the right – I happen to be on the left.”

The author blasted the government for what she sees as collaboration with Big Tech to silence opposing voices: “I believe that government is not allowed to use private industry to go around the First Amendment … so if there’s any coordination there, that is unlawful and that’s what [the legal process of] discovery is for.”

“I think something very serious indeed is happening if a channel devoted to educating people from all walks of life, all political persuasions, every age, about democracy in America is closed down,” she continued. “That’s really serious.”

Just days after the ban was first imposed, on August 26 YouTube delivered another email to Wolf, who co-founded the Daily Clout channel, informing her that it had made a mistaken judgement, and that the account would be re-opened and the video reinstated.

“We’re pleased to let you know that we’ve recently reviewed your YouTube account, and after taking another look, we can confirm that it is not in violation of our Terms of Service. We have lifted the suspension of your account, and it is once again active and operational,” YouTube’s communication read.

Wolf subsequently told The Epoch Times that the restoration of her channel was incomplete, with thousands of subscribers having been removed and hundreds of thousands of views vanishing from the video with which YouTube took umbrage.

“[A]ny small business owner, or any news outlet, or any reporter” can be silenced by powerful outlets such as YouTube, Wolf lamented. She added that “damage can be done to their business or their reputation at any time … it’s not just about me, but it’s about Daily Clout, the community, and the people who count on us to keep them informed.”

Wolf strongly criticized the ease with which companies like YouTube can cancel individual voices, calling the growing media censorship “unsustainable if we want to survive as a democracy.”

Wolf suggested that “proposals to regulate social media platforms as utilities makes sense conceptually,” given that it is “not American to police speech in this way.”

She also raised concern over the “warp speed” at which the Chinese-style social credit system appears to be being implemented in the U.S.

Wolf was among the earlier voices to raise red flags about so-called vaccine passport schemes, calling the system “bio-fascism … of a bio-security state in which the freedoms and liberties of the West will be suspended.”

Regarding the implementation of a social credit system, she admitted to being “day and night terrified about it,” adding that she may be particularly prone to being targeted by the system as she was “one of the first voices to really raise the alarm about vaccine passports.”

Prior to her YouTube ban, Wolf had already been cancelled by Twitter in June for her criticism of COVID passports, with the company claiming, much like YouTube, that she violated their rules on COVID-19 information.

At the time, Wolf warned that the Chinese social credit system could be implemented through vaccine passports, telling Fox News that “[i]t is not about the vaccine, it’s not about the virus, it’s about your data. Once this rolls out, you don’t have a choice about being part of the system.”

“How does [the Chinese Communist Party (CCP)] keep a billion people under the thumb of a totalitarian regime?” she asked. “The CCP can find any dissident within five minutes, and that can happen here literally within months.”