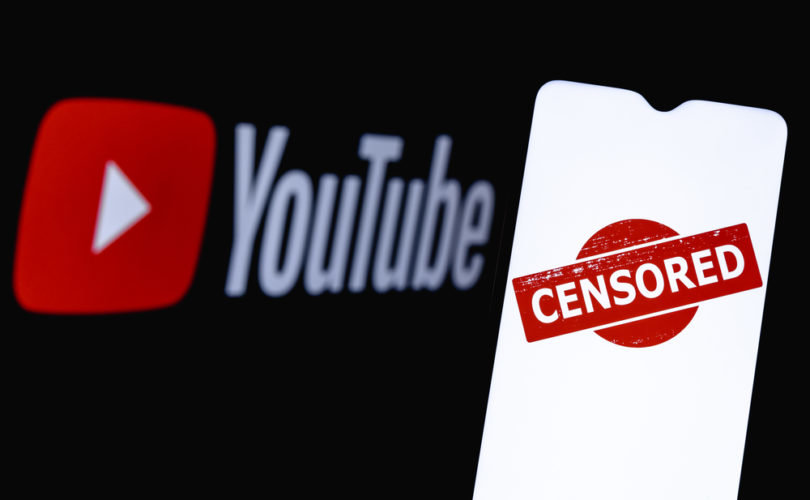 WASHINGTON, D.C, July 26, 2021 (Family Research Council) – YouTube has restored a video interview conducted by Family Research Council President Tony Perkins that was removed by the Big Tech giant on Monday, July 19 for “medical misinformation.” The video was restored three days after YouTube rejected an appeal filed by FRC over the video’s removal and one day after the press was notified of YouTube’s actions.

In the video, Mary Holland, president and general counsel of Children’s Health Defense, was interviewed about her organization’s lawsuit against Washington, D.C. over the city’s new law authorizing schools to administer vaccines to children eleven years of age and older without parental knowledge or consent. In the interview, Holland warned of the dangers of removing parental protections from medical decisions involving children. The interview was within the context of the COVID-19 vaccines but contained no medical information or medical advice.

The interview aired July 16 on Washington Watch with Tony Perkins, a program that broadcasts on nearly 800 Christian radio stations as well as Christian TV. On July 19, YouTube removed the interview from its platform. This was four days after the White House announced publicly that they would be flagging “disinformation” for Big Tech. FRC promptly appealed the YouTube decision the same day. The appeal was rejected by the Big Tech giant the next day, on July 20. It was restored after FRC issued a press statement on July 22, reporting on the video’s removal.

“We are glad to see our video restored on YouTube but recognize that there are many conservatives who are quietly being censored and do not have an adequate recourse to get the heavy hand of Big Tech giants like YouTube to budge. If it was not FRC ­– with a nationwide platform on nearly 800 radio stations and tens of thousands of engaged Christians reading our daily communications – would YouTube have admitted their error? It seems like Big Tech’s default setting is to shut up conservatives, requiring them to jump through hoops and file appeals in order to speak on issues from a perspective different from that of the Left. This should not be. Conservatives should not have to get media attention in order to be heard. YouTube is failing to live up to its stated mission ‘to give everyone a voice and show them the world.’

We should also be greatly troubled by Big Government’s effort to team up with Big Tech to ‘flag[] problematic posts’ that, in their eyes, ‘spread disinformation.’ We are witnessing an intensified attack on our First Amendment freedoms as Big Tech yields itself to the strings of Big Government, which wants to silence dissent. Big Tech should not become a puppet of Big Government – doing the dirty work for them. We know that Big Tech has yielded to the demands of tyrannical governments elsewhere.

“Americans need to wake up and realize that the Biden administration, like totalitarian governments in China, Russia, and elsewhere, are using COVID to restrict the fundamental freedoms of the citizens, and it will not stop here,” concluded Perkins.

To read the transcript of the interview, visit HERE.