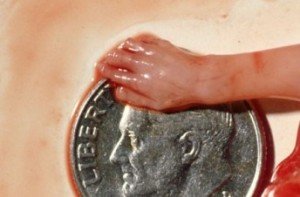 April 29, 2021 (Family Research Council) – In three short months, President Biden has broken his promise to bring America together under a moderate administration and has pushed policies more so aligned with the progressive wing of the Democrat Party than with the average Democratic voter. Even Representative Alexandria Ocasio-Cortez (D-N.Y.), one of the most well-known progressives in Congress, said on Friday that President Biden has “exceeded expectations.”

Yesterday on the Washington Watch, Tony Perkins and Montana Senator Steve Daines (R-Ind.) discussed some of the Biden administration’s most radical policies, specifically surrounding the issue of abortion. Senator Daines is the founder and chairman of the Senate Pro-Life Caucus, and explained just how pro-abortion President Biden has been, especially when contrasted with President Trump.

Daines said that President Trump was “the most pro-life president we’ve ever seen in terms of results and outcomes,” and called the progress made in fighting for the unborn under his administration “remarkable.” President Biden, in contrast, has systematically worked against the pro-life cause, and in light of his policies, both planned and implemented, it’s safe to say he’s not just pro-choice, but also “anti-life and very pro-abortion,” as Daines put it.

At FRC, our experts have tracked down an estimated $467 billion dollars in taxpayer funds in Biden’s COVID-19 relief package that lack key pro-life protections like the Hyde amendment, which means they can fund abortions and abortion centers.

This amount of funding that can subsidize the abortion industry is unprecedented, as the stimulus package President Obama signed to respond to the 2008 recession in his first 100 days only included an estimated $24.7 billion in subsidies for employer health plans that cover elective abortion.

Although Biden has historically supported the Hyde Amendment (which prevents federal taxpayer dollars from funding abortion), he changed his tune on the issue back in 2019 as more and more members of his own party began to challenge what had been for years a bipartisan policy.

Under Biden, the United States has also abandoned the Protecting Life in Global Health Assistance policy which expanded the original Mexico City policy to prevent all global health funds from going to overseas abortion businesses.

In the same move, Biden also reinstated U.S. funding to the United Nations Population Fund which supports pro-abortion policies, including China’s forced abortions, and withdrew the U.S. from an international effort to promote pro-life policies known as the Geneva Consensus. These sweeping pro-abortion policies were announced within the first couple of weeks of Biden’s administration, showing exactly where his priorities lie.

More recently, in March, Biden also proposed rule changes to the Title X family planning program to once again fund abortion businesses. Biden’s new rules undo the Trump administration’s policy which barred Planned Parenthood and other entities which either performed or referred patients for abortions from receiving funding from the federal government.

As Senator Daines put it, “times have changed,” and the Democratic Party has shifted from liberal to radical, leaving much of their own base behind in the process.

The one bright side to the Biden administration’s policies on abortion and other issues is that it might bring a backlash to the Democratic Party in the midterm elections of 2022. On the program, Tony and Senator Daines discussed how the U.S. might see something similar to what happened in 2010 and 2014, when Republicans unseated many Democrats in Congress in response to the Obama administration’s radical policies.

Any Americans concerned with President Biden’s apparent disregard for the natural rights of the unborn should speak out against his administration and the mainstream media’s efforts to paint his policies as “moderate.” Forcing Americans taxpayers to fund the killing of innocent human beings both at home and abroad will never be a moderate position.