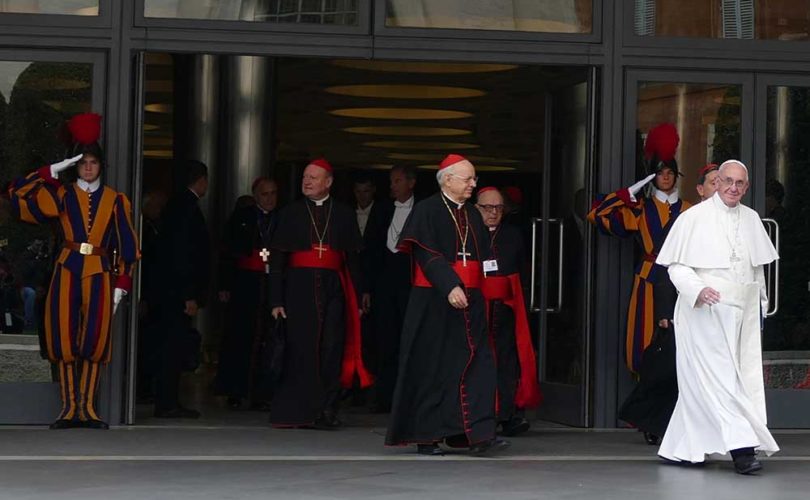 October 10, 2019 (CatholicCulture.org) — Did Pope Francis really really say that Jesus is not God?

Eugenio Scalfari, who made this sensational claim, cannot be treated as a reliable witness. He is an atheist, a Marxist, not a Christian. Although he has interviewed Pope Francis several times, he has not recorded the sessions or taken notes. He boasts of the ability to reconstruct conversations from memory: a technique that would be inappropriate for any responsible journalist, let alone one of Scalfari's advanced age (95).

Still Scalfari is no fool. He is a veteran Italian journalist, the founder and still the editor of La Repubblica, and one of the Pope's favorite interlocutors. And Scalfari does not merely summarize what he takes as the Pope's belief. He gives the Pope's response to that summary — putting the Pontiff's words inside quotation marks, as if to dare a direct denial. Why would he go out of his way to announce that the Roman Pontiff rejects a central doctrine of Christianity?

I can see several possible explanations for Scalfari's extraordinary statement.

In this latest case, why couldn't the Vatican announce, in clear contradiction of Scalfari's claim, that of course the Holy Father holds and teaches what the Church has always held and taught? The stakes are far too high to accept another bout of uncertainty; the confusion is far too widely spread. The faithful need unequivocal assurance that the Bishop of Rome accepts the Nicene Creed.