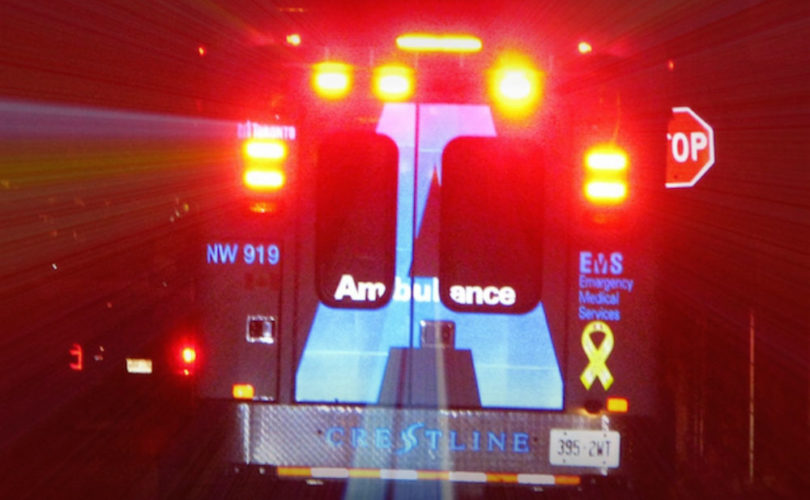 June 2, 2015 (Bound4Life.com) — The pro-choice movement coined the term “reproductive health” to promote contraception and ever-more-questionable methods to end pre-born lives worldwide. Far from empowering women, abortion has created a multifaceted marketplace that profits from killing the defenseless and using a woman’s body during pregnancy.

Globally, the health and safety of women is being threatened by a corrupt industry that exploits them and devalues human life. Detailed research reveals five emerging issues that pose immediate risks to women during maternity.

As many surgical abortion facilities close, the abortion-inducing drug RU-486 has increased the number of telemedicine abortions – known as telemed or webcam abortions.

This procedure induces a chemical abortion in an expectant mother when there is no doctor physically present. A physician consults with the mother via webcam; after explaining the abortion procedure, the drug is provided by the physician using a remotely-activated drawer that opens. There is no physical examination of the mother by the physician, and drugs are administered by staff who may or may not be licensed.

The Iowa Board of Medicine banned chemical abortions without a doctor present due to the increased health risks to the mother. This ban is being challenged by Planned Parenthood of the Heartland in a recent Iowa Supreme Court case.

Abortion-inducing drugs pose numerous health risks for women, including death. These risks are increased by misuse, such as in telemed abortions. The U.S. Food and Drug Administration (FDA) and the drug manufacturer of RU-486 have acknowledged the risks involved, and the FDA has a specific protocol for “safe” use of the drug. Many abortion centers are ignoring this protocol and the health risks to women in order to reduce costs.

In an interview with Bound4LIFE, Stanford University Ph.D. Michael New summarized a recent study on webcam abortion health risks. “This study of more than 50,000 abortion patients confirms the finding that telemed abortions are a lot more risky than surgical abortions,” said New.

“Their data shows the number of follow-up visits and emergency room visits are much higher for women having telemed abortions – the procedure has four times more risk of complications.”

In March, a Norwegian man was sentenced to six years in prison for mixing abortion-inducing pills into a smoothie in order to terminate his girlfriend’s pregnancy without her knowledge. According to news reports, the woman testified at the hearing that, “He tried several times to convince me to have an abortion, but it was not an option for me.”

The man bought the abortifacients online and first gave them to her as painkillers; when the first attempt “failed” he bought a new batch of pills and mixed them into a smoothie. Her doctor confirmed that abortion-inducing drugs caused the miscarriage.

With the increased use of abortifacients in the United States, a woman’s health is at risk both in accidental or coerced situations. A recent report by the pro-abortion Guttmacher Institute estimated that, while the abortion rate decreased by 13% overall, there has been an increase in chemical abortions. Chemical abortions now make up 22.6% of the total number of abortions.

“The Supreme Court has repeatedly held that states have an interest in protecting maternal health from the outset of pregnancy,” write two Americans United for Life scholars. “[This] provides strong support for regulations requiring abortion providers to abide by the protocol approved by the FDA.”

The Norwegian “abortion smoothie” criminal case warns women’s health advocates worldwide of an emerging threat to the lives of both mothers and children.

The inability to conceive a child is painful to deal with for those suffering from infertility. According to the CDC, about 12% of American women ages 15-44 suffer from infertility. Often it leads a couple to alternative conception measures such as in vitro fertilization (IVF) and surrogacy – the latter alternative to grow a family particularly controversial.

“Surrogacy is rife with controversy,” writes adoption expert Mirah Riben. “PBS, BBC, and Newsweek are among some of the many venues that have exposed concerns about international surrogacy in particular.” In the complex surrogacy process, achieved through a variety of arrangements, a surrogacy contract results in a woman carrying another couple’s pre-born baby.

As an alternative to infertility struggles, how much do we understand about surrogacy as it relates to the health and well-being of women?

France has made surrogacy – or “womb prostitution” as it is referred to – illegal based on it being a form of “exploitation of poor and vulnerable women.” France’s Demonstration for All group is defending marriage in their country based upon the right of every child to deserve a mother and father. “One of their strongest arguments against ending marriage is it will lead to more of this womb prostitution,” reports Family Research Council.

If traditional marriage is ruled against in the U.S. Supreme Court, how will this affect women? Will “womb prostitution” further devalue the beautiful, vital role of a mother? Surrogacy has massive repercussions for women. Not only does surrogacy exploit poor and vulnerable women, it degrades a woman’s body as nothing more than a “host” or commodity.

The need for children outside the norms of traditional marriage has the potential to create an unregulated market and a whole new form of human trafficking. Infertility will no longer be the only reason for the surrogacy option.

4. Harvesting embryos for organs assaults the sanctity of the womb

When some scientists hail “research breakthroughs,” a closer look reveals a dark underworld: an abortion industry that murders babies and sells their body parts to the highest bidder.

As reported previously by Bound4LIFE, the biotech company Ganogen, Inc. in Redwood City, California is harvesting kidneys from aborted babies. The company transplants fetal organs into lab rats where they can grow to a larger size – to be transplanted into a human patient. The process known as  Xenotransplantation  seeks “to grow human organs in animals, to end the human donor shortage.”

Those profiting from the killing of babies are an industry of death, devaluing women and their God-given ability to grow a life inside of them. Much like surrogacy, this emerging field of embryo harvesting is treating the womb as a profit hub under the guise of medical research. The possible threats to a woman carrying a healthy, viable baby are endless when economic gain becomes involved with harvesting human body parts.

The womb is a sacred life sanctuary; a woman suffering from infertility realizes this innately. The ability to grow a life is a remarkable blessing. An ethical society cannot allow women’s bodies to be used to manufacture organs for “medical research.” It not only crosses moral boundaries but defies fundamental women’s rights.

Dr. Jeffrey Jensen plans to use the $5 million grant from the Bill and Melinda Gates Foundation to halt “unplanned, unwanted” pregnancies. In a report from the Portland Business Journal, Jensen said, “My goal is very simple: to make every pregnancy planned and highly desired.”

Bill and Melinda Gates have been strong supporters of population control; millions of their Foundation funds have gone to promote contraception and abortion worldwide. Gates is even developing a “remote control contraceptive device that would be injected into women and release contraceptive and abortifacient chemicals into her system for as long as 16 years.”

Aside from concerns that population control strategies repeat the tragic eugenics history of Margaret Sanger, these permanent sterilization methods risk women’s health and safety (along with ending the lives of their children) driven by the myth of overpopulation. Yet the Gates Foundation has found an ally even in Christian singer Amy Grant.

The Gates Foundation uses baseless claims that millions of women in developing countries would like to delay or stop unwanted pregnancies but don’t have access to contraception. Why is the answer to this problem permanent sterilization instead of education and better health care?

Stephan Phelan of Human Life International responds to this human rights abuse: “There is no justice in manufacturing a supposed demand for poor women to be sterilized, when what these women always say they want most when asked is better basic health care, education, opportunity, and just governance.”

As these five emerging issues reveal, moral and ethical clarity must undergird society’s protection of women and children. “Praying for the ending of abortion is no simple matter,” said Bound4LIFE Executive Director Matt Lockett recently. “We must understand the ever-changing tactics.”

Reprinted with permssion from Bound4Life.com.