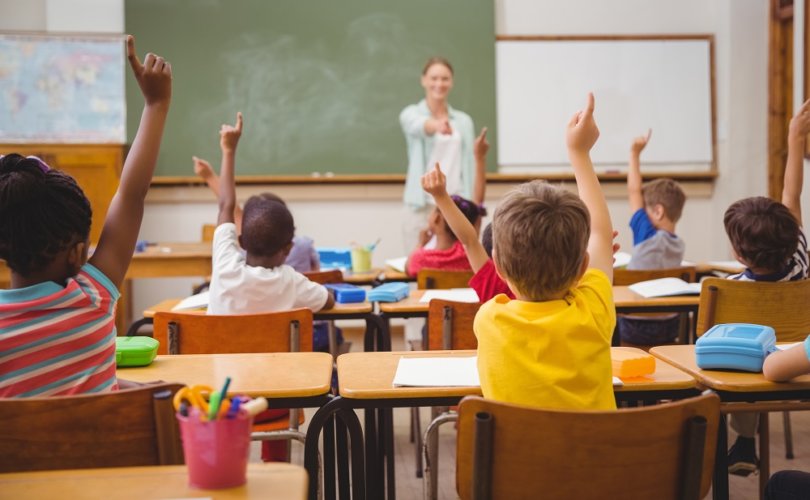 November 18, 2019 (LifeSiteNews) — Progressives are busy smashing the innocence and dreams of our youth, but they aren’t doing it without thought. They have their reasons.

They are ultimately ungodly and foolish reasons revealing base instincts, flawed values, the direct influence of the demonic realm, or all of the above.

What are the explanations? Here’s a list of their most frequent excuses.

1. It’s for the “safety” of kids. A key goal of the “LGBT” crowd is to put traditional moral standards on defense, so one tactic is to co-opt bullying prevention programs. Many current lessons imbed a deceptive idea in otherwise positive messages — be kind; don’t be a bully; and to avoid this abhorrent label, be an ally and supporter of “LGBTQ” behaviors and identities. The pro-homosexual National Education Association, the nation’s largest union, has pushed and funded this duplicitous idea for over a decade, even quoting the invalid online GLSEN “School Climate Survey.”

Propagandists often pair acceptable messages with extremely questionable ones. Today, they use children as human shields for “LGBT” agenda goals.

So what does “support” for these newly created homosexual and gender-confused kids look like? A school must allow no warnings about these behaviors or objections, which make these students feel “unsafe.” A violation of the First Amendment? Medically and morally inaccurate? It doesn’t matter as long as the “gay” lobby can get parents to fall for this.

So students in the “gay straight alliance” club at West Linn High School in Oregon recently walked out of school to protest the Chick-fil-A food truck serving school football games. An official at the school said they were considering the students’ position as with all “potential safety concerns.”

Chick-fil-A is unsafe? No, here’s what’s unsafe — being prevented from hearing the truth that God has marvelously designed sex for one man and one woman in holy matrimony.

Children are starving for the nourishment of moral reality.

Praise God, some parents are responding, “Over my dead body.” There are a few lovely victories, like the school board in Battleground Schools (Wash.) turning down the obscene “FLASH” CSE program.

After the legalization of same-sex “marriage,” homosexual activists went full steam to demand through many avenues (including the NEA) that school lessons must include respect for “LGBT” behaviors. “Respect” means normalizing early sex, graphic details of sex acts, and lessons with same-sex role-playing scenarios.

3. Children asked for it. Another excuse given for shoving pro-abortion and “LGBT” misinformation at kids is that “kids want this.” Yes, so whatever behavior kids have been taught to demand, in some schools, they get. The child empowerment movement pushes the bolder kids in front of school boards. Some are already hardened activists screaming that their rights are being infringed, on their way to a college affiliation with Antifa.

Cathy Ruse described the climate in the Fairfax (VA) schools as including cuddling polyamorous groups of kids in the halls — “throuples” and “quadruples” (rhymes with couples). And at the same school, there are now “furries,” students who believe they are animals and self-identify as cats, foxes, etc.

One drag queen admitted in an interview recently that the goal was indeed to “groom the next generation.” Grooming is the term describing pedophile actions softening a child’s resistance to adult sexual contact.

A drag queen in the Seattle area performed an explicit strip act for kids. Another in Minneapolis was filmed “flashing himself” with partial nudity. Another invited little kids to lie on top of him after the reading time. Several of these deviant males have past convictions of child molestation and involvement in prostitution.

5. Homosexual expression or gender “transition” will prevent suicide. Playing the suicide card is a frequent part of the game here, where parents are told, “If you don’t affirm your daughter in her new identity as a male, she will kill herself. Do you want a live son or a dead daughter?” So against your common sense, your faith, and everything you knew about your child prior to the current corruption overload, you are persuaded by an “affirming” counselor that mutilating her healthy body is the best course of action.

But here’s where mythology collides with truth. No one is born in the “wrong sex body” and suicide risks remain high, according to research, even after taking hormones and undergoing mutilating surgery.

An entire new activist group is now forming — “de-transitioners” — young adults now outraged over the deformed bodies and limited futures that have been handed to them. They will never conceive children. They are disfigured, often sexually dysfunctional. And the future holds the very real prospect of cardiovascular disease, cancer, diabetes, and osteoporosis at young ages. All because of a deviant and unsupported agenda everyone thinks is “inclusive.”

It’s actually the opposite. When your ideology excludes the truth, everything else is a high-stakes gamble.

Sometimes I think I’m living in a fun house with crazy mirrors where very little is what it seems. But that’s why we must keep turning to the Lord and standing with Him in the power of the Holy Spirit.

And speaking out. Pastors, please address this from the pulpit. We are to be salt and light.

Jesus is the frame of all wisdom and sets us free, and He will direct our paths.