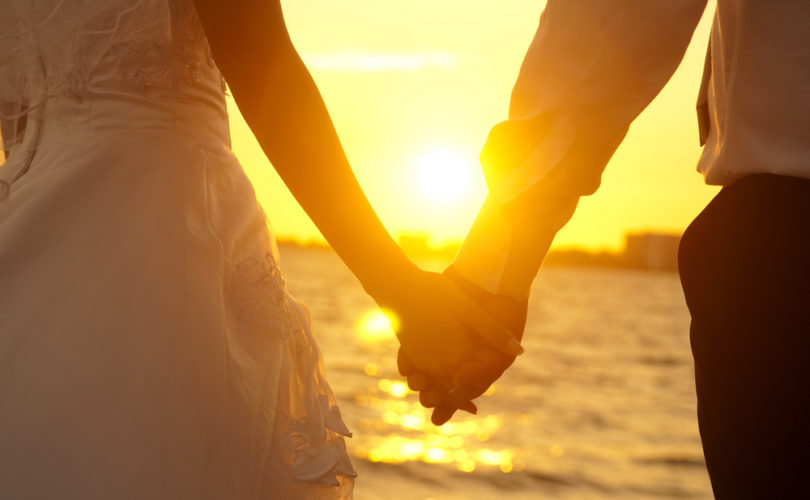 February 13, 2015 (AlbertMohler.com) — The release of the Fifty Shades of Grey movie, timed for Valentine’s Day, is a more important and lamentable event than many Christians may realize. What the movie represents is nothing less than the evolution of pornography in an age increasingly distant from a biblical vision of sexuality and human dignity.

This means that Christians believe the radical truth that nothing good can be ugly, that nothing untrue can be beautiful, and that everything beautiful and true is also good.

To attempt a separation of the good, the true, and the beautiful is, by Christian understanding, both impossible and self-defeating. Furthermore, the attempt to separate them is sinful — an act of defiance.

For this reason the Christian worldview insists that the face of a child with Down syndrome is infinitely more beautiful than an airbrushed model on the cover of a fashion magazine. The model may be pretty, but every human being is beautiful, simply by virtue of being made in the image of God. That grounding of human dignity points to the fact of our creation by a loving and merciful God, who made us in his image, and revealed this truth in our very existence and in our capacity to know him. He revealed this truth explicitly in Holy Scripture, and this means that every single human being, at every stage of development, possesses full human dignity.

The corruption of the gift of sex is, more than often realized, an assault upon that human dignity that is the Creator’s gift. The attempt to declare beauty at the expense of goodness and truth is at the heart of the problem of pornography. Now, we live in a society fast losing even a sense of shame about its pornographic obsessions.

While many had noted the attraction of so-called “romance novels” to many women, the arrival of the Fifty Shades series announced that the culture at large was ready to shift to what can only be described as explicitly pornographic. Furthermore, the plot line of the series, now quite well known in the larger society, is devoted to forms of sexuality that had historically been defined as perverse and abusive.

The lost sense of shame is not only documented in the unprecedented sales of the series in book form, but also by the mainstream celebration of the movie.

A culture that is determined to reduce all sexual morality to the issue of adult consent is now ready to eat popcorn while watching the corruption of the gift of sex and, in effect, granting approval to the vision of sexuality that is the film’s very essence.

This next stage in the evolution of pornography combines, in an unprecedented way, male-oriented visual pornography with female-oriented narrative pornography. The movie is being marketed on Valentine’s Day as an adventure for couples — something offered to both men and women.

That something is a lie. The late U.S. Senator Daniel Patrick Moynihan spoke of our tendency to “define deviancy down.” That is one of the marks of our age. The Fifty Shades movie will not be legally defined as obscenity or pornography. In our age, almost nothing is. But biblically speaking, there can be no question about the fact that the Fifty Shades phenomenon is explicitly pornographic — defined in the New Testament by the Greek word porneia — which refers directly to any illicit sexual impulse or act. Pornography, whatever its form, is intended to produce that wrongful sexual impulse.

Going to see Fifty Shades of Grey, or reading the book series, is an exercise in pornographic intent and effect. It is also an act of defiance against the goodness of the gift of sex as granted to humanity by God. Furthermore, the series is an assault upon the dignity of every human being.

The loss of shame in modern society is championed as a sign of cultural progress in many circles and as a step forward in mental health by many therapists. More than anything else, however, it points to the depth of the confusion that inevitably accompanies the corruption of God’s gifts.

Christianity celebrates the unity of the good, the beautiful, and the true in God himself. In obedience, we must seek to unify the true and the beautiful and the good in our hearts and minds — and in our bodies.

Words from the Book of Common Prayer‘s service of Holy Matrimony will serve us well here. Christians know that the good, the true, and the beautiful are always and evermore united. What God has joined together, let no one tear asunder.