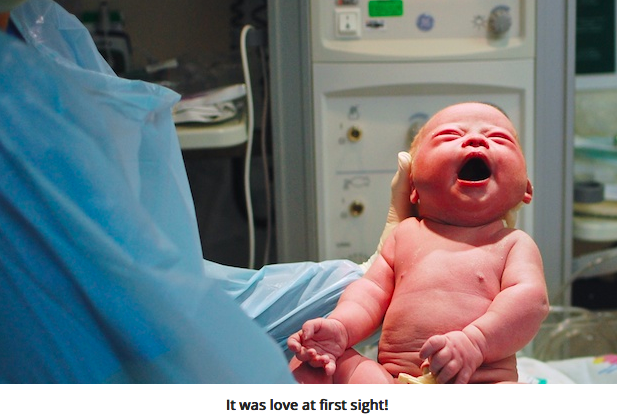 According to Dr. Brian Skotko, a pediatric geneticist, over 90 percent of babies diagnosed with Down syndrome are aborted. While some babies are undoubtedly aborted based on a flawed prenatal testing result or inaccurate medical counseling after a diagnosis, children like Noah Smith are proving that – regardless of the circumstances – Down syndrome is not an acceptable reason to end a child’s life.

Noah’s dad writes a delightful blog, informing readers of Noah’s adventures and providing invaluable information to other parents of children with Down syndrome. He writes:

We are doing something really unique by telling the story of our son’s life via one-minute, daily videos. We believe that he has a story worth sharing, and we hope you’ll help us share his story; the story that all children (regardless of a disability) are so worth loving.

One of his most popular posts is “Noah’s Birth Story: How Down Syndrome Changed Our Lives…For the Better.” For another story about a dad who wanted to abort his daughter with Down syndrome, but changed his mind, go here.

Doctors told Easton’s mom that he was missing organs and would probably die in utero. Abortion was recommended, but this baby’s mom chose life. Today, at nearly two years old, Easton is thriving:

“Easton’s personality is so funny,” she [his mom] said. “I seriously have never met a funnier baby. […] He is very sweet, as well! He loves to make you laugh and loves to laugh along with you. We always have so much fun together! Then there’s the naughty toddler Easton and he knows what to do to get his way!”

The mothers of Titus Steng and Grayson also chose life, despite doctors’ predictions. And both of their sons are proving the doctors wrong to this day.

3) I Already Made Up My Mind: Rebekah Chaveste

Rebekah’s story is a miraculous one “that shows it’s NEVER too late to change your mind about abortion!” Rebekah had already taken the first dose of a medication abortion – also called RU-486 or mifepristone – when she realized she actually wanted her child to live.

She found abortionpillreversal.com and called their toll-free number: (877) 558-0333. Nurses are always available on this line, and one directed Rebekah to a doctor who could help reverse her abortion. Months later, little Zechariah was born.

A young woman wrote to another young woman on my personal blog about choosing to give life to her child, even if she had to do it on her own:

I know your scared. I was so scared and my ex wouldn’t even let me tell my friends. I felt so alone, but when I finally told them, I got so much support, and my best friend even went with me to tell my parents. Sometimes you need that buffer. … I would at least listen to your baby’s heart beat. That literally chanced my mind completely. …

I even went with my ex-boyfriend (the father of my daughter) to the first appointment to get an abortion. But as soon as I heard her heart beat, I knew I couldn’t do it. My boyfriend pressured me, but I knew that no matter what, even if I gave her up for adoption, at least she would be alive. … I didn’t want my mom to know either, and I hid my pregnancy from my parents actually till about a few weeks ago. (I’m 6 months pregnant now).

It didn’t go well, so I understand how hard it is. I’m not even on speaking terms with my parents. But at least I know that my daughter will have my love no matter what. My ex is barely in the picture, only coming around when he feels like it. There are places that can help you. My advice would be to at least hear your baby’s heart beat. Believe me, it is probably the most amazing thing I have ever experienced and the reason I am now going to raise my daughter on my own without my parents or her dad. …

During the 2012 presidential campaign, Americans got to know Bella Santorum, the young daughter of Senator Rick Santorum. Many parents abort children with Bella’s diagnosis. And yet, Bella’s beautiful face caused many to take pause and think about the “moral implications” of abortion. TIME writer Joe Klein explained:

They [Rick and Karen Santorum] have spent the past three years caring for their daughter Isabella, whose genetic defect, trisomy 18, is an early-death sentence. “Almost 100 percent of trisomy 18 children are encouraged to be aborted,” Santorum told Schieffer.

I am haunted by the smiling photos I’ve seen of Isabella with her father and mother, brothers and sisters. No doubt she struggles through many of her days — she nearly died a few weeks ago — but she has also been granted three years of unconditional love and the ability to smile and bring joy. Her tenuous survival has given her family a deeper sense of how precious even the frailest of lives are.

All right, I can hear you saying, the Santorum family’s course may be admirable, but shouldn’t we have the right to make our own choices?

Yes, I suppose. But I also worry that we’ve become too averse to personal inconvenience as a society—that we’re less rigorous parents than we should be, that we’ve farmed out our responsibilities, especially for the disabled, to the state—and I’m grateful to Santorum for forcing on me the discomfort of having to think about the moral implications of his daughter’s smile.

Vaida’s mother, singing sensation Kimberly Henderson, recently shared her decision not to abort Vaida. This little girl is Kimberly’s fourth child, and Kimberly was still in her mid-twenties. Some would say she should abort. And in fact, she had an abortion scheduled.

But seven hours later, Kimberly walked out of the abortion facility. Kimberly became convinced that her daughter was a valuable human being, and that it would be wrong to take her life. She didn’t want to make a “horrible, horrible decision,” and took strength in a Bible verse and the words of her friends.

I fumbled through my wallet to find my driver’s license and out fell a card a couple left on the table Saturday night when I was working… It had their church name on it.. …

“Don’t be afraid, for I am with you. Don’t be discouraged, for I am your God. I will strengthen you and help you. I will hold you up with my victorious right hand.” – Isaiah 41:10

I knew God was speaking to me. Two of my best friends called me just in time and said the most comforting things. “I will be there for you…There’s a reason God gave you that gift.”

I told the lady I changed my mind.

Kimberly shared photos of herself and Vaida on Facebook, along with their story, and she reported that “(i)n a little over 24 hours my post has reached 28 MILLION people.”

Countless women commented, telling how they, too, had walked out of abortion appointments. Others wrote in the comments that they would cancel their own appointments after hearing about Vaida and so many other children who had been given life.