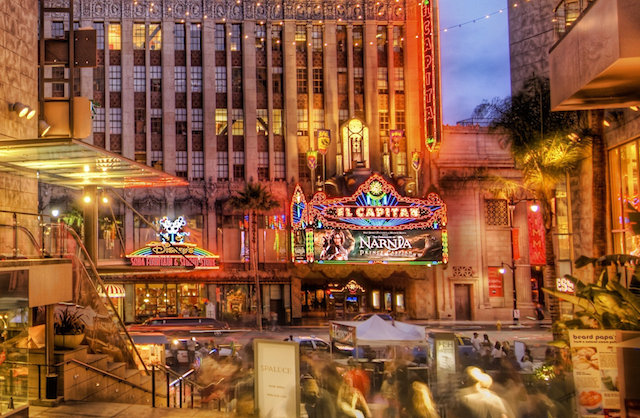 February 19, 2015 (Bound4Life.com) — As Hollywood rolls out the red carpet for the 87th Annual Academy Awards this weekend, the creative work of filmmakers will be applauded by audiences around the globe.

For many, movie theaters have become the temples of our culture: where people go to be inspired, revved up, choked-up, or stretched in their understanding of what life means.

It’s no accident that Jesus presented truth primarily in stories — parables of discovering treasure, planting seeds, even building beach houses (spoiler alert: big mistake). We are emotion-driven beings, and only by seeing a message in real life do we really catch it.

I will open my mouth in a parable, states Psalm 78, a prophecy Jesus would fulfill centuries later. I will utter dark sayings from of old, things that we have heard and known, that our fathers have told us.

Pro-life advocates can appreciate that, every year, more well-crafted films champion the value of each unique person. As audiences generally watch movies to escape from drama or difficulties, be warned: these stories deal with heavy, often dark, life-or-death issues. There’s not always a happy ending. And viewer discretion is advised, particularly on films rated PG-13 or R.

Limited only to titles currently on Netflix Instant (streaming as of 2/19/15), this list provides a few easy-to-find movie options when your family or group of friends want to consider and discuss the weighty issues of life.

Summary: After running away from her abusive mother, a streetwise teen (Vanessa Hudgens of High School Musical fame) seeks refuge with her father — but he rejects her when he learns that she’s pregnant. Also starring James Earl Jones (Star Wars).
Themes: Beauty and struggle of pregnancy, mother-child bonds, power of true friendship

Summary: This grave documentary spotlights the cultural traditions that surround widespread female gendercide and violence toward women in India and China (see latest on the One Child Policy). Featuring Reggie Littlejohn of Women’s Rights Without Frontiers and other pro-life leaders.
Themes: Sex-selective abortion, parents’ rights, the wonder of every new life

Summary: Stranger Sam Doonby’s arrival affects everyone in a little Texas town, especially as he seems to have a knack for preventing disasters. This brilliant parable has moments of levity, overwhelmed by an intense finale. Norma McCorvey (“Roe” of Roe v. Wade) has an important cameo role, trying to talk a young girl out of an abortion.
Themes: Potential of every pre-born life, living a life of honor, abortion and lost dreams

Summary: During Australia’s aboriginal integration program, three girls are torn from their families. Placed in an abusive orphanage, they vow to get home and escape the reach of a determined government official (Kenneth Branagh of Valkyrie).
Themes: Mother-child bonds, eugenics, failure of national family planning

Summary: A Jewish waiter (Oscar winner Robert Benigni), his wife and their son are sent to a concentration camp, where the waiter tries to protect his son’s innocence by playing a game.
Themes: Father-child bonds, horrors of the Holocaust, finding hope amidst hopelessness

Summary: Stunned by the truth of her birth, Hannah sets out on a road trip with a band of misfits to discover her past and find hope for her future. Directed by the Erwin Brothers (Mom’s Day Out, Woodlawn), based partly on the true story of Gianna Jessen… and there was more than one miracle story on-set.
Themes: Post-abortive healing, father-daughter bonds, love of the birth mother

Recognizing the vital work of creating culture and telling good stories, Bound4LIFE often champions the work of filmmakers — recently including the short film Crescendo, documentary One Generation Away and dystopian drama The Giver.

This month it’s particularly heartening that The Drop Box, a gritty true story of one man’s life-saving work in South Korea, will premiere in theaters nationwide on March 3.

Josh M. Shepherd serves as Communications Manager at Bound4LIFE International, a grassroots movement to pray for the ending of abortion and for revival worldwide. This Bound4LIFE article was reprinted with permission.