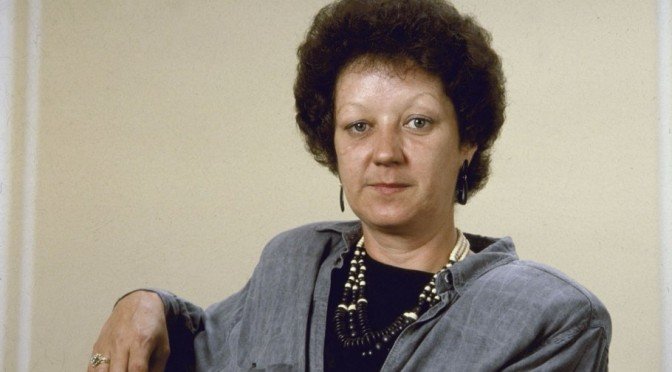 “You read about me in history books, but now I am dedicated to spreading the truth about preserving the dignity of all human life from natural conception to natural death.”

January 25, 2016 (LiveActionNews) – Norma McCorvey, also known as “Jane Roe” of Roe v. Wade, was the plaintiff that attorneys, Sarah Weddington and Linda Coffee, used in the Texas court case that struck down all laws against abortion throughout the United States. Today, McCorvey is pro-life.

1) “The entire basis for Roe v. Wade was built upon false assumptions.”

In an affidavit McCorvey submitted to the District Court of New Jersey in 2000, she says:

Virtually the entire basis for Roe v. Wade was built upon false assumptions. No meaningful trial to determine the real facts was ever held.

The misrepresentations and deceptions that plagued Roe v. Wade are presented to this Court …. These facts, which were neither disclosed to me in 1970 nor to the plaintiffs of this case before they had an abortion, are critical for understanding the issues involved. …we obtained a decision in Roe v. Wade based upon what abortion advocates wanted women to be able to do, not what women were truly capable of.

2) “I didn’t know during the Roe v. Wade case that the life of a human being was terminated.”

McCorvey became pregnant during a low point in her life. She was homeless and living in a public park, and her other two children were being raised by others. A lawyer she was speaking to about adoption referred her to Weddington and Coffee.

The lawyers allegedly fawned over McCorvey, taking her out to eat and giving her lots of attention. They complained about being unable to find the perfect plaintiff for their case to make abortion legal. They told McCorvey that she was the ideal case. According to McCorvey:

They said yes, “You’re white. You’re young, pregnant, and you want an abortion.” At that time, I didn’t know their full intent. Only that they wanted to make abortion legal and they thought I’d be a good plaintiff. I came for the food, and they led me to believe that they could help me get an abortion.

During our meeting, they questioned me, “Norma don’t you think that abortion should be legal?” Unsure, I responded that I did not know. In fact, I did not know what the term “abortion” really meant. Back in 1970, no one discussed abortion. It was taboo, and so too was the subject of abortion. The only thing I knew about the word was in the context of war movies. I had heard the word “abort” when John Wayne was flying his plane and ordered the others to “Abort the mission.” I knew “abort” meant that they were “going back”. “Abortion”, to me, meant “going back” to the condition of not being pregnant.

I never looked the word up in the dictionary until after I had already signed the affidavit. I was very naive. For their part, my lawyers lied to me about the nature of abortion. Weddington convinced me that “It’s just a piece of tissue. You just missed your period.” I didn’t know during the Roe v. Wade case that the life of a human being was terminated.

3) “The courts…I feel used me to justify legalization of terminating of the lives of over 35 million babies.”

McCorvey trusted her lawyers, and signed the affidavit of Roe v. Wade without reading it. Knowing little about abortion procedures, McCorvey believed Weddington when she told her that abortion was removing “a bit of tissue.” McCorvey explains why she later felt exploited:

At that time, I was a street person. I lived, worked, and panhandled out on the streets. My totally powerless circumstance made it easy for them to use me. My presence was a necessary evil. My real interests were not their concern.

Weddington and Coffee did nothing to improve McCorvey’s situation. They knew she was on the street addicted to drugs, but never helped her or directed her to help. They merely used her, and then decided that her story was not compelling enough.

Weddington and Coffee made up the fiction that McCorvey had conceived out of gang rape. This was a lie, but was it passed on to the court and the media as though it were true. McCorvey would later say:

Although I was an emotionally abused child, and a sexually abused teenager, I believe the worst abuse was inflicted by the judicial system. In retrospect, I was exploited by two self-interested attorneys.

Worse, the courts, without looking into my true circumstances and taking the time to decide the real impact abortion would have upon women, I feel used me to justify legalization of terminating of the lives of over 35 million babies. Although on an intellectual level I know it was exploited, the responsibility I feel for this tragedy is overwhelming.

4) “There were dead babies and baby parts stacked like cord wood.”

After the Roe decision, McCovery became a pro-choice icon. But at a pro-choice march, McCorvey had an encounter that left her confused and troubled. A young woman came up to her and said:

“I just think it’s, like, cool – what you’ve done; how you’ve made it possible for me to get my abortions.”

“Abortions?” I said, stressing the word, How many have you had?”

I cringed…I could understand a woman making one mistake. I could even understand the woman making the same mistake twice. But half-dozen times? ….I had to get away from her. I couldn’t stand there and talk to her anymore.”(1)

Despite this uncomfortable experience, McCorvey went on to work in the abortion industry.

I worked in several abortion facilities over the years. In fact, I even worked at two clinics at the same time, and they were all the same with respect to the condition of the facilities and that “counseling” the women receive.

One clinic where I worked in 1995 was typical: light fixtures and plaster falling from the ceiling; rat droppings over the sinks; backed up sinks; and blood splattered on the walls. But the most distressing room in the facility was the “parts room.”

Aborted babies were stored here. There were dead babies and baby parts stacked like cord wood. Some of the babies made it into buckets and others did not,….. The stench was horrible. Plastic bags full of baby parts, little tiny hands and feet visible through the jars, frozen in blood. The abortion clinic’s personnel always referred to these dismembered babies as “tissue.”

5) “No one even explained to the mother that the child already existed and the life of a human was being terminated.”

Working in filthy abortion facility conditions wore her down, but McCorvey still supported abortion. She describes abortion “counseling” at the facilities:

While the manners of the abortionists and the uncleanliness of the facilities greatly shocked me, the lack of counseling provided the women was perhaps the greatest tragedy. Early in my abortion career, it became evident that the “counselors” and the abortionists were there for only one reason – to sell abortions. …There was never an explanation of the procedure.

There was never time for the mother to reflect or to consult with anyone who could offer her help or an alternative. There was no informed consent. In my opinion, the only thing the abortion doctors and clinics cared about was making money. No abortion clinic cared about the women involved. As far as I could tell, every woman had the name of Jane Roe.

6) “Clinic workers suffer, the women suffer, and the babies die.”

McCorvey recalls another incident that troubled her. A woman was getting a second trimester abortion at her clinic, and saw the hand of her preborn child.

After we discussed prices, she decided to save the extra $250 we charged for general anesthesia, so she was awake at the start of the abortion.

Unfortunately, she looked down during the procedure and saw the baby’s hand as the doctor took it out.

I heard her gasp, saw what she saw, and quickly covered her eyes, but it was too late. She had already passed out.

When she came to, the doctor was finished. The young woman looked up at me with horror in her eyes and asked me about what she had seen.

“I don’t know what you are talking about,” I lied.

“Honey, I was there the whole time, and I didn’t see a thing. You must have imagined it.”

If you think it was hard maintaining my composure in such situations, you’re right. Believe me, it takes a lot of beers to make yourself forget what you’re doing.(2)

McCorvey says the deception at her abortion facility was bent on dehumanizing the preborn child:

After I saw all the deception going on in the abortion facilities, and after all the things that my supervisors told me to tell the women, I became very angry. I saw women being lied to, openly, and I was part of it. There’s no telling how many children I helped kill while their mothers dug their nails into me and listened to my warning, “Whatever you do, don’t move!” I can assure the court that the interest of these mothers is not a concern of abortion providers.

Because I was drunk or stoned much of the time, I was able to continue this work for a long time, probably much longer than most clinic workers. It is a high turnover job, because of the true nature of the business. The abortion business is an inherently dehumanizing one. A person has to let her heart and soul die or go numb to stay in practice. The clinic workers suffer, the women suffer, and the babies die.

7) “I long for the day that justice will be done and the burden from all of these deaths will be removed from my shoulders.”

Roe’s pro-life conversion came about when pro-lifers moved into a building across the street and began to reach out to her and the other clinic workers (you can read details about how her conversion came about in her book Won by Love). Now firmly in the pro-life movement, she wants to undo the harm her case caused:

I long for the day that justice will be done and the burden from all of these deaths will be removed from my shoulders. I want to do everything in my power to help women and their children. (3)