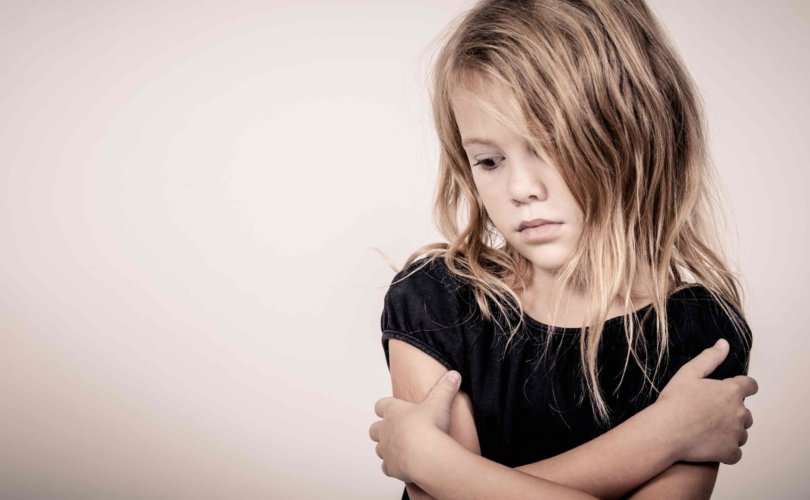 October 11, 2013 (WND) – So much for the left’s “consenting adults” rhetoric on sex. Forever the consummate conservationists, our self-described “progressive” friends at the ACLU, MSNBC and elsewhere have been ramping-up efforts to downsize from “consenting adults” to merely “consenting” – a far less cumbersome qualifier in the noble struggle for unrestrained sexual license.
Tolerating “intergenerational romance” for “minor-attracted” adults is all the rage these days.

Ever hear of Kaitlyn Hunt? Over the past year or so this poor, misunderstood lesbian woman’s “anti-gay persecution” has become a cause célèbre among “gay rights” activists and other left-wing purveyors of perversion.

Oh, sure, her minor victim allegedly “consented” to what the “Free Kate” crowd has portrayed as a harmless tryst – but, of course, by law children below the age of consent cannot consent to sex with adults. Period.

Still, the “progressive” establishment evidently felt that, for whatever reason, this was their hill to die on – this was the case that might help them realize the historical “gay rights” goal of rolling-back most, if not all, age of consent laws – statutes designed to protect children from adult sexual predators like, well, Kate.

Veteran journalist Robert Stacy McCain has covered the Hunt case extensively. In a recent piece for the American Spectator headlined “Kaitlyn Hunt is guilty and, yes, there is a movement to ‘normalize pedophilia,’” McCain writes: “Kaitlyn Hunt is a criminal. We can state that as a Neutral Objective Fact, now that the 19-year-old former cheerleader has pleaded ‘no contest’ to multiple felonies related to her sexual affair with a minor. What remains is the question of what her plea in a Florida courtroom Thursday means for what Rush Limbaugh has called the movement to ‘normalize pedophilia.”‘

Here’s the answer: There is no question. There is categorically a movement to normalize pedophilia. I’ve witnessed it firsthand and, despite “progressive” protestations to the contrary, the “pedophile rights” movement is inexorably linked to the so-called “gay rights” movement.

Two years ago I – along with the venerable child advocate Dr. Judith Reisman – attended a Maryland conference hosted by the pedophile group B4U-ACT. Around 50 individuals were in attendance, including a number of admitted pedophiles (or “minor-attracted persons,” as they euphemistically prefer).

Here are some highlights from the conference:

You may also recall that Mr. Obama appointed Kevin Jennings, founder of the “Gay Lesbian and Straight Education Network,” or GLSEN, to the post of “safe schools czar.” The position is now defunct, ostensibly due to national outrage over Jennings’ appointment.

In keeping with the thinly veiled goals of B4U-ACT, GLSEN seems to be “running interference” for pedophiles, having tacitly advocated adult-child sex through its “recommended reading list” for kids.

This of no surprise when you consider that one of Jennings’ ideological heroes was Harry Hay, the “founding father” of homosexual activism. “One of the people that’s always inspired me is Harry Hay,” he has said glowingly.

Was Harry Hay fringe? No, not among “gay” activists. He’s an icon. Again, he was just honest. In 1983, while addressing the pedophile North American Man/Boy Love Association, or NAM/BLA, Hay said the following:

If he were alive today, Harry Hay would likely have led the movement to “free Kate.”

And by “free Kate,” he would have meant – and they actually mean – “free us.”

And by “free us,” of course, what they really mean is “free children.”