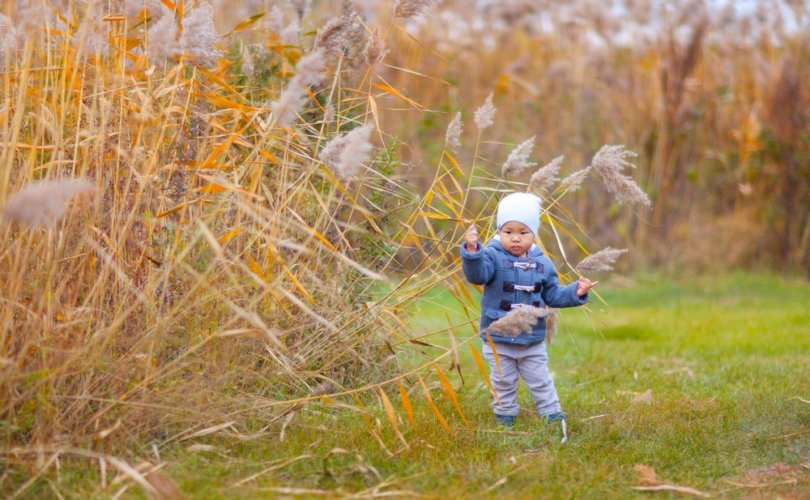 February 27, 2018 (LifeSiteNews) – Imagine five adults, for whatever reason, choose to pool their resources and purchase a human being. They select the desired traits – sex, race, hair, eye color and potential intellect – as if they were choosing appliances for their kitchen remodel. They purchase an egg and sperm and they rent a uterus. When the baby is born, all five adults are listed as parents on the birth certificate issued by Washington State.

That scenario could be entirely possible if Washington State Legislators pass SB 6037, ‘The Uniform Parentage Act.” Don’t breathe a sigh of relief yet, Washington is not alone in unraveling the connection between parents and children. New Jersey, Rhode Island, Hawaii, Virginia, Massachusetts and Delaware are all in the process of passing similar legislation.

Outrageous as it sounds, the Washington State Senate has already passed SB 6037 and the and House Judiciary Committee has voted to send the bill to the floor of the House – now we shall see if the House Representatives have the stones to reject this dangerous legislation. This bill legalizes commercial surrogacy in Washington, incentivises the rental of wombs and endorses the sale of children. And because this bill doesn’t even require any of the parties involved be residents of Washington – not the donors, nor the surrogate, nor those purchasing the child – Washington will become a global destination for the trafficking of children.

Further down the rabbit hole, SB 6037 states “intended parents” need not be genetically connected to the child. In other words, it means that children born of reproductive technologies are subject – by law – to a completely fabricated family tree. Further, “intended parents” can be any combination of adults. They can be any gender, married or not and the best part, living or deceased. That’s right. It means a dead, non-biologically related person can be named in birth records. Neither does this bill limit the number of “intended parents” to two. Section 513 permits the adjudication of “more than two parents” for a child. So there is a very real possibility that five men, for example, could create a child through surrogacy and all have the power of the state enforcing their parental rights.

Feeling uneasy? You’re not alone. There are already hundreds of adult “test-tube babies” angry they were intentionally denied their right to know, and be known by, both of their biological parents. They are troubled by the fact that their attributes were selected from a catalogue and many feel commodified, as if they were bought and sold, probably because they were bought and sold.

Child placement services have come to embrace open adoption policies because social workers understand how much adopted children benefit from connections with their birth family. That’s because in adoption, the child is the client, not the adults. Ideally, every child that needs a home is placed with loving parents. But more importantly, not every adult who wants to adopt is successful. This is a paramount distinction so it bears repeating; the desire of the adopting adults is never the paramount consideration, the needs of the child are always considered first. The vetting of potential adoptive parents is exhaustive. They must welcome home visits, provide references, be fingerprinted and complete post-adoption assessments. These important steps are state law because statistics reveal that children living with a biological stranger are at increased risk of abuse and neglect. Neither an “intent” to parent nor being in a romantic relationship with a child’s biological parent will mitigate that risk. Google the words “mother’s boyfriend” and you’ll know exactly what I mean.

In contrast, the booming fertility industry is not a critical institution that exists for children, it’s a market that caters to adults. Fertility clinics consider only the desires of their adult customers because their motive is profit. Worse yet, they prey on desperate would-be parents who either do not consider the ramifications for the child they’ve spent their life savings to create or who simply don’t care. We wouldn’t be privy to their thought process anyway because there is absolutely no screening of any kind for those commissioning the child; no background checks, no references and no supervision. Zero consideration is given to the needs of the children they help produce. SB 6037, and other bills which sanction third-party reproduction and commercial surrogacy, disregards decades of adoption “best practices” and grant custody of a human child to anyone that possesses the means to purchase one. The “best interest of the child” is mentioned in SB 6037 only in regard to breach of the contract to address disputes among the sellers of gametes, womb renters or commissioners of the child in question. In other words SB 6037, and other similar legislation, has no interest in what’s best for the child.

Ironically, for the adoptee, government involvement is intended to mitigate the devastation caused by the loss of their parents. However, for the children subject to SB 6037, government will do the opposite. This bill not only normalizes their loss, it enforces it.

The reality is that it’s never in a child’s “best interest” to be commodified and trafficked no matter how much an adult wants a baby. Nor is the “best interest” of a child a function of how much power special interest groups wield in Washington State. As one donor-conceived woman puts it , SB 6037 will result in “the wholesale ransacking and plundering from what should not be for sale or forsaken, from those who cannot yet speak.”

Stacy Manning is a stay-at-home mother of three and contributing editor at ThemBeforeUs. She is a lifelong resident of the Greater Seattle area.