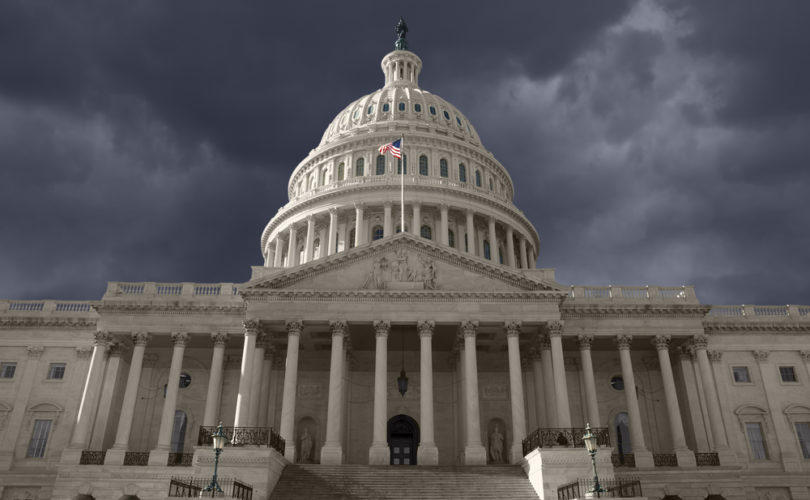 Make no mistake, the proponents of same-sex marriage won this round, and they won big.Shuterstock

Well, same-sex marriage may well be an issue whose time has come in the culture, due to the massive moral shift that has taken place over the last few decades, but the nation’s highest court has decided that now is not the time for it to take up such a case. Faced with the opportunity either to stop same-sex marriage in its tracks or to hand down a sweeping decision tantamount to a new Roe v. Wade, the Court took a pass.

Some will argue that the Court’s decision was a strategic choice intended to preserve its dignity and stature. Already, many defenders of natural marriage are doing their best to argue that the Court’s refusal to take a case is better for the cause of marriage than a sweeping decision in favor of same-sex marriage. The proponents of same-sex marriage had hoped for just such a decision, and attorneys were jockeying for position, wanting to be the lead counsel for the “gay marriage Roe decision.” But make no mistake, the proponents of same-sex marriage won this round, and they won big. They did not get the sweeping coast to coast ruling they wanted, but what they got was an even faster track to the same result.

Had the Court taken one of the cases, the oral arguments would not have taken place until early 2015, and the decision would not be likely until the end of next June. Until then, same-sex marriage would be on hold to some degree. Now, the Court’s decision to allow lower court rulings to stand sends an immediate signal — it is full steam ahead for same-sex marriage coast to coast.

As of last week, 19 states and the District of Columbia had legalized same-sex marriage by one means or another. The Court’s decision not to take one of the cases from the lower Federal courts means that every one of them stands. Therefore, not only will same-sex marriage be legal in the states that made a direct appeal, but in every state included within the same U.S. Circuit.

But the Court’s decision also sent another even more powerful message. The remaining federal courts were put on notice that same-sex marriage is now the expectation of the Supreme Court and that no appeal on the question is likely to be successful, or even heard. You can expect the lower courts to hear that message loudly and clearly — and fast.

This day in U.S. legal history will be remembered for many years to come as a landmark day toward same-sex marriage. It was the day the nation’s highest court took one of the lowest paths of least resistance. It now seeks to maintain its prestige by avoiding the backlash the Court experienced in the aftermath of Roe v. Wade in 1973. It wants to have its victory without taking further risks to its reputation.

Given the recent remarks made by Justice Ruth Bader Ginsburg, even some of the Court’s most liberal justices wanted to avoid a backlash while achieving the same eventual result. Today’s announcement means that their hopes were achieved.

But the decision today also indicates something further — it points to the vindication of Justice Antonin Scalia. When the Court handed down the decision striking down all state sodomy statutes in 2003, Justice Scalia declared that it meant the end of all morals legislation. The majority opinion in that decision was written by Justice Anthony Kennedy, whose legal reasoning was ridiculed by Scalia in one of his most scathing dissents.

Kennedy, said Scalia, had created “a massive disruption of the current social order,” that could not be stopped. Further: “Today’s opinion is the product of a Court, which is the product of a law-profession culture, that has largely signed on to the so-called homosexual agenda, by which I mean the agenda promoted by some homosexual activists directed at eliminating the moral opprobrium that has traditionally attached to homosexual conduct.”

Eleven years earlier, Scalia had dissented from another Kennedy majority opinion, that time on abortion. Justice Kennedy had sustained a right to abortion, maintaining the central impact of Roe and pushing further toward a mysterious existential argument. Kennedy had written, “At the heart of liberty is the right to define one’s own concept of existence, of meaning, of the universe, and of the mystery of human life.”

Scalia famously rejected that language as Kennedy’s “sweet-mystery-of-life passage,” and he saw that same reasoning behind the Lawrence decision.

But Scalia also said this about the 2003 decision: “This reasoning leaves on pretty shaky grounds state laws limiting marriage to opposite-sex couples.” Further: “Today’s opinion dismantles the structure of constitutional law that has permitted a distinction to be made between heterosexual and homosexual unions, insofar as a formal recognition in marriage is concerned. If moral disapprobation of homosexual conduct is ‘no legitimate state interest’ for purposes of proscribing that conduct … what justification could there possibly be for denying the benefits of marriage to homosexual couples?”

Even more recently, Justice Kennedy was the author of the Court’s majority opinion in the Windsor decision striking down the federal government’s Defense of Marriage Act. That decision, handed down in June of 2013, set the stage for today’s development in a big way.

Once again, Justice Scalia saw it coming. He called the Court’s decision to strike down DOMA “jaw-dropping” in both its audacity and its reasoning. Then he offered these memorable words: “As far as this Court is concerned, no one should be fooled; it is just a matter of listening and waiting for the other shoe.”

That “other shoe” was the inevitability of same-sex marriage as a national reality.

What happened today at the Court — or perhaps what didn’t happen — is a direct vindication of Scalia’s warnings. He saw it coming and he warned us.

What the Court’s majority has now decided, evidently, is to allow shoes to fall at the hands of lower courts that will follow its reasoning and obey its signals.

The news from the Court today means a sad vindication for Justice Antonin Scalia. It means an even sadder day for marriage in America.

And it means, no matter what you think you heard or didn’t hear from Washington, that the other shoe has dropped.