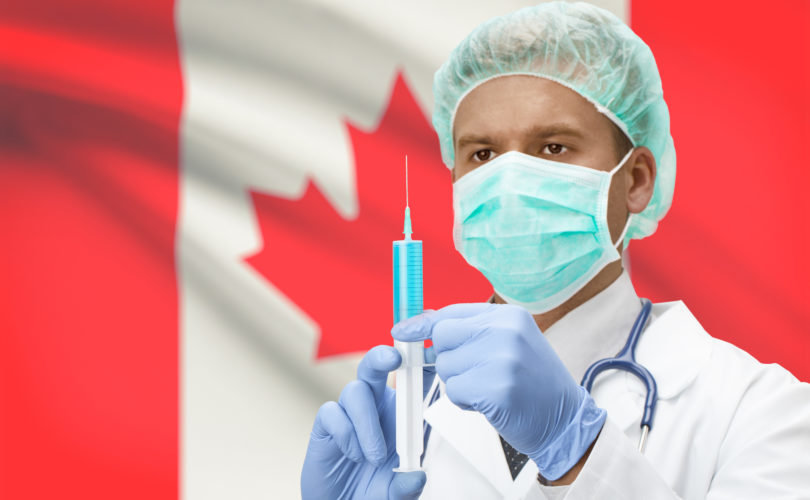 October 20, 2016 (LifeSiteNews) — Several news outlets across Canada recently carried an opinion piece by Daphne Gilbert, an Ottawa University law professor who argued that faith-based hospitals, hospices, and extended care institutions should be forced to participate in providing euthanasia and assisted suicide, even though it would violate their moral convictions.

Quite apart from her stand-alone arguments about the rights of patients to medical aid in dying, I want to challenge her misuse and misrepresentation of the Loyola High School vs. Quebec ruling from the Supreme Court of Canada.

But back to her main argument first. Gilbert argues thus: The Supreme Court ruling in Carter recognized a right to medical aid in dying while acknowledging that individual doctors had a right to conscientiously object. But no such right to object and abstain was assigned to institutions in Carter.

But horror of horrors, Catholic hospitals are nonetheless claiming such a right, making them, according to Gilbert, at once “one of the biggest impediments” and “the Achilles heel in government efforts to breathe life into a right to die.”

Gilbert denies such a right exists. She cites the minority opinion in Loyola to justify this, without ever mentioning it is the minority view. This deserves some elaboration.

However, the minority agreed Quebec had violated Loyola’s rights, but in a much longer judgment they sought to pare that right down to nearly nothing.

Most important, the minority ruled that such an institution can assert religious rights under the Charter of Rights and Freedoms only if “it is constituted primarily for religious purposes.”

This leads Gilbert to claim that “publicly funded hospitals do not satisfy this test and therefore have no institutional claim to freedom of religion.”

But if the motives of the founders and current operators are considered, then Loyola is dedicated to providing education from Catholic teaching. The motive of Catholic hospital operators remains that of the religious orders that founded and for a century staffed their hospitals across Canada: to implement the command of Jesus Christ to care for the sick (and clothe the hungry, comfort the widow, etc.)

So Gilbert’s view is not the view of the Supreme Court. What of her second argument? That Catholic — or Jewish — or Protestant hospitals that receive public money are therefore disqualified from claiming a right to conscientiously object.

But surely doctors who conscientiously object are also paid entirely through Medicare without it abrogating their right to dissent and abstain.

What’s more, hospitals and doctors that accept public funds are obliged only to deliver the services they are paid to deliver; it does not mean they have sold their souls as well. It has long been conceded that Catholic hospitals do not do abortions, for example. Not that Gilbert would agree this is a good thing. But she cannot deny it is a real thing.

Gilbert’s view is certainly shared by the Obama administration in the U.S., it must be noted. The idea is that religious freedom applies to churches and private life only but not to the institutions created by religious people.

Nobody complained, however, about religious overreach when the Sisters of Misericordia and the Sisters of Providence were founding half the hospitals across western Canada and the U.S.

Right here in Victoria, the first nurses, during a catastrophic smallpox epidemic, were Catholic sisters who came as teachers. But they were motivated by the commands of Christ, and they served from the beginning  anybody who needed help, as did their fellow religious across Canada, the U.S., Europe and, now, Africa, regardless of their patients’ faiths.

But according to the Obama administration and a minority of Supreme Court judges in Canada, that actually works against those institutions claiming religious rights. Better they had served only fellow believers and turned the general public away at the door.

Gilbert says she is all about the rights of people to die in dignity. But she is ignoring two other groups: nurses who want nothing to do with killing their patients, and patients who want to die at their bodies’ own pace, without fear of being pressured into accepting medical aid in dying. Two such groups have combined to start a petition for their rights too.