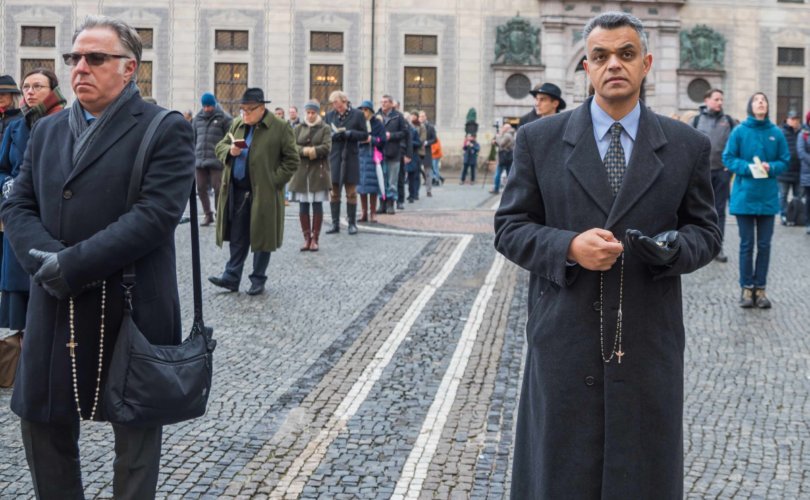 Last week the US Seventh Circuit Court of Appeals unanimously upheld a district-court ruling that had struck down same-sex marriage bans in Indiana and Wisconsin. Judge Richard Posner wrote the decision, a brilliant piece of rhetoric which was studded with sparkling one-liners and dripping with sarcasm. “Hero Federal Appeals Judge Burns Down the Case Against Gay Marriage” was the headline in Gawker, a widely-read website. “A masterpiece of wit and logic,” was the verdict of Slate’s columnist.

Since the 75-year-old Posner is the most-cited legal scholar of the 20th Century and one of America’s leading public intellectuals, his views are bound to be influential as same-sex marriage heads for the Supreme Court.

But stripped of their sequinned garments Posner’s views are not as muscle-bound as they first appear.

His strength is identifying absurd inconsistencies in arguments and using them to pry open the door for new interpretations. For instance, he points out that Indiana bans marriages of first cousins until they are well past the age of procreation at 65. “Elderly first cousins are permitted to marry because they can’t produce children; homosexuals are forbidden to marry because they can’t produce children,” he writes.

There are many entertaining Gotcha moments in his decision, too many, in fact, for they distract readers from his weakness on the fundamentals. His case rests on three legs, all heavily reliant on social science scholarship.

First, he argues that homosexual orientation is genetic, an immutable and innate characteristic rather than a choice. To support this he cites a 2008 brochure from the American Psychological Association – not exactly the summit of genetic scholarship, although admittedly, it is the APA’s official view. However, no genetic cause has yet been identified; homosexuality’s origin is still an open question.

Besides, if homosexuality is genetic, it should have disappeared according to evolutionary theory, as homosexuals do not produce offspring. Posner acknowledges that this is a problem, but says that the “kin selection hypothesis” shows that homosexuality is compatible with evolutionary theory. What he doesn’t say is that the kin selection hypothesis is so controversial that it has been criticized by the Harvard evolutionary biologist who popularized it in the first place, Edward O. Wilson. Whether this is true or false is a matter for the scientists to work out. But the genetic origin of homosexuality is unsettled and contestable. It is hardly a firm plank on which to base a revolution in US marriage law.

Second, he argues that same-sex marriage does no harm to the institution of marriage or to society at large. This is a claim which is impossible to prove in less than two generations. The precedents are not promising. The last revolution in marriage, no fault divorce, was described as a blessing in the 1960s. But after a half-century experiment, it has led to huge changes in family structure, legions of single mothers, violence against spouses, child welfare, a declining marriage rate and so on.

Third, Posner says that the welfare of children should be front and centre of arguments about marriage. Since marriage is the best place to raise children, he argues, it is discriminatory to deny homosexual couples the right to raise their children within the framework of marriage.

But he only considers the material benefits of a hefty household income. The real question is whether a marriage with a mother and a father is the best place to raise children. Posner ignores almost completely the psychological effects on children of growing up in a heterosexual marriage, focused as he is on the rights of adults.

How could such a brilliant scholar offer such conventional arguments about social morality based on such weak evidence? The answer is that Posner does not believe in morality.

I am not exaggerating. This is a plain statement of fact.

In 1997 Posner gave the Oliver Wendell Holmes Lectures at Harvard Law School, an honour given to outstanding legal scholars. “The Problematics of Moral and Legal Theory” is an amazing document in which Posner defends his view of the relationship between morality and law. He calls himself a “moral subjectivist”, arguing that “an individual acts immorally only when he acts contrary to whatever morality he has adopted for himself. I am sympathetic to this position.”

The consequence of this stand lead Posner into some eyebrow-raising assertions. Here are some of them.

It is impossible even to say that a practice like female genital mutilation is wrong, although it may be abhorrent in our society.

“Defenders of the practice claim that it is indispensable to maintaining the integrity of the family in those communities. The claim is arguable, though I do not know whether it is correct. If it is correct, the moral critic is disarmed, for there is no lever for exalting individual choice or sexual pleasure over family values.”

There are no actions which are always everywhere wrong, even infanticide:

“A person who murders an infant is acting immorally in our society; a person who sincerely claimed, with or without supporting arguments, that it is right to kill infants would be asserting a private moral position. I might consider him a lunatic, a monster, or a fool, as well as a violator of the prevailing moral code. But I would hesitate to call him immoral.”

And – amazingly – even genocide can only be condemned because it runs across the laws of evolution.

“One reason for the widespread condemnation of the Nazi and Cambodian genocides is that we can see in retrospect that they were not adaptive to any plausible or widely accepted need of the societies in question.”

And the Nazis cannot be condemned in any objective way. In the light of the moral standards of the countries which won World War II their actions were appalling crimes. But these were just the feelings of the victors.

“It was right to try the Nazi leaders rather than to shoot them out of hand in a paroxysm of disgust. But it was politically right… it was not right because a trial could produce proof that the Nazis really were immoralists; they were, but according to our lights, not theirs…

And democracy itself is not sacrosanct. Why shouldn’t an elite govern the proletariat? Only because the proletariat has the power to resist. But an autocracy would not be wrong.

“There is nothing in theory to refute a Nietzschean project of maximizing the power of an elite; it just is not in the cards in an age in which the growth and diffusion of wealth have made ‘ordinary’ people self-confident and assertive.”

Slate praised Posner’s opinion as “deeply moral”. This is a mistake. His slap-down of arguments in support of traditional marriage is deeply amoral. It is typical of Posner’s Nietschean scepticism of the possibility of any objective ethical standards. Morality is about identifying what actions are consistent with human flourishing. If Posner professes ignorance on this score, how can he possibly be a guide for what will make children, families, and society flourish?

In 1974 he floated the idea of buying and selling babies in a now-famous article. He contended that a market in babies would solve the problem of a shortage of babies for adoption caused by the legalisation of abortion. A mind for which baby trafficking confers substantial public benefits was never going to see problems with placing babies in the care of married same-sex partners.

A profile of Posner in the academic magazine Lingua Franca sums him up well: “a gifted but wayward mind, given to reductive, simple minded analysis of the variegated human experience, seduced by a cynical narrative of power and survival; a dogmatic, heartless, calculating machine in pursuit of cold-blooded efficiency”.

Reprinted with permission from MercatorNet.com.