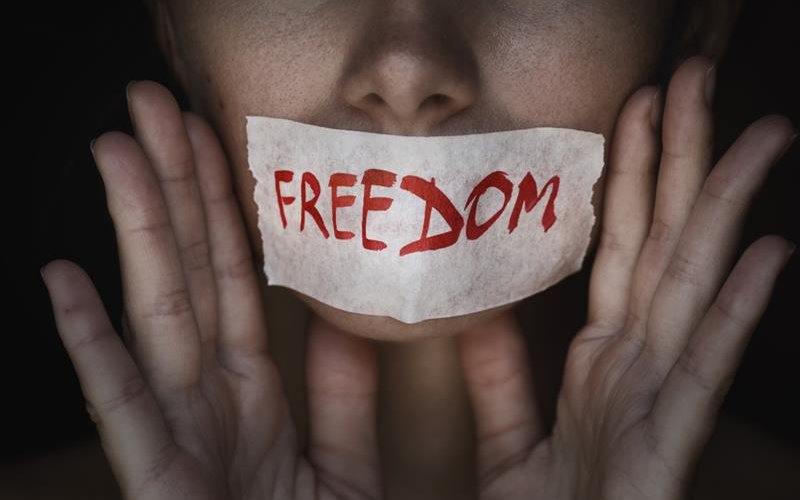 (BarbWire) – My name is Wendy and I was born in a small town in Virginia. I was in church, every time the doors were open, for as far back as I can remember. I also attended the Christian school within my church that was rooted deeply in an Independent Baptist doctrine. My mama was very sickly and was in and out of the hospital. I have a sister that is almost four years younger than me and baby brother that only lived for three days and then passed away.

Mama died Christmas of 1982, at the age of 32. At the time of her death, I was 11 and my sister was seven. My dad was a rage-a-holic and an alcoholic. He had wanted a boy so badly and lost his one and only son. I believe he decided to make me his boy, or at least that is how it seemed. Especially as I got older, he treated me differently than he did my sister. Here is an example: when I got my first car, before dad would give me the keys to drive it, I had to change the tire, without assistance, as he stood and watched. My sister, he just handed the keys.

My dad verbally and emotionally abused my family. He was a tyrant and as a little girl I thought to myself, if all men are like my dad, then I want nothing to do with men. I made a vow to never get married because men were not safe. Due to my family’s rigid and extremely conservative views, I knew that if I told them, they would not believe me. I remained painfully silent about being sexually abused. Satan stole my innocence and I was exposed to things that I should have never been. As a young child, I was attracted to women. My silence allowed Satan to cultivate a huge lie that confused my sexual identity. It was the birth of unnatural desires that would later manifest into full blown homosexuality.

I was in so much pain and confusion that one day I found some relief….with alcohol. I finally found something that would numb me and I could check out of reality. My drinking continued to get worse and worse. It is only by God’s grace and mercy that I did not get a DUI, go to jail, kill somebody or myself. I suffered with depression and often struggled with suicidal thoughts. One night, I was drinking and was holding my loaded gun, trying to talk myself into pulling the trigger. God saved me that night from taking my life with a phone call. I fully believe I was going to kill myself that night, but God’s loving grace and mercy poured out over me.

I had my first consensual sexual experience with a girl at the age of 15: this led me into one unhealthy relationship after another. But, sleeping with women was “safe” for me. It was the easy way out considering my fear and hatred towards men. All of those relationships ended the same way; with shame, regret, hurt, unmet expectations, broken promises, and emotional pain. Yeah, all that and then some! And to top it all off, I tried to drink it all away. The lie I bought from Satan was that I just hadn’t found the right girl…I just needed to find her. The problem was that there was no right girl. I was absolutely, completely out of the will of God and His divine plan for my life.

One day, a girl that I was trying to hook up with, invited me to church and I strongly declined. She continued to ask me… So, I asked her, “If I agree to go with you to church, ONE TIME AND I DO MEAN ONE TIME, will you please stop asking me to go to church with you?” She agreed that if I would go one time that she would never ask me again, so I went. I remember it was in February 2007, on a Wednesday night. I cried like a baby through worship and for the first time in my entire life, I felt like I was HOME. I belonged.

I continued to go to church every time the doors opened. In April 2007, I rededicated my life to Christ. As a small child, I had made an emotional decision to be saved. I know today that I had never truly surrendered my life to follow Christ.

The Lord blessed me when I found a group of believers that struggle with same sex attraction that truly loved me with no judgment and taught me the root causes of SSA. God’s grace and His unfailing Love is what set me free from the bondage of homosexuality. He gave me a way out. God has totally redeemed me and saved me from the chains of alcohol addiction and sexual sin.

My heavenly Father began and will continue to heal all my hurts and fill the voids. I stand victorious and a child of the Most High King! Not because I deserve it but because I have a Savior that loved me first, while I was still a sinner. I have decided to walk and follow Christ. I will not let my past define me because I am who God says. I am beloved, cherished, a princess and daughter of the Lord, God Almighty! Thank you Jesus, for saving me from a life that was leading me straight to hell.

(BarbWire has chosen to withhold Wendy’s last name to protect her from the ‘LGBT’ attack machine. Nobody hates like the ‘tolerant’ left.)

Reprinted with permission from BarbWire.