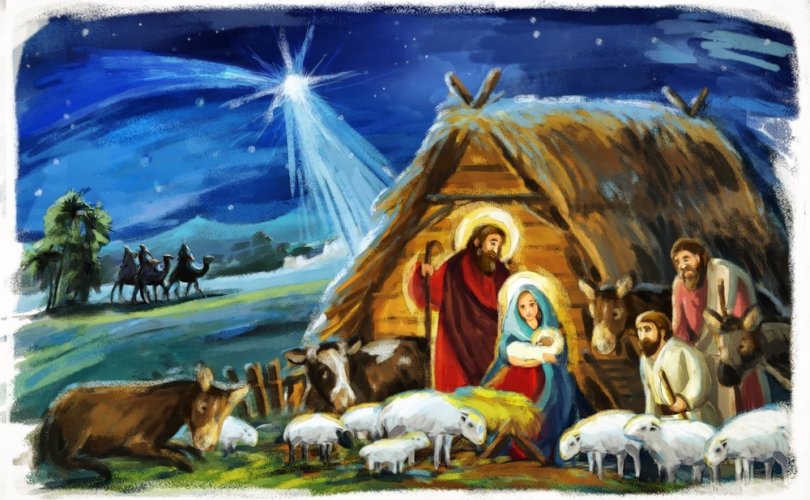 Decemer 24, 2020 (LifeSiteNews) – Each year, abortion groups celebrate the season by requesting donations and wishing everyone happy holidays. It is always ironic to see the spiritual descendants of Herod twist themselves into knots to acknowledge Christmas without being too religious, but I suppose it is also understandable. Nobody likes being left out, even those who spend the rest of the year dispatching God’s tiny gifts to the next world with scalpels and suction aspirators. This year, one abortion worker attempted to get particularly festive by topping a Christmas tree not with an angel or a star, but with a set of serrated forceps used to clamp on baby limbs and destroy baby bodies.

But there are other reasons abortion groups have such a complicated relationship with Christmas. Mary’s welcoming of an unexpected Child as a gift (indeed, to the whole world) is not the sort of story abortion activists wish to tell. Indeed, every year around this time some of the angrier feticide fans post memes fantasizing about the Virgin Mary having an abortion, revealing that abortion advocacy and hatred of Christianity are nearly always inextricably intertwined. Abortion ideology is predicated on the idea that we must not sacrifice for others, and the Christmas story is the ultimate rebuke to that idea.

There is also the fact that when the Word became flesh, God Himself became a pre-born child. God became a zygote, an embryo, a fetus, and a baby. It is unfathomable to our puny minds to understand how the Creator of the universe could have entered the world as a tiny, helpless Child in the womb, but it is nonetheless true. When Elizabeth, carrying John the Baptist below her heart, met Mary the Mother of God, her child—then a fetus—leapt in the womb to greet his Saviour, also a child in the womb. What are abortion activists to do with this story?

Even the language abortion activists use reflects the fact that their worldview is antithetical to the Christmas message. This is my body, broken for you, said the Savior. My body, my choice—and we will sacrifice any who interfere with our lives, say the abortion activists. The abortion worldview is merely a perverse inversion of the Gospel message, the triumph of selfishness and bloodshed over innocence and beauty. They will deny it. They try to dress up their message in the language of rights. But the truth is incontrovertible. The result of an abortion is a dead baby. That is the point of abortion. That is why people get them.

When abortion activists, who traffic in death, misery, and regret, wish everyone a happy holidays, I suspect they know that it rings hollow. The abortion industry is responsible for millions of empty places at millions of tables. Their forceps and needles have stopped hearts and broken hearts, and the holiday season often reminds those who made this awful choice of those who are not with them. Planned Parenthood and their abortion allies have it all wrong. Success, to an abortion activist, is an empty cradle and a full grave. The essence of the Christmas story is a full cradle and an empty grave.