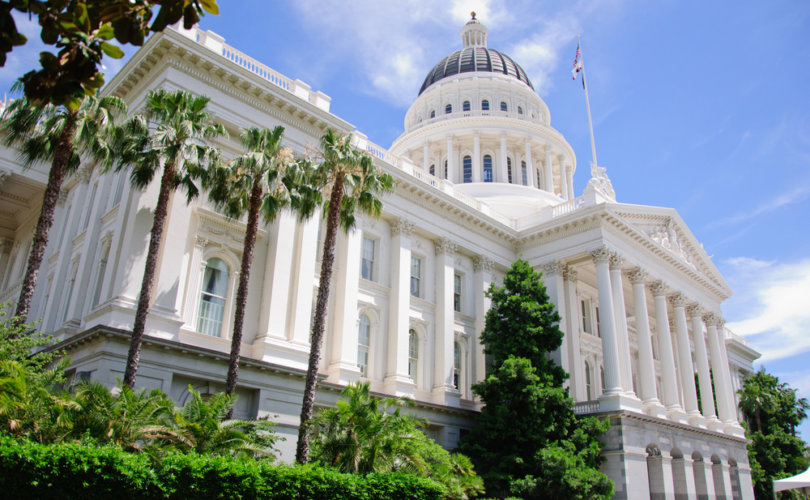 June 26, 2016 (BreakPoint) — Earlier this year my BreakPoint colleague, John Stonestreet, told you that the U. S. Department of Education, under pressure from LGBT groups such as the Human Rights Campaign, agreed to create a public, searchable database of Christian colleges and universities that obtained Title IX waivers based on claims of religious freedom.

John and others called it a “Christian college hit list” because it will allow LGBT activists to target Christian colleges for harassment and possible legal challenges. Sen. Ron Wyden and several other Democrats in the Senate say the waivers “allow for discrimination under the guise of religious liberty.”

Christian colleges, for their part, say the exemptions are nothing new and allow religious schools, for example, to provide male-only or female-only dorms. They fear the database will make them easy targets for those who hate them.

You think those fears are overblown? Well, fast-forward to today.

The California state Senate has passed a bill that would make it harder for Christian institutions to obtain religious exemptions from anti-discrimination laws protecting LGBT individuals, and make state grant money more difficult to obtain while making it easier for students and staff to sue them.

California, by the way, is the nation’s largest state and home to more than 30 higher education institutions that possess religious exemptions to federal or state anti-discrimination laws—at least for now.

The bill’s author, Sen. Ricardo Lara, claims LGBT students and staff have been expelled or fired based on their sexual orientation or gender identity. Lara says, “These universities have a license to discriminate, and students have absolutely no recourse.” Actually, not true—there are plenty of public and private universities in California to choose from that openly accept LGBT lifestyles.

The bill, S.B. 1146, requires schools receiving the exemptions to disclose them publicly. It would also allow religious exemptions only for seminaries or religious vocational training schools, not colleges and universities—so most Christian schools would, in the end, be unable to enforce standards of conduct based on their faith.

While this challenge to religious liberty only concerns California, we all know that what goes on in California, particularly when it comes to matters of culture and law, doesn’t stay in California.

Shockingly, S.B. 1146 has received scant notice in the press, either inside or outside the state. Julia C. Duin of the excellent GetReligion blog, wonders why. “Where is the secular media on this?” Julia asks. “If the shoe [were] on the other foot and the state legislature was pondering a bill perceived as anti-gay, don’t you think the state’s largest newspapers, not to mention TV or radio, would be all over it?”

Apparently these vaunted defenders of free speech have forgotten the importance of freedom of religion—which is also part of the First Amendment!

On his Facebook page, Robert George, the Princeton law professor and past chairman of the United States Commission on International Religious Freedom, notes a worrisome trend in America right now. “Many among the liberal secularist faithful,” George writes, “assume that Christians, Jews, Muslims, and others who hold to traditional principles of sexual morality hate those who think and act contrary to those principles. That’s false and dangerous. What’s even worse, though, is that many appear to think that they are justified in hating, and even seeking to impose civil disabilities upon, those who stubbornly refuse to accept liberal secularist ideology.”

You bet! You might even call it a license to discriminate.