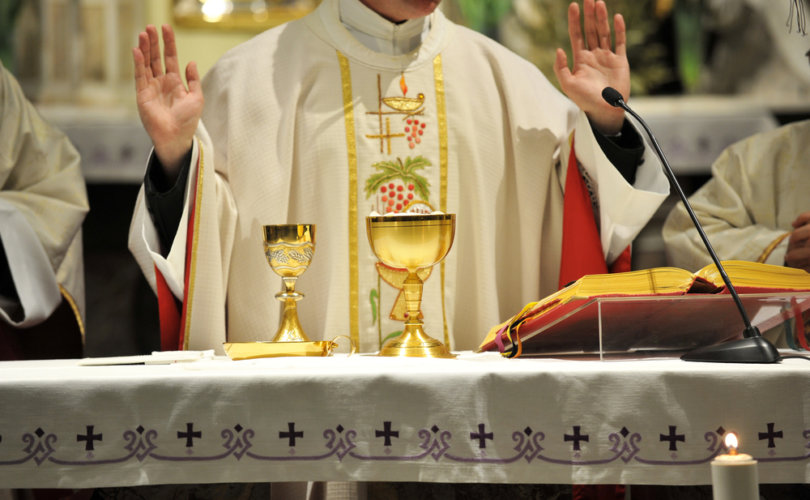 May 2, 2017 (CatholicCulture) — The Archdiocese of Boston has opened a new church. That news drew headline coverage, in a city that has become more accustomed to stories about church closings.

To be perfectly honest, the news stories are a bit misleading. There have been a few new churches opened in Boston in the past 60 years, but they have been new buildings rather than new parishes: new churches that were constructed to replace buildings that had been destroyed by fire or by the wrecking ball. As a matter of fact, that’s also the case with the latest building, the church of Our Lady of Good Voyage.

So unless I’m mistaken, the overall count remains unchanged: in the past 50 years, the Archdiocese of Boston has opened zero new parish churches. Over the same span, roughly 125 parishes have been shut down or merged into “cluster” units.

This might be understandable, if the Boston’s Catholic population had disappeared. But it hasn’t—at least not according to the official statistics. On paper, it has grown. There were about 1.8 million Catholics registered in the area covered by the Boston archdiocese 50 years ago; today the official figure is 1.9 million.

The trouble, of course, is that most of those 1.9 million Catholics aren’t practicing the faith. Consequently it should be no surprise that their sons don’t aspire to the priesthood. There were just over 2,500 priests working in the archdiocese 50 years ago; now there are fewer than 300. That’s right; nearly 90% of the priests are gone. If you can’t replace the priests, you can’t keep open the parishes.

Let’s be frank. These figures are not a cause for concern; they are a cause for horror. Panic is never useful, but something close to panic is appropriate here. Things have gone terribly, terribly wrong.

Our Lord commissioned us to “Go therefore and make disciples of all nations, baptizing them in the name of the Father and of the Son and of the Holy Spirit.” We’re not doing that. We aren’t even holding onto the people who were baptized into the faith. We should be bringing more people into the Church, not congratulating ourselves on minimizing the losses.

Although the situation in Boston is unusually bad, it is not unique. All around us, the same sad trends are in evidence. Parish closings and wholesale diocesan retrenchment programs have become familiar. How should we respond?

A) “This is a disaster! Stop everything. Drop what you’re doing. “Business as usual” makes no sense; this is a pastoral emergency. We don’t just need another “renewal” program, offered by the same people who have led us into this debacle. We need to figure out what has gone wrong. More than that. We know that the Gospel has the power to bring people to Christ; therefore it follows that we have failed to proclaim the Gospel. The fault lies with us. We should begin with repentance for our failures.”

B) “Don’t worry. Times change, and we have to change with them. Religion isn’t popular in today’s culture, but the faith will make a comeback sooner or later. We just need to keep plugging away, to have confidence, to remember God’s promise that the Church will endure forever.”

You see what’s wrong with argument B, don’t you? Yes, the Lord promised that the Church would last through the end of time. But he did not promise that the Archdiocese of Boston (or your own diocese) would last forever. The faith can disappear, indeed has disappeared, from large geographical areas—northern Africa, for instance.

Moreover, it’s both presumptuous and illogical to assume that the faith will make a comeback in another generation or two. The young adults who today don’t bother to marry in the Church are not likely to bring their children there for Baptism (if they have children). Those children, years later, aren’t likely to feel the urge to go back to their parish church (if it still stands), since they were never there in the first place. The Catholic faith is passed down from generation to generation. If parents stop teaching their children, those children have nothing to teach the grandchildren. In two generations, a thoroughly Catholic society can become mission territory. Look at Boston. Look at Quebec. Look at Ireland.

Finally, even if we could safely assume that the faith will recover in another 10 or 20 or 50 years, that would not absolve us, in this current generation, of our responsibility to evangelize.

Right now, people are going without the benefit of the sacraments, because of our failure and our complacency. Lives are being lost; souls are being lost. We are accountable.

So between the two responses, A) and B), there is no comparison. One might sound extreme, but the other is just plain wrong.

There are, sad to say, two other responses:

C) “It doesn’t really matter whether or not people go to church on Sunday. As long as we’re all nice people, God in his mercy will bring us all to heaven.”

D) “Don’t bother me with your statistics. Actually the faith is stronger than ever. Our parish/diocese is vibrant! You’re only seeing the negative.

Response C) is not Catholic. Response D) is—how shall I put this gently?—not rational. Unfortunately, I hear B), C), and D) much more often than A). Don’t you?