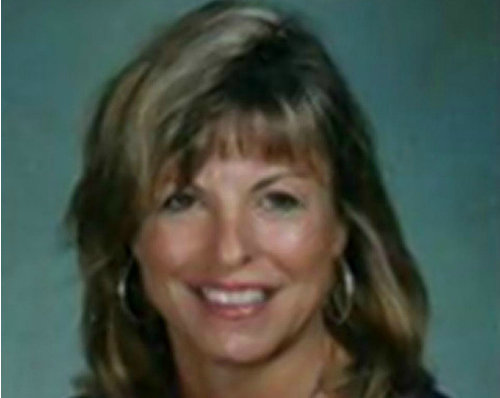 Editor’s note: On April 2, Father Peter West, a Catholic priest and pro-life leader, wrote an open letter at MyCentralJersey.com to Hollywood actress Susan Sarandon defending Catholic teacher Patricia Jannuzzi after she was suspended by her Catholic school for criticizing the homosexual agenda. The newspaper ran a response to Father West on the same day by Scott Lyons, Sarandon’s nephew and a former student at Jannuzzi’s school.

The following letter is Father West’s full response to Lyons, published with his permission. A shorter version ran at MyCentralJersey.com on April 17.

In your letter campaigning against Patricia Jannuzzi, you said you hoped to start a dialogue. Dialogue is good, but what you call “dialogue” is really more like pressure tactics which led to Patricia fearing the loss of her job. Her statements were bold and controversial and would have been interesting dialogue for a classroom discussion. However, your campaign stifled “dialogue” through intimidation.

You may think this statement, “We need healthy families with a mother and a father for the sake of the children and humanity,” was offensive and violated modern standards of political correctness, but it is absolutely consistent with what Pope Francis and the Catholic Church teach. Pope Francis said, “Children have a right to grow up in a family with a father and a mother capable of creating a suitable environment for the child's development and emotional maturity,” and “the family is…a remedy against social fragmentation.” Societies that accept the homosexual agenda are in danger of extinction.

Patricia’s comment that “homosexual behavior is a choice … sometimes violently taught” affirms Catholic teaching: homosexual orientation is not chosen, but behavior is. Choose to be chaste or choose to fulfill sexual desires in disordered ways. Her statements are correct and although they offend you, they are not reason enough for firing from a Catholic school. Patricia may have used some hyperbole using the term “violently taught,” but she was essentially correct about this too.

Marshall Kirk and Hunter Madsen co-authored a book called After the Ball; How America Will Conquer Its Fear and Hatred of Gays in the 90's. The strategy advocated was a technique called “jamming” — public smearing of Christians or others who oppose the homosexual agenda. You applied this very tactic to Patricia Jannuzzi with your Aunt Susan’s support. Principal Jean Kline, Msgr. Seamus Brennan, and Bishop Bootkoski cooperated in your efforts by buckling to the pressure. They should have had Patricia’s back; instead they threw her under the proverbial bus. Had there not been a campaign by faithful Catholics and other people of good will, Patricia Jannuzzi would have lost her job.

When you compare beheadings and gay relationships, brutal violence is obviously a far greater evil. But both violence and the attack on the foundation of the family, through the attack on marriage as a union between one man and one woman, are evils. Pope Francis explained this as well: “The family is threatened by growing efforts on the part of some to redefine the very institution of marriage, by relativism, by the culture of the ephemeral, by a lack of openness to life. These realities are increasingly under attack from powerful forces, which threaten to disfigure God’s plan for creation. Every threat to the family is a threat to society itself.”

Scott, the big picture here is the message of love, repentance and salvation preached by Jesus Christ. Patricia Jannuzzi didn’t judge homosexuals, she judged lifestyle choices. Though we must treat persons who struggle with a homosexual orientation with compassion, we can never approve of disordered behaviors. Catholic leaders should not be afraid to boldly proclaim and defend the truth. When Patricia Jannuzzi did so, it was easy for your supporters to isolate and vilify her with hate speech calling her a “vile bigot who got what she deserved.”

Though your tone is much more reasonable now, your campaign against Patricia Jannuzzi has successfully intimidated many Catholic teachers. Even though Patricia has been reinstated, Immaculata High School, Immaculate Conception Parish, and the Diocese of Metuchen still act as if she has done something terribly wrong. They owe her an apology for what they put her through.

They should question how Immaculata graduates end up becoming homosexual activists who fight against Church teaching and intimidate others into silence. Instead, they’re more worried about not offending anyone. Truth will cause division. (Mat. 10, 34-36) While it is true that Bishop Bootkoski did not say anything denying Church teaching, nor did he do anything to defend it. This situation is extremely disturbing: silence is complicity.

I believe those in charge of your formation failed you by failing to impart a proper understanding and love of the Catholic faith, especially her beautiful teaching about God’s plan for human sexuality, marriage, and the family. I wonder if you have even heard of Pope St. John Paul II’s Theology of the Body. I believe that God’s judgment on those who failed to impart the faith to you will be more severe than yours.

Scott, I believe Jesus loves you, but he loves you too much to leave you in your sins. Jesus praised John the Baptist as the greatest man of his times. (Mat. 11, 11) In the spirit of John the Baptist, who told Herod that it was not right for him to live with his brother’s wife (Mark 6,18), I say to you it is not right that you should live with another man as a husband.

Love, indeed, is the highest good, but following the moral law including on matters of sexual morality is part of requirements of love. Jesus said, “If you love me, obey my Commandments.” (John 14, 15) My hope is that you will eventually come to understand the emptiness of seeking satisfaction apart from God's will, repent of your sins, and begin to follow Christ's teachings, including those regarding chastity, and that you return to the practice of your Catholic faith.