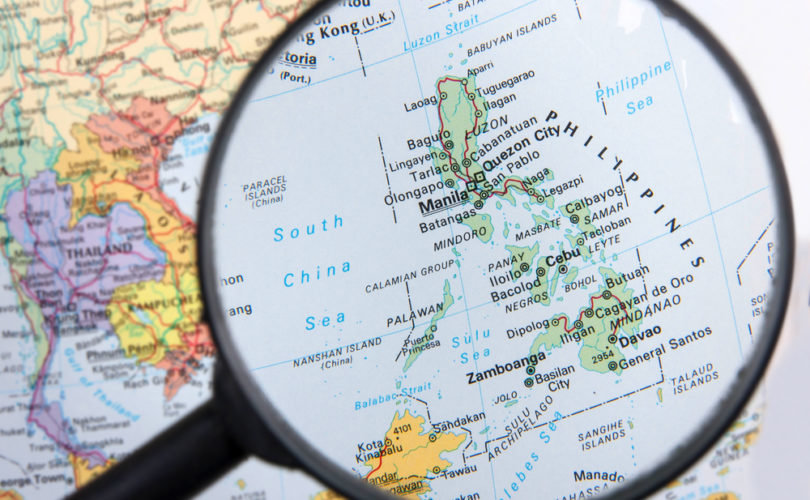 SORSOGON CITY, Philippines, February 16, 2015 (HLI.org) — Mayor Sally Lee declared Sorsogon City a “Pro-Life City” on February 2, in honor of pro-life month in the Philippines. The executive order highlights pertinent provisions of the Philippine Constitution, which recognizes the sanctity of family life, the protection of the life of the mother and the life of the unborn from conception, and the role of the state to protect and promote the health of its citizens.

Affirming the right to life, liberty, and security, the mayor also cited the Universal Declaration of Human Rights and the “Magna Carta for Women in the Philippines,” which encourages the state to provide comprehensive, culture-sensitive, and gender-responsive health services and programs that cover all stages of a woman’s life.

Mayor Lee’s pro-life convictions came front and center after she attended the 19th HLI Asia-Pacific Congress (ASPAC) on Faith, Life, and Family in November 2013 in Kota Kinabalu, Malaysia. The discussions touched her so deeply that she vowed to declare her city pro-life.  Upon returning to the Philippines, Mayor Lee wanted the declaration immediately, but she realized she had some work to do first — especially when she learned that International Planned Parenthood Federation (IPPF)  was active in Sorgonson City through its affiliate, the Family Planning Organization of the Philippines (FPOP).

In fact, Mayor Lee’s city had been a favorite of IPPF and various UN organizations due to the mayor’s previous active support of “reproductive health” priorities. In her heart she had always been pro-life, she said, and did not realize the the extent to which verbal engineering had been used to promote population control. Here we see again how good leaders can at times, without understanding the consequences, fall into the trap of those who offer enticing financial assistance which promote anti-life agendas.

With the mayor’s approval, we conducted orientation trainings for all her employees, whose understanding and support would be needed to make the proclamation truly effective. Though our orientation trainings were scheduled for August 2014, a typhoon forced us to postpone our plans. But God gave us the perfect timing.

After Pope Francis had completed his January pastoral visit to the Philippines, a visit in which he categorically declared the importance of openness to life and protecting life from conception to natural death, I was available to conduct a three-day Pro-Life Congress.

Although abortion is still illegal in the Philippines, many people learned that contraception is the gateway to abortion. Contraception will not prevent abortion; almost all hormonal contraceptive products can have abortifacient effects by preventing implantation of the embryo after he is conceived. Not only this, but widespread acceptance of contraception always leads to the legalization of abortion, as people’s sexual behavior changes and they begin to demand abortion as a “backup” when contraception fails or isn’t used.

In the course of three days, almost 1,000 attendees received pro-life training, including doctors, nurses, midwives, village health workers, city inspectors, village captains, members of the Committee on Health, student leaders, executive officials and legislators, and the media. One of the chief concerns for congress attendees was how they would be protected from possible government sanctions if they failed to attain a certain number of sterilization and contraceptive services.

Yes, it has come to that. There are already population control targets and incentives in place, causing many public servants to feel forced to comply, and to pressure poor Filipinos to become sterilized or use contraception. With God’s amazing grace, however, everyone was touched and vowed to support the Mayor’s Declaration of Sorsogon as “Pro-Life City.”

After the conclusion of the congress, I gave several interviews to the media in attendance. The mayor and I also had a two-hour interview which was distributed on a radio network for those who were not able to attend the congress. Afterwards, Mayor Lee made a thanksgiving pilgrimage to thank the Lord and our Blessed Mother for a  successful Congress, and she continues to receive touching feedback from those who attended.

Apparently, another mayor in the province of Sorsogon is thinking of declaring her town pro-life as well.  Please keep this matter in your prayers, as we seek to change the hearts of local politicians following the failure of national politicians to protect Filipino families and children from the anti-life agenda.