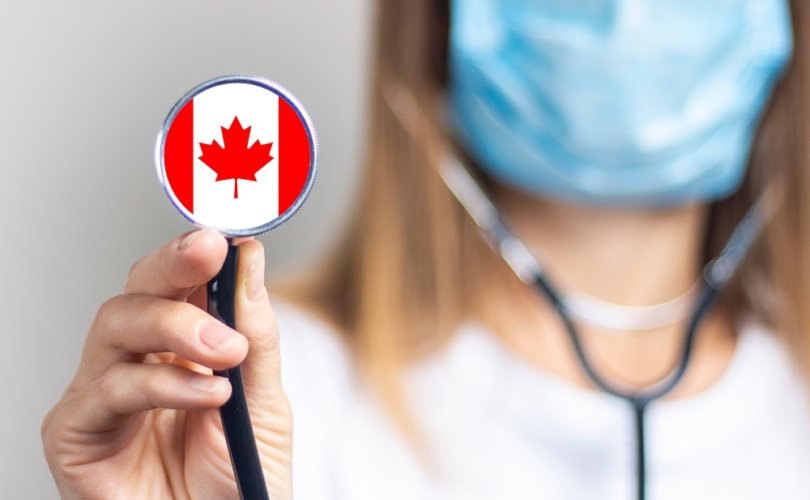 March 6, 2020 (American Thinker) — I recently had the opportunity to listen to two Canadian citizens discuss the Canadian health care system and their personal experiences within it. They were a very successful, middle-aged couple who had been involved in a motor vehicle accident in the United States while driving to Florida. The accident in which they were involved was quite serious. The wife suffered fractured ribs and a fractured sternum. She also experienced pain in her shoulder, which wasn't initially detected or diagnosed due to the extent of whole-body pain she was in. She was taken to a nearby hospital.

Her husband was more seriously injured. He was trapped in the vehicle and had to be cut out by emergency personnel. He was taken by helicopter to one of the premier shock trauma centers in the state, where he remained hospitalized for four days. A broken leg and a shattered wrist and forearm necessitated surgeries, with hardware permanently implanted. The husband received excellent care, as did the wife, whose injuries were not of a kind that are easily treated. After four days, they returned to Canada and began their recovery.

Had they lived in the United States, their recovery would have progressed entirely differently from how it eventually did in Canada. In the United States, they would have been seen within days by their primary care physician. The husband's surgeon would have followed up with him. Additional scans and studies, including MRIs, CT scans, and X-rays, would have been performed to determine if his fractures were healing, if the bones were forming new growth where they had been joined with plates and screws. The extent of any nerve damage would have been determined by EMG studies. As soon as he was ready, he would have been started on a course of physical therapy directed to rehabilitating his many injuries, and returning him as closely as possible to his prior level of function, or that level that a maximum medical recovery would have allowed. Such therapy would likely have been administered at least twice, and more likely three times or more, per week. The progress would have been recorded, and the surgeon and primary care doctor, or another orthopedic specialist, would have been copied on the reports. A team approach to this man's healing would have brought about the greatest degree of recovery and resumption of function that it was possible to achieve.

In Canada, none of that happened. Upon their return home, the couple's actual care virtually ceased. They had a primary care doctor in Canada and saw him within a month of returning. Initially, he prescribed physical therapy once a week for the husband. Eventually, this was reduced to once every two weeks, and then once a month. Finally, therapy was stopped. Given the nature and extent of this man's injuries, that frequency of therapy is therapeutically meaningless. The benefits of therapy are cumulative, so the fewer sessions there are, and the more spaced apart they are, the less effect they will have. In addition, especially at the beginning stages of recovery, when care is most important, movement is painful, and most patients will not have the will to induce that pain or the knowledge of what to do, how to do it, and when to do it to achieve the most gain. Without immediate rehabilitation of the injuries by trained professionals, they become chronically painful. The pain inhibits further movement, which leads to reductions in ranges of motion, limitations in function, and diminishment in daily activities. The complications cascade thereafter — weight gain, sleep disturbance, medication reliance, etc.

In the United States, had there been other treatment needed if therapy proved unsuccessful, or had he needed further studies to determine the best diagnosis and treatment, the husband would have had them. In Canada, he got none of this, because it is too expensive and is actively discouraged. The wife explained this through her “treatment” upon returning to Canada. Eventually, her shoulder became severely painful, and now she is unable to lift her arm above a certain height. Her sternum still hurts daily. I asked what diagnostic tests had been done since she returned to Canada to determine the cause of her complaints. She smiled and said there had been none. She had asked her doctor about undergoing an MRI of her shoulder, which likely has a tear within it, to diagnose and treat what is wrong, but she was strongly discouraged from pursuing such a test. When she persisted, she was informed that she could be put on a waiting list, and perhaps within six to nine months, she might be instructed to travel several hours to another city, where an MRI facility might have an appointment in the early morning hours, perhaps 3:00 A.M. or so. The wife confirmed for me that the last diagnostic scan that had been done of her was in the emergency room immediately after her accident in the United States. The husband had had none since, either.

Both of these people, living in a modern and progressive country that relies on socialized medicine, now live with chronic, constant pain; are severely limited in function; and will endure these for the rest of their lives. While it is true that the husband would likely always have had some degree of pain and limitation, his current situation would probably have been mitigated by immediate therapeutic care administered when it would have been most productive. Similarly, the wife's shoulder pain, whether caused by muscular injuries or the tear of a rotator cuff, would have been addressed and corrected within months of the accident. None of this happened, because medical care within socialized medicine is incomplete, rationed, and discouraged. When asked about the push for socialized medicine in the United States, their answer was “don't let it happen if you can prevent it.”

The myth of free health care is that the care you get now will continue, but it will be “free.” Advocates of socialized medicine aren't interested in telling the truth about what will really happen when care is rationed, treatments are discouraged, and doctors and nurses become disillusioned and quit, leaving fewer health care providers to meet skyrocketing demand. We think Canada, which is just as modern and civilized as the United States, must have figured this all out, because a modern citizenry expects modern care. Yet they don't have it, because socialism cares nothing for modernity. Despite having imposed government control over medical care, it is still an environment subject to supply and demand. This reality is further exacerbated when one contemplates not only socialized medicine for a country the size of the United States, but the open borders that every Democrat candidate for president proudly demands. Canada strictly controls its borders, has a fraction of the population of the Unites States, and is failing its citizens completely. The end of modern health care in the United States, should we have socialized medicine forced upon us, will be catastrophic. Think “Cuber,” as Sanders touts. As we have come to ask about so many other myths, exactly how many deaths will be enough to pay for this ridiculous lie?