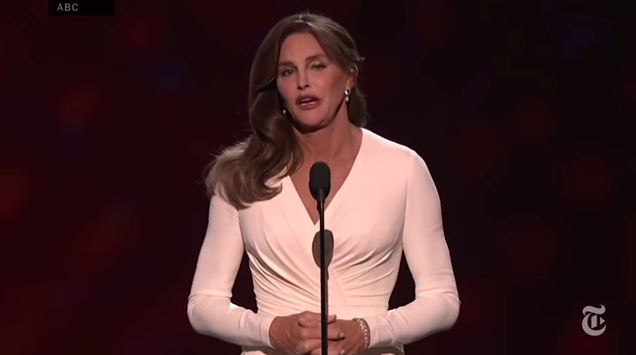 Woe to those who call evil good and good evil, who put darkness for light and light for darkness, who put bitter for sweet and sweet for bitter! (Isaiah 5:20)

June 13, 2016 (HLI) — How much more bizarre can our society get? It’s a question that many have been asking for a long time, but these days it’s hard to keep up with the answers, which change hourly.

In Alaska, a boy who thinks he’s a girl is allowed to participate in the girls’ track meet, and he wins. The girls are not happy, but are not quite sure how to express their protest since they don’t want to be branded as bigots for calling a boy a boy when that boy wants to be called a girl.

There are a growing number of reports that the man formerly known as Bruce Jenner, who now goes by the name “Caitlyn,” is having second thoughts about “transitioning” to womanhood and is contemplating returning to identifying himself as what he still actually is, a man. This regret is actually common for people who adopt the appearance and lifestyle of the opposite sex. These reports have not been confirmed, but were this to occur, does anyone really think that the fascistic LGBT movement will support such a transition?

A famous homosexual couple has adopted children (apparently two men cannot naturally conceive a child) and projected a carefully cultivated image as a “happily” “married” couple with the help of media who desperately want to tell such a story. Yet as it turns out, their private lives are more sordid than the story allows, and the couple is suing to silence media who would report certain ugly and inconvenient facts, so that their adopted children would be spared the pain of knowing what their adoptive parents actually do.

The idea that the LGBTQQ… movement is about to implode has been discussed recently, and there are signs of sanity coming from progressives who have been supportive of the movement but are starting to recognize its totalitarian and anti-human nature. Better late than never, I suppose.

How much more bizarre can it get? I’m not sure the question is meaningful anymore, since all bets are off. There are many conversations going on about how we arrived here, with a great deal of interesting histories of cultural Marxism, Communism, feminism, and other anti-Christian ideologies whose goal has been to “liberate” men and woman from the oppression of religion, marriage, traditional roles of men and women, etc.

I’m not sure the girls in Alaska, Mr. Jenner, or the famous couple and their children feel all that liberated.

When your revolution is based on a lie, it will certainly fall, but it can do a lot of damage to nations, lives and souls before it does. We “got here” because we turned our backs on God. We happen to be living through a deluge of degradation almost unimaginable even a few years ago.

Except that the Church did imagine this collapse. Specifically, Cardinal Ratzinger, later Pope Benedict XVI, said something that could have been written yesterday, in 1984’s The Ratzinger Report (summarized by Christopher West):

What we are living through in our day is the result of an ideology that has completely severed body and soul. And that’s the very definition of death. Barring a divine intervention, we must now endure the full consequences of the “uprooting of the human person in the depth of his nature” – an uprooting that stems from the fact that “sex has remained without a locus and has lost its point of reference” since the cultural embrace of contraception (The Ratzinger Report, p. 84).

By detaching sex from procreation, the essential meaning and natural orientation of the gender distinction is lost and one’s sex is eventually “viewed as a simple role, interchangeable at one’s pleasure,” Ratzinger observed. From there, people end up demanding the right of “escaping from the ‘slavery of nature,’ demanding the right to be male or female at one’s will or pleasure”  (p. 95).

Call this an update of Humanae vitae 17, in which Blessed Pope Paul VI famously predicted — against the spirit of the age — that the wide embrace of contraception would have a host of negative consequences. Those who dismissed Pope Paul, and later Cardinal Ratzinger, simply couldn’t imagine what we are actually seeing happen today, when we call evil good, and good, evil. When we don’t know God, how can we know ourselves?

If you are looking around for a rock to hold onto as the flood waters rise and currents seem to pull you away, know that you have it in the One, Holy, Catholic Church. Avail yourself of God’s mercy in the Sacrament of Penance and in His body and blood, soul and divinity in the Blessed Sacrament. Choose from among the many devotions available to the faithful and make your faith central to your life, and invite others to do the same. Be an example of joyful and intelligent faith, and a source of strength for your family and all whom you meet.

Don’t be afraid! Live with courage, faith, hope and love.