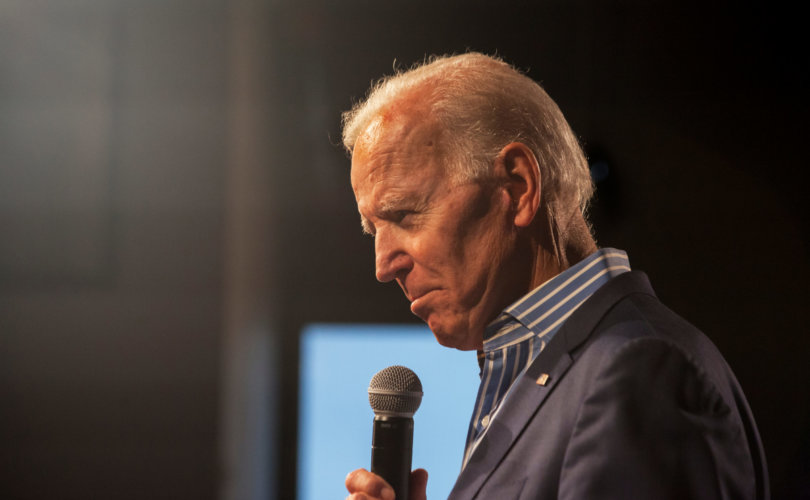 September 29, 2020 (American Thinker) — The principle of limited government is at the heart of the American system. The Founders believed that tyranny grows in proportion to power, threatening individual liberty. History is littered with innumerable examples of “absolute Despotism,” to use the words of the Declaration of Independence, in which government exercised its power against the people rather than for the people.

The pivot of limited government is restraint. Under the Constitution, government is confined to those powers that protect life, liberty, and property. James Madison warned, “It will not be denied that power is of an encroaching nature and that it ought to be effectually restrained from passing the limits assigned to it” (Federalist 48).

Despite accusations of fascism from the left, President Trump has attempted to scale back the power of government by eliminating or curtailing many federal regulations and by reducing the size of the federal government and the federal work force. He has made mistakes, to be sure, but in terms of actual policy, his critics are hard pressed to cite substantive examples that amount to a pattern of “tyranny” and “fascism.” Instead, much of the criticism surrounds his sometimes reckless language and his verbal attacks on the press. (Ironically, it was Barack Obama who abused government power by investigating, spying on, and harassing journalists.)

Under a Biden administration, we will see a colossal escalation in the scope and power of government, projected by authoritarian policies, many of which were put in place under President Obama. The apparently affable Biden is a Progressive who believes that the primary purpose of government is to engineer social and economic structures in order to create a “just society.” Progressives have no limiting principles to restrain government growth because they are convinced that government is a benign agent of the people — a supremely naïve belief according to the American Founders.

The prospect of an authoritarian government under Biden is not a nebulous accusation, but a concrete extrapolation based on his record and his current positions and policies. The examples that follow are drawn from my eBook, The War on America's Founding Principles: How Progressives Are Dismantling America One Plank at a Time. The book can be downloaded for free.

Biden has promised to sign the Equality Act into law if it is passed by the Senate. This legislation limits religious freedoms by elevating LGBT rights, which, for Progressives, take precedence over other rights. The Equality Act amends the 1964 Civil Rights Act to “prohibit discrimination on the basis of the sex, sexual orientation, gender identity.” Section 1107 specifically denies exemptions for religious freedom granted under the Religious Freedom Restoration Act of 1993.

The Equality Act would force churches to open their sex-specific facilities, such as bathrooms, to members of the opposite sex. It would threaten creative professionals, like Christian bakers, wedding photographers, and florists, who would be forced, against their deeply held religious beliefs, to use their artistic skills in support of same-sex couples attempting to marry. In short, the Equality Act would force religious individuals and organizations to speak messages and act in ways that violate their beliefs, under the threat of punishment.

Biden will restore the Affordable Care Act (“Obamacare”), forcing religious ministries and schools, along with businesses operated by religiously devout owners, to cover the insurance cost of birth control drugs that can cause abortions. After a successful nine-year battle in the court system against the Obama administration, the Little Sisters of the Poor, a Catholic order of nuns, would find themselves in litigation again to protect their religious freedom. Ironically, Biden claims to be a devout Catholic.

Biden will require taxpayers to fund abortions, with no exception for conscience. Those who morally object to abortion as murder will be forced to subsidize it. Most Americans have opposed government funding of abortion, including Biden himself. Until recently, he supported the 1976 Hyde Amendment, which prohibits the use of federal funds to pay for abortions (with a few exceptions). This longstanding agreement was, in effect, a truce between the two opposing, and often hostile, sides of the abortion debate. But Biden, under the influence of the radical left, has become far less tolerant and will settle for no middle ground when it comes to “social justice.”

Biden will restore Obama's guidance for college tribunals on sexual misconduct. In 2011, the U.S. Department of Education's Office for Civil Rights established new mandates under the Obama administration requiring colleges and universities that receive federal funding to dramatically reduce the due process rights of students accused of sexual misconduct. These included:

These unjust regulations were rectified under the Trump administration to the accolades of civil rights organizations like FIRE. But Biden intends to reinstitute Obama's sham system, which has more in common with the show trials of authoritarian regimes than with American justice. These shadowy tribunals give us a window into the Progressive view of justice and how it would be applied in a Progressive legal system.

Biden will reinstate Obama's heavy-handed transgender “bathroom directive.” The federal government will order women and girls in public schools to permit males to use their bathrooms, locker rooms, and showers. This violates their inalienable right to fundamental bodily privacy and poses a safety risk. Girls' and women's sports teams will be required to admit males who pretend to be female, even though they represent an unfair and insuperable advantage over females.

The barometer of encroaching authoritarianism is the consolidation of power. Whereas the Founders sought to divide sovereignty between state and federal governments (federalism), Progressives like Biden aspire to create a top-down system of control in order to implement their economic and social vision, effectively quashing the power of the states. For example, Biden said he would shut down the country if necessary in order to stop the spread of the coronavirus, even though the direct oversight of public health is not a power delegated to the president or the federal government. Only the states have the power, under the 10th Amendment, to determine what is in the best interest of public health and the police power to enforce it when necessary.

Biden's attempt to consolidate power by running over the states is evident in his environmental policies, which give the federal government nearly plenary control over private property. Though each state has one or more agencies to monitor and regulate the quality of the environment, the EPA has assumed expansive powers to override state regulations on land, air, water, wildlife, and other natural resources. Under the Obama administration, this power was expanded further by giving the agency sweeping and unprecedented authority over streams and wetlands, even on private property. President Trump rolled back this usurpation of power, handing control back to the states. Biden, however, intends to reinstate Obama's authoritarian regulations. He will also establish an “Environmental and Climate Justice Division” in order to further consolidate federal power by using, in his words, an “all-of-government approach.”

Finally, under Joe Biden, the federal government will extend its tentacles to local neighborhoods by regulating zoning. His administration will end single-family zoning in many suburbs and create “little downtowns” in these communities by building high-density, low-income housing. This will effectively destroy the suburbs by merging them with large cities. In keeping with the authoritarian nature of this program, suburbs that refuse to comply will be cut off from millions of dollars in HUD grants, and possibly from critically needed federal transportation grants used to build and repair state highways.

Though Joe Biden presents himself as a moderate, his authoritarian policies betray a more radical, Progressive philosophy that is gradually undermining and replacing America's social, political, and economic fabric. Biden's administration will have no limiting principle to restrain the growth of government power. By further consolidating control, he will hasten the erosion of numerous constitutional rights, inching us closer to tyranny. As James Madison warned, “[t]here are more instances of the abridgment of the freedom of the people, by gradual and silent encroachments of those in power, than by violent and sudden usurpations.”

William DiPuccio, Ph.D., is author of The War on America's Founding Principles: How Progressives Are Dismantling America One Plank at a Time, a free eBook. His articles, books, and videos can be found on his blog, Science Et Cetera.