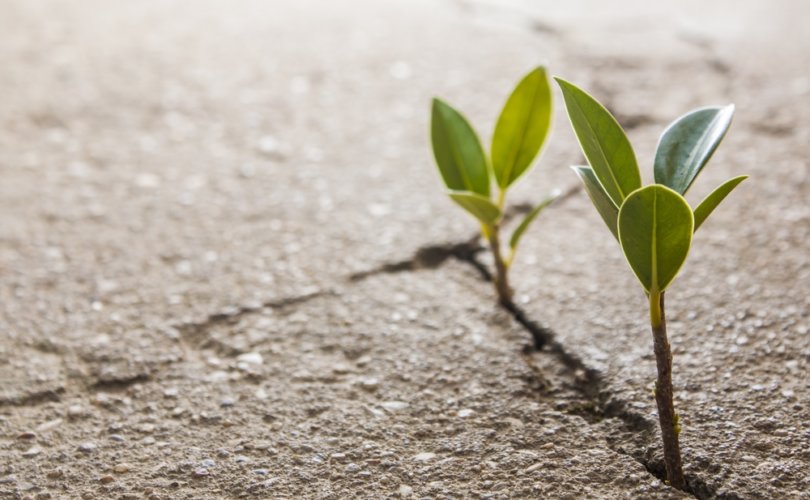 Editor’s Note: LifeSite does not have a position for any particular vaccines to prevent coronavirus infection. We realize there are legitimate concerns about vaccines, but also recognize that millions of lives have been saved due to vaccines.

April 7, 2020 (American Thinker) —A solution to the COVID-19 epidemic is in sight.  It is the combo used by South Korea, where people are back at work, to successfully stem its COVID-19 outbreak.  It has three parts: (1) greatly expanded testing of those who could be infected and (2) effective treatment of the virus with a hydroxychloroquine-zinc cocktail, combined with (3) the product of American ingenuity: rapid development of vaccines.

While these solutions might be thwarted by bureaucracy, progress is happening rapidly, and there are reasons why our collective Groundhog Day of staying at home every day while the economy falters and body counts grow could soon be over.

Testing is one key.  South Korea did its testing for COVID-19 by setting up drive-through testing stations around the country.  Sufficient tests are now available in the United States to make testing widespread, but it isn't happening.  During President Trump's Coronavirus Task Force press conference on Tuesday, Vice President Mike Pence and Task Force coordinator Dr. Deborah Birx discussed the problem:

THE VICE PRESIDENT: On the subject of testing, we have now completed more than 1.1 million tests around the country. We're working very closely with governors around America to — to assist them in drive-through and community testing centers[.] …

Abbott Laboratories is actually going to be producing 50,000 tests a day and distributing those around America.  There's already the machines in some 18,000 different locations around the country, and they've told us they have several thousand on the shelf now[.] …

DR. BIRX: It is disappointing to me right now that we have about 500,000 capacity of Abbott tests that are not being utilized.  So they are out.  They're in the states.  They're not being run and not utilized.

Why aren't the tests being utilized?  The Centers for Disease Control (CDC) and the Food and Drug Administration (FDA) are standing in the way.  On its website, the CDC has extremely restrictive criteria regarding who should be tested.  The only ones with high priority are:

Additional people can receive testing, but only if resources allow.  These include:

The CDC criteria must be eliminated immediately.  A substantial line of infection spread involves people who don't have symptoms (yet) or have mild symptoms and can communicate the disease.  Allowing the general public to access tests on a mass scale will help identify the many people with moderate, mild, or nonexistent symptoms who are now spreading the virus to others.

But the CDC is not the only problem.  On March 21, the FDA shut down the at-home testing for COVID-19, which was being conducted by several companies including Everlywell, Carbon Health, and Nurx.  Some of those tests had already been submitted to FDA-approved COVID-19 labs when the FDA intervened, even forcing conducted tests to be thrown away without analysis.  None of those companies has been permitted to resume at-home testing.

President Trump, Dr. Deborah Birx, and the American people have a huge problem.  The American people want tests to be available.  Private companies would do the testing if permitted.  There is a huge backlog of unused tests. Unfortunately, the CDC and FDA are standing in the way.

Greatly expanded testing would make it possible for anybody who suspects that he has COVID-19 to find out before he needs hospitalization.  Those infected could be instructed to quarantine themselves at home and contact a primary care physician for the cure, such as the one developed by South Korea.  Their hydroxychloroquine-zinc cocktail gave South Korea one of the best recovery rates from COVID-19 of any country in the world.  Nevertheless, on its website, the CDC pretends the South Korean cure doesn't exist:

Limited information is available to characterize the spectrum of clinical illness associated with coronavirus disease 2019 (COVID-19). No vaccine or specific treatment for COVID-19 is available; care is supportive.

Dr. Vladimir Zelenko, a primary care physician who successfully treated the COVID-19 epidemic when it raged through a New York Hasidic community, noted in his interview with Mayor Giuliani that he adapted his hydroxychloroquine-zinc cocktail from the South Korean treatment.  His prescription was the following:

Nobody is sure why hydroxychloroquine (HCQ) works.  Several mechanisms have been proposed, including “ACE2 cellular receptor inhibition, acidification of the surface of the cell membrane inhibiting fusion of the virus, and immunomodulation of cytokine release.”  Zelenko thinks that HCQ opens a channel into the human cell for the zinc to enter.  Then the zinc slows the virus's reproduction, giving the body's immune system time to catch up.  He added the antibiotic Zithromax to his cocktail in order to prevent secondary pneumonia infections.

In an interview with Rabbi Katzin, Zelenko detailed his success rate.  He had diagnosed 699 COVID-19 patients with the disease, some by lab result and others by their symptoms and the fact that they had been in contact with others who were infected.  He didn't prescribe anything to those who were young and healthy, but he treated 200 of the others with his cocktail.  His results were almost perfect:

The hydroxychloroquine-zinc cocktail has contributed to South Korea having one of the lowest death ratios in the world.  On April 2, according to worldometer.com data, South Korea had just 169 total deaths and 5,828 total recovered out of 9,976 total cases.  Here is how South Korea's death ratios compared with the world as a whole:

Many studies that found that HCQ and the closely related drug chloroquine (CQ) are effective against COVID 19.  Only one small study with just 15 treated patients found no benefit.  The successful studies include:

The bureaucrats at the E.U., like those at the CDC, claim that HCQ is unproven.  They are like the 1932 U.S. Public Health Service that conducted an infamous study of syphilis upon black men that left the control group untreated when effective treatment for the disease was available.  E.U. countries have been among the hardest hit.  France, Spain, and Italy are among the countries with the worst death ratios in the world:

There are several vaccines that appear to work, including a promising vaccine that the University of Pittsburgh just developed and two U.S. vaccines that the National Institutes of Health (NIH) is already testing.  Pitt's vaccine researchers have led the world before, and one of us had the opportunity, while a child, to receive a groundbreaking experimental polio vaccine at their hands.

Unfortunately, the NIH has already shown itself to be capable of slow-walking its testing and paperwork in line with one of their director (Anthony Fauci)'s claim that no vaccine could possibly be approved in less than a year.

Fortunately, while waiting for the NIH to finally approve a vaccine, HCQ can function as a stopgap prophylactic.  It just needs to be taken continuously by those who are at risk.  In fact, the CDC has already approved HCQ for healthy people to take continuously while traveling in countries where malaria is present (but only for those countries in which the malaria virus has not yet developed resistance to HCQ).

The bad news is that HCQ is already in short supply in the United States.  But Mylan labs is starting a new production line in Morgantown, W.Va. that will come online this month.  Peter Navarro, President Trump's national Defense Production Act policy coordinator, may need to intervene to get additional production lines going in order to avoid a shortage.

Despite the many challenges, the good news is that there are lots of testing kits available that could be soon used.  Mylan Labs will be turning out many additional HCQ pills that could be soon taken.  And once HCQ is plentiful enough, it could be used by at-risk people as a prophylactic.  The successful South Korean solution to the COVID-19 crisis could soon be implemented in the United States and augmented by the development of vaccines.

The Richmans co-authored the 2014 book Balanced Trade, published by Lexington Books, and the 2008 book Trading Away Our Future, published by Ideal Taxes Association.