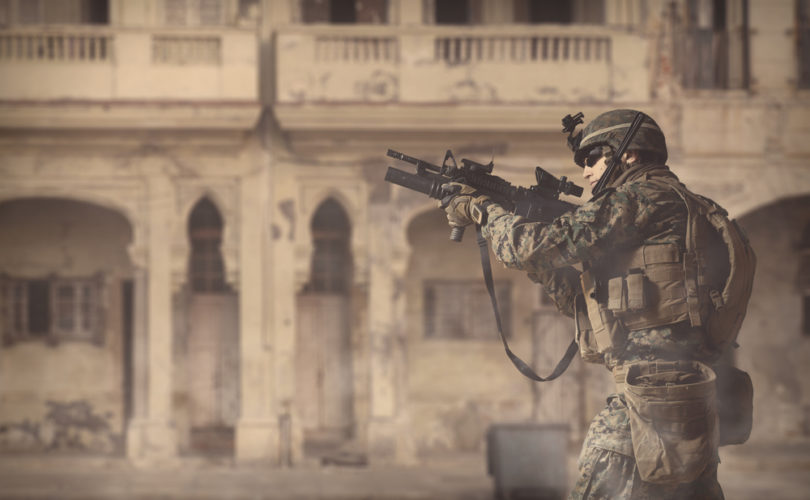 November 18, 2015 (BreakPoint) — France is reeling after its most violent day since World War II. Islamist terrorists launched at least six attacks throughout Paris: 129 are dead, and over 350 injured. France has confirmed what most of us already suspected: ISIS is behind the attacks.

The president of France rightly called the shootings “an act of war,” and promised a “ruthless” military response. And while authorities across Europe have begun apprehending suspects, the attack shows one thing for certain: The world has underestimated ISIS and its capabilities, and the war in the Middle East is not staying in the Middle East.

But France is not the only nation grieving. A double suicide bombing in Beirut, Lebanon a few days prior claimed 43 lives and left 200 others wounded. ISIS was also responsible for that atrocity.

It’s easy to feel helpless against evil like this. What do I think most important? Prayer. The people of France and much of the Middle East need the healing help and the salvation that only our Lord Jesus can offer. A Muslim world increasingly dominated by radicals and a spiritually comatose Europe need nothing short of a miracle.

But as we pray, it’s also time to start thinking and talking about a hard subject: war. Chuck Colson often challenged BreakPoint listeners to ask when we, as a people commanded to make peace and return good for evil, should take up arms against wrongdoers. A Just War tradition dating back to St. Augustine offers answers and guidelines. For example, war must be a last resort; we have to have a reasonable chance of success, and civilian lives must be protected. In certain moments, war may be a moral imperative. But is now such a moment?

One man who’s devoted his life to making peace, and who stood his ground against ISIS from the beginning, thinks so. Canon Andrew White, whom I know, affectionately known as “Vicar of Baghdad,” gave his thoughts on ISIS just days before the Paris attacks. An Anglican priest in one of Iraq’s deadliest sectors, White has watched hundreds from his congregation killed or tortured. He has shrugged off capture, death threats, and a huge price on his head, all while battling his own multiple sclerosis. I remember matching wits with him at the 2013 Wilberforce Weekend, where the Colson Center recognized his singular courage, love for his people, and zeal for peace. You will not find a more devoted dove in all of the Middle East.

But in an interview with The Independent, the Vicar of Baghdad sounded like a hawk.

“You can’t negotiate with [ISIS],” he says. “I have never said that about another group of people. These are really so different, so extreme, so radical, so evil. It really hurts. I have tried so hard…[but] I am forced by death and destruction to say there should be war.”

Let me be clear: I am not calling for war. I’m calling for a national discussion. After spending so many years watching flag-draped coffins come home from Iraq and Afghanistan, this conversation is a very tough one. But America isn’t without fault in this unfolding conflict. Our country’s actions in Iraq helped create the power vacuum that ISIS has filled.

As our leaders decide whether to step up efforts against ISIS, the United States cannot and must not move forward without its conscience—the Church—fully engaged. That means discussing war from a biblical worldview and hitting our knees—not just for the people in France, Lebanon, and elsewhere grieving today, but for those who may have to pick up weapons in defense of the unarmed, and go to war to make peace.