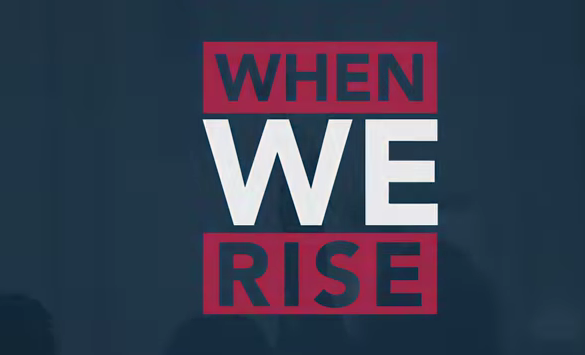 March 3, 2017 (Catholic League) — Catholics in America make up about 25 percent of the population. Yet when it comes to negative stereotypes of religion, Hollywood targets us almost 100 percent of the time.

Nowhere is this more true than with gay-themed entertainment. The hostility shown toward all things Catholic made us wary when we heard about ABC’s miniseries on the history of the gay rights movement, “When We Rise.” As last night’s opening episode confirmed, we were right to be on guard.

The slaps at Catholics kept coming. There was the nun, in full habit, of course, who walks in on two teenage boys kissing, grunts, and walks out; the young woman from a “very Catholic” family, whose put-upon mother was beaten down by 10 pregnancies and a domineering husband who wouldn’t let her work outside the home; and the same young woman afraid to reveal her lesbian relationship because of that big Catholic family.

Most vicious was a discussion about holding a “women’s march” in Boston. “We get beat up by the very cops that refuse to protect us,” one character says, “in a city run by all Catholic cops.”

Right. Any negative comments about “Jewish bankers,” or “gay hairdressers,” or “black criminals”? Of course not. Those vicious and hurtful stereotypes would never be uttered on TV networks—and rightfully so. But it’s OK to stereotype “Catholic cops” who run a city and beat up women. As always, Catholics are the target of the entertainment industry’s bigotry.