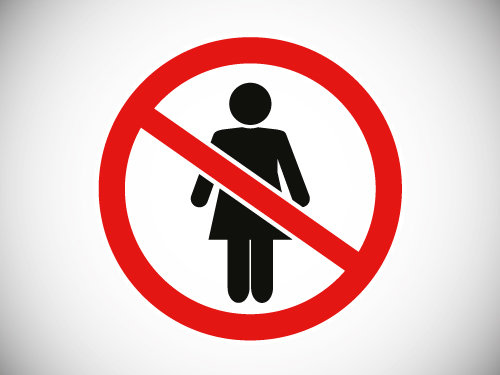 April 13, 2016 (LifeSiteNews) — Reports released this week drew attention to the ongoing use of abortion to select a child’s sex. This is a practice that is illegal for in vitro fertilization, but unrestricted in utero. Abortion is a free service with no questions asked, and it is only by looking at birth rates that we can get an accurate depiction of why it is being used. Focusing on Indo-Canadian families, researchers found that the normal Canadian ratio of approximately 105 boys to 100 girls can get as skewed as over 400 boys to the same 100 girls following an abortion. Looking at abortion records, the researchers conclude that abortion is especially used as a tool for third or fourth pregnancies when a couple already has two girls. As male babies are much more highly favoured in some cultures, abortion is a readily available, free service to empower the ongoing devaluing of women.

Gendercide, or sex-selective abortion, shows everything that is wrong with abortion – all abortion. Tripat Kaur, the Indo-Canadian Women’s Association Coordinator, stressed in her interview with CTV News that this is often not the mother’s decision, but something that is forced upon her. Again we see abortion telling women that they aren’t enough, that they are expendable. Abortion advocates claim abortion is pro-woman, yet they are unwilling to stand behind a law that would allow women real choice, and that would allow girls to be born in equal number to boys. In fact, they don’t even want to talk about the fact that those kicking, rolling, hiccupping “blobs of tissue” are girls or boys.

This unwillingness can stem only from a lack of confidence in their own position and resulting (legitimate) fear of the slippery slope. If baby girls are baby girls, then baby boys are also baby boys. Then things get awkward, because why exactly are we killing them? Because we’re bigger and stronger and know better? Because we can? We should not be, as Canada unfortunately is, in this backward position of asking, “When ISN’T it ok to kill a pre-born child?” Perhaps this revelation of the prevalence of sex-selective abortion will lead to a much-needed talk about when pre-born babies become identifiably boys and girls, and what that means for choice.

Certainly, there are some who would call themselves pro-choice and still condemn sex-selective abortion. They are probably the same group that would join us in condemning partial-birth, late-term abortions when babies demonstrably feel pain. These are reasonable people, and they genuinely believe that, “I would never do it myself, but who am I to make that decision for someone else” is an acceptable stance. For these people, I am confident that ongoing scientific evidence of pre-born humanity and societal regard for equal human rights will eventually win the day. The vehement pro-abortion sect, however, who already ignore heartbeats, eyelashes, fingers and toes, are also stubbornly determined not to notice chromosomes or genitalia, and all the human rights implications that come with them.

Amrita Mishra, from the Indo-Canadian Women’s Association, stresses a need for systemic change, not just looking at the Indo-Canadian community as we shake our heads. She rightly points out, “When one says Indians or Chinese, Koreans or Philippines have brought this problem to a country, we really need to take a good solid look at ourselves and ask ourselves what are the laws in this country that allow this to happen?”

Canada is in a position where we have a publicly funded medical service available virtually everywhere that no one is allowed to talk about critically. Maybe if we combine it with the equally taboo subject of cultural profiling, the political incorrectness will be so great that everybody has to talk about it, and we can finally get the elephants out of the room and some laws on the books.

Anna Neinhuis is the Research and Policy Coordinator for WeNeedaLAW.ca