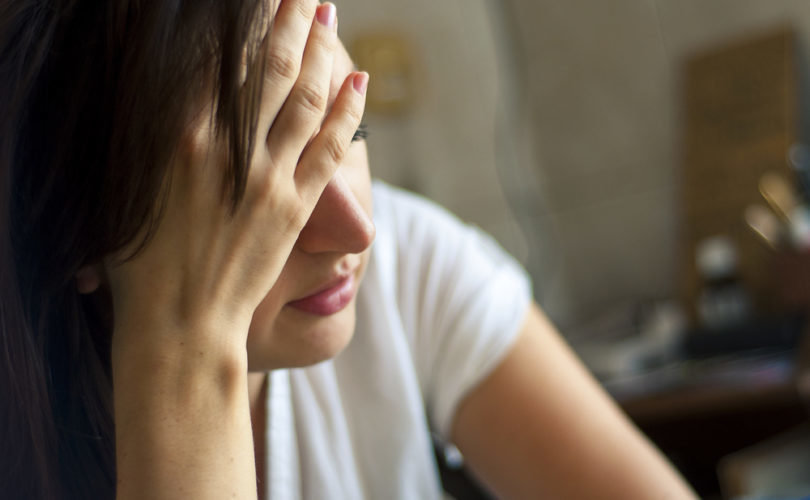 April 24, 2015 (StandTrue.com) — I recently released a small statement about how abortion is oppressive to women; a couple of people asked me how I can find abortion to be oppressive if it is their free choice, so I decided to expand on my thought.

Here is the original quote that spawned the questions I received: “The abolition of abortion is the only true path to equal rights for all women. Abortion is a violent, destructive cycle of oppression against mothers. How can we truly call women “free” when this evil is welcomed into our society?”

Abortion is oppressive because it is a mechanism that allows men to be free of responsibility; they now have an easy out when a woman becomes pregnant. The problem is that it is only easy for the man; he simply must come up with the money and his part is over.  The woman however is the one who must walk into that clinic and undergo a violent and invasive procedure as her pre-born child is dismembered and torn from her body.

It is a so-called “choice” that lies to women and tells them their own child is nothing more than an inconvenience and a parasite. Pregnancy is not a sickness or condition that needs to be fixed, it is the state of being with child.  When a woman is pregnant she is not pregnant with a “potential human being”, she is pregnant with an actual human being in the earliest stages of that human’s development cycle.

an organism that lives on or in an organism of another species, known as the host, from the body of WHICH it obtains nutriment.

In the very definition of a parasite you see it is an organism of another species. A child in the womb is the offspring of the mother carrying that child; another word for offspring is fetus, which is more commonly used to refer to the child. The mother’s body is not merely a host but actually is designed to nurture and protect that child until birth; any attack on that child is an unnatural and violent act.

“Sweeter even than to have had the joy of caring for children of my own has it been to me to help bring about a better state of things for mothers generally, so their unborn little ones could not be willed away from them.”

Abortion enslaves women to a world where men can dominate and control them so the man can be free. It is sad that men have been able to turn the argument around and make women think it is about their freedom when it is about men not having to be men and raise and support their child. Men scare women into thinking abortion is their only option and as a man I am disgusted by the oppression other men have put on them by pushing women to kill their own children.

I have sat outside abortion facilities for over 20 years watching men as they push women in the doors, ignoring the tears and obvious distress. Others will drop them off in front of the clinic and proceed then park on the street eating fast food, smoking and talking on the phone while the woman is alone inside the abortion clinic. I have watched fathers take their own daughters and granddaughters into the abortion clinic because they are more concerned about perceived shame than the life of their own grandchild.

Whatever the reason is, the fact remains that abortion is an unnatural response to one of nature’s most precious gifts to women. Abortion is does not affirm women, it reduces their pregnancy to a disease that needs a cure. Abortion does not free women; it holds them in bondage to a society that teaches women that killing their child is a form of love and mercy.

I would say that the true freedom of a woman is the freedom to be a mother without shame, without scrutiny and without men pressuring them to “fix it” or “get it taken care of”. The beauty of motherhood and childbirth should be celebrated and looked at as one of the greatest achievements of womanhood. The last time I checked, there is not a man on earth who can even come close to this achievement.

So I will repeat my statement and stand by it: “The abolition of abortion is the only true path to equal rights for all women. Abortion is a violent, destructive cycle of oppression against mothers. How can we truly call women “free” when this evil is welcomed into our society?”

If you have been hurt by abortion and would like someone to talk to, please contact Rachel’s Vineyard at: WWW.RACHELSVINEYARD.ORG or WWW.SILENTNOMOREAWARENESS.ORG

Note: I am not saying that all men are like this and I know that many men fight for the rights of their children to live; I am merely commenting on lies of modern day feminism that tell women they need abortion to be truly free.