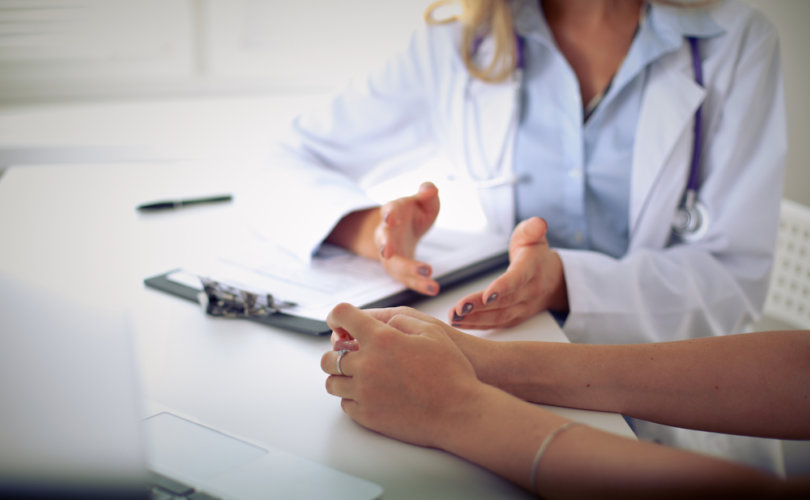 October 5, 2016 (POP) — A new study published by the Guttmacher Institute’s in-house journal Perspectives on Sexual and Reproductive Rights targets the conscience rights of Catholic hospitals and health care workers that opt not to provide abortion and contraception services that run contrary to their deeply-held beliefs.

A small sample of 27 obstetrician-gynecologists (OBGYNs), who were either current or former employees at Catholic hospitals, were interviewed during the course of the study.

Several interviewees related their personal experiences in directly opposing Catholic moral teaching during the course of their employment at Catholic health care facilities. Accounts of opposition to Catholic hospital directives ran the gamut from secretly providing contraceptives and contraceptive counseling to booking appointments for their patients at abortion clinics. Some physicians admitted to secretly dispensing of oral contraceptives under the guise of “menstrual regulation” when the real intended purpose was contraceptive use.

The authors of the study conclude that, because some Catholic hospitals and obstetrician-gynecologists oppose providing referrals for abortion and contraception, Catholic health care entities should require health care providers to give referrals for these services.

The authors further opined that Catholic health care workers who follow Church teaching by refusing to perform tubal ligations (sterilizations) postpartum are “not following acceptable protocols.” Such patients “were not well served by referrals,” they claimed, citing the inconvenience of scheduling the procedure with another provider. This, the authors argued, was a more than sufficient justification for overriding the religious liberty rights of OBGYNs and Catholic health care facilities.

The Guttmacher published study went on to lament that women found it more difficult to obtain an abortion at a Catholic hospital than at non-Catholic facilities. According to the authors, Catholic hospitals that refuse to terminate the lives of the unborn may constitute a “problem” in providing access to abortion in contexts where “getting to another hospital…may be especially difficult.”

The study was funded in-part by the radically pro-abortion David and Lucille Packard Foundation. In 2015 alone, the Packard Foundation gave over $600,000 in grants to the International Planned Parenthood Federation (IPPF) and for years has been a significant IPPF donor.

For Catholics, abortion is a violation of the Fifth Commandment. Few actions are commensurate in gravity to either providing for, or facilitating, the termination of the life of an unborn child.

For Catholics, abortion is an intrinsically evil act—its willful commission is never permitted under any circumstances. Providing a referral for an abortion necessarily constitutes formal cooperation with an intrinsic evil—a degree of cooperation that is never morally licit in Catholic teaching.

In the case of an abortion referral, the act of referring is inseparably linked to the abortion procedure because the referral can only serve to facilitate access to abortion. An abortion referral has no purpose but to lead to abortion. So even if a doctor does not intend that an abortion will result from a referral, the act of referring is so closely linked to it that it cannot be anything other than facilitating the abortion.

The USCCB’s Ethical and Religious Directives for Catholic Health Care Services provides the religious framework for guidelines concerning ethical practice for Catholic hospitals in the U.S. which states:

Abortion (that is, the directly intended termination of pregnancy before viability or the directly intended destruction of a viable fetus) is never permitted…Catholic health care institutions are not to provide abortion services, even based upon the principle of material cooperation. In this context, Catholic health care institutions need to be concerned about the danger of scandal in any association with abortion providers.

Protecting the right to life and the dignity of every human being is by no means a uniquely religious or Catholic perspective. Rather, the right to life is a basic axiom of human existence. Nonetheless, for Catholics, abortion is a grave evil that is never permissible. Forcing Catholic doctors and hospitals to provide referrals for abortions and contraceptive services is a clear violation of the fundamental right to religious liberty.

Sadly, the religious intolerance displayed in this latest study is not an anomaly in today’s cultural climate. Denigration of the Catholic Church on account of its stance in defense of the unborn and other vulnerable members of society is all too commonplace these days.

Most states, even most states with loose abortion restrictions, provide, as a matter of public policy, safeguards for conscientious objection rights when it comes to providing abortion services. A few states, however, including Alabama, Colorado, New Hampshire, Vermont, and West Virginia still lack urgently needed laws to protect conscience rights for health care workers who oppose providing abortion services on moral or religious grounds.

Abortion advocates have long called for the repeal of public policies that protect healthcare workers from being forced to participate in providing abortion services. For almost a decade, the pro-abortion American College of Obstetricians and Gynecologists (ACOG) has maintained its position that conscience rights for health care workers and the right to life for the unborn always be subservient to a patient’s request for abortion. ACOG maintains that physicians have a “duty” to make referrals for abortion upon patient request and that doctors do not possess the right to express their medical opinion to patients when those opinions are pro-life or opposed to the provision of contraception. In situations where referrals are not feasible, ACOG recommends that “providers have an obligation to provide medically indicated and requested care regardless of the provider’s personal moral objections.”

The right to life for every person is tantamount and should be protected unconditionally. Physicians must not ignore the right to life of the unborn when providing care. No government or organ of society should be able to force doctors or health care institutions to participate in providing abortion or contraception, particularly when doing so violates deeply held moral convictions or religious beliefs.