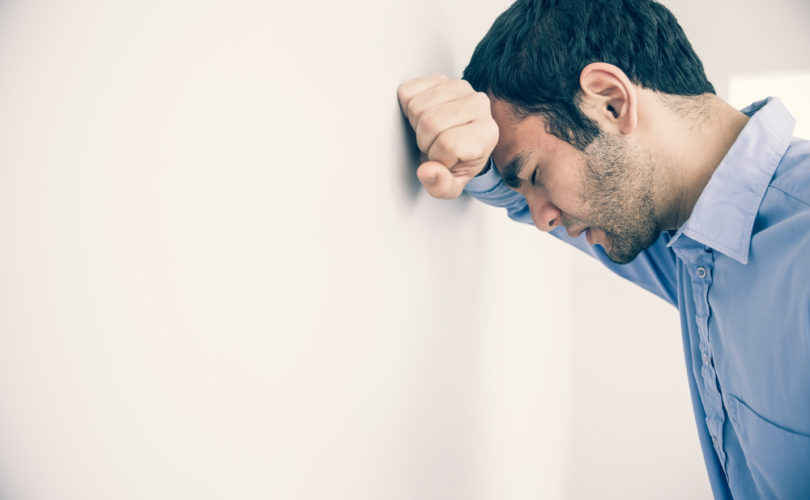 August 26, 2016 (LifeSiteNews) — In a recent Federalist piece, D C McAllister highlights The Daily Show host Trevor Noah's belief that men should have no say in abortion because abortion is a women's health issue that has nothing to do with men. Noah’s argument reflects the wider view, made by Sarah Ditum and others, that abortion is ultimately about a woman’s reproductive rights and the basic principle of “my body, my choice.” As I learned firsthand, however, such an approach disregards the role of men as co-creators of life and the life-changing trauma that losing a child in such a deliberate way can have on men.

Ten years ago, I lost an unborn child to an abortion I didn't want. When my girlfriend at the time discovered she was pregnant, she said she wanted an abortion. It was hard enough to discover that I was about to become a father, let alone learning that my child may never see the light of day.  I tried to persuade my girlfriend to keep the baby and show her that we could raise this child, but her mind was made up and she went through with the abortion. I blamed myself for her choice.

Wounds do heal over time — even deep ones — but scars remain. Ten years later, I find myself incredibly blessed with a beautiful, bright and loving wife, a 3 1/2-year-old son and a 1 ½-year-old daughter. At times, I can’t help but look into my children’s happy, vibrant eyes and wonder what their older brother or sister might have been like. Sadly, my story is not unique.

Other men I shared my story with also struggled to come to terms with abortion loss. Many were reluctant to share their stories openly, as if their feelings were somehow invalid or wrong. Social expectations in the aftermath of Roe v. Wade have taught men to deny their roles as parents until they are given permission — or a mandate — to accept those life-changing responsibilities. This leaves many men walking a frayed tightrope when faced with an unplanned pregnancy; men cannot love their children until they are told they can.

Many men do their best to fulfill this socially defined role, as fractured as it is. Research by Drs. Catherine Coyle and Vincent Rue shows that many men see a need to support a woman's choice even as it emotionally tears them apart. Coyle and Rue found that men who regretted an abortion commonly experienced a range of emotions including: loss and grief; helplessness and/or victimization; as well as anger and confusion. These findings reflected my own experience. I came to terms with my loss by writing a memoir, A Father’s Choice, which I published in hopes of helping others and sharing a perspective that is not often heard.

Women and men both have a role to play in creating life and raising children, but today’s laws don’t reflect that basic fact. While women alone decide whether to end a pregnancy, both parents bear responsibility when women choose to continue a pregnancy. If Trevor Noah and other “bro choice” advocates, believe that they should leave the choice of abortion to women alone, what would they do if a woman they slept with chose to continue a pregnancy with a baby they didn’t want? Would they readily accept the legal and financial responsibilities that come with a child for 18 years? Or, might they ask themselves whether a woman’s reproductive rights truly supersede their own?

We can't resolve this inconsistency without  treating abortion as a family issue that involves men as well as women (and, of course, the unborn child). The answers for achieving this are not straightforward, but it is a needed conversation through which we as a society can find the best way to respect both parents’ roles. In the least, such an approach can remind both men and women of their parental responsibilities and in turn help prevent the unplanned pregnancies that so often lead to abortion in the first place.

Tony Perry is a health care project manager in the English National Health Service. His memoir, A Father’s Choice, is available on Amazon.