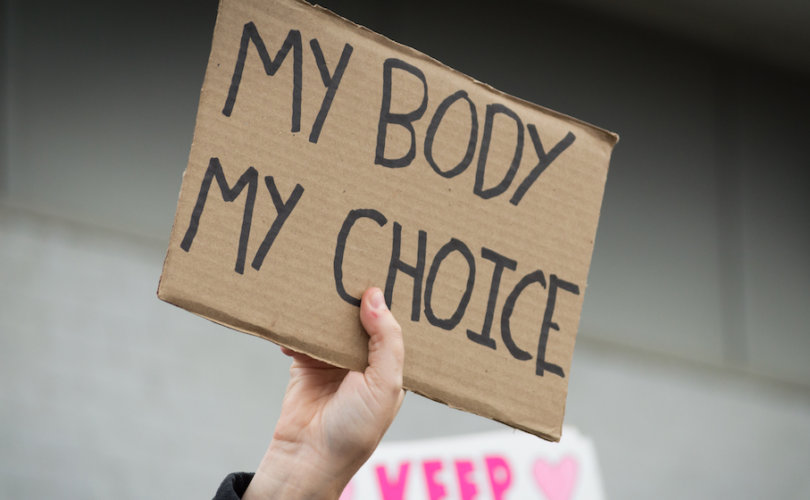 (LifeSiteNews) – Many liberals condemn the fight against abortion because they say it is a single issue that has dominated the political landscape. Other problems also need attention, they say, and are not addressed because of the raging debate over this highly polarizing point.

In a certain sense, the liberals are right. However, they are also wrong. On the one hand, abortion is a single issue that has taken on huge importance. On the other, it is tied to other problems that take society down the slippery slope of self-destruction.

Such conclusions are not coming from rabid pro-lifers blowing things out of all proportion. No, liberals correctly admit that everything is linked. It is much better to take their word for it.

Indeed, New York Times opinion writer J. Boylan says it all with an article titled “Abortion Rights and Trans Rights Are Two Sides of the Same Coin.” Anyone having any doubt will find Boylan consistent with liberal dogmas. Anyone who does not know where the pro abortion position leads to has only to follow the article’s twisted logic.

The central thesis of this “transgendered” author is that the State does not have the right to limit what one can or cannot do with one’s body. Thus, abortion is linked to the “trans” movement and all sexual deviations and lifestyles. The State must provide the “healthcare” of abortion and “gender transition.” It is essentially the same thing.

It is no coincidence, the article’s author maintains, that Planned Parenthood is also “one of the top providers for trans people’s health care nationwide.” The author reports that “trans” activists are also increasingly involved in fighting for abortion.

The supreme law is the individual

When “bodily autonomy” is considered absolute, any restriction is tyranny. If that liberal dogma is accepted, then public nudity and lewdness cannot be banned, for they would be hailed as expressions of personal freedom. The erroneous underlying principle would also justify public or private sexual activity with animals and inanimate things. Every life choice must be left to the individual, as in the case of assisted suicide. All these activities must be sanctioned, encouraged, and, if necessary, paid for by the State.

Anyone who opposes this scorched moral offensive is accused of imposing personal religious beliefs and morality upon others. However, liberals happily force the ideology of “turning bodily autonomy into an absolute” on culture, education, and society.

Thus, for leftists, the supreme law becomes the individual seeking the false absolute freedom of doing whatever the person wants. In addition, while this freedom is considered absolute and supreme, leftists hold that the freedom of other beings is not to be considered. The unborn child is not another human being (who logically should be regarded as supreme as anyone else) but an obstacle to the mother’s absolute freedom that must be eliminated. All those crushed by the destructive choices of individuals seeking absolute freedom have no say in their own destruction.

Under this false notion of freedom, the individual determines reality. There is no such thing as human nature. Being human is whatever the person decides it to be—even if it is inhuman. Thus, persons must be free to self-identify as whatever the imagination proposes. In this postmodern world, fantasy rules and nothing is anchored in reality.

True freedom consists of living in accordance with human nature, which allows the person to develop maximum potential. This effort often involves self-discipline and restrictions that keep the person from being enslaved by disordered passions.

When individuals determine reality, there can be no objective norms of behavior or morality that govern everyone according to a common human nature. There are no societal norms, tried and true over generations that guarantee society’s good order, proper functioning, and perpetuation. Above all, there can be no natural law written in the hearts of all that shows people how they must act in accordance with human nature. Moreover, there can be no supreme Lawmaker, Who, by this law, desires the happiness of those Whom He created.

None of these truths exist in this distorted negation of reality. Only the individual driven by the unbridled passions exists in a separate imaginary world. These disordered passions enslave individuals depriving them of true freedom.

Indeed, all issues are linked. The pro-life debate is not about “healthcare,” but the struggle between two irreconcilable world views, one that is true and another that is false.

The fantasy flight away from reality will end in tragedy. A person’s efforts to create a separate universe reveal a desire to be god. When reality intervenes, such fantasy universes always fall apart. And the individual, unable to be a god, plunges into nihilism.