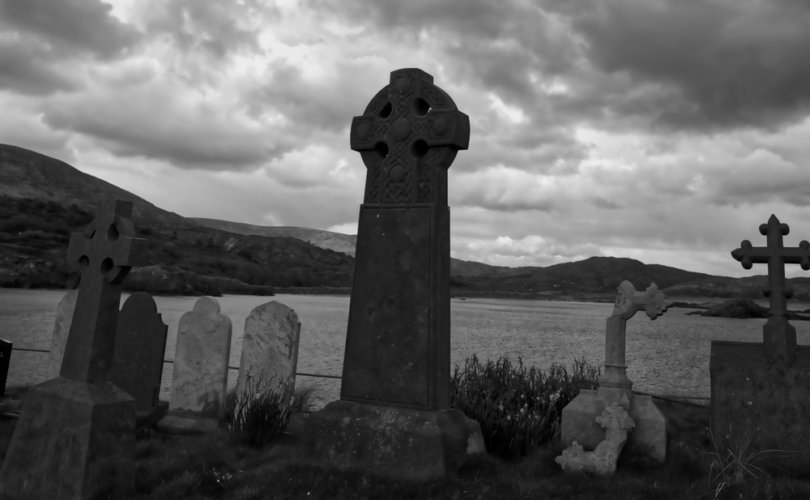 May 26, 2018 (LifeSiteNews) – This September, Pope Francis is due to visit Ireland almost exactly 39 years after the first reigning pontiff set foot on Irish soil.

The current Holy Father would, however, be visiting a country greatly changed from the one to which his predecessor came.

The reception Pope St. John Paul II received was what one would expect from a Catholic nation, especially one with a history of persecution. It is estimated that approximately 1,250,000 people, one quarter of the population of the island—one third of the Republic’s population — attended the visit’s opening Mass in Dublin’s Phoenix Park. More than 250,000 more attended a service near the Irish Border later that same evening—most of those present travelling from British-controlled Northern Ireland. Later again, hundreds of thousands lined the streets of Dublin as a night time motorcade made its way to the Presidential Residence.  The next two days were to be similar in their exuberance, for this was more than just a “welcome”; it was closer to a national celebration, and one that seemed to say that, in spite of everything, the Faith had not only survived but had triumphed.

The visit was deemed a great success, measured as it was in cheers and bunting.

High-ranking Irish clerics congratulated themselves, and the Irish faithful, on the Papal visit. It was to be a false dawn, however.

The 1979 visit marks an ending. It was thereafter resolved, determined by forces seen and unseen, that the moment had come, Catholic Ireland should fall. Fifteen hundred years of fidelity were to be broken. On that September day, as the papal jet’s engines started up, and the final salute of the military guard of honor was taken, what was then not fully understood was that the last act of one story was ending just as the first of a very different one was beginning, appropriately, with the departure of the Vicar of Christ.

In southern Ireland, when Pope St. John Paul visited, abortion was criminal, contraception unavailable, and marriage was between one man and one woman for life, divorce being illegal. Church attendance rates remained among the highest in Europe. The Church controlled almost all schooling, and much of the medical and social service provision. The Irish State was Catholic in all but name; as testified by its Constitution, specifically its Preamble, invoking as it did the nation’s Christian heritage: “In the Name of the Most Holy Trinity from Whom is all authority and to Whom, as our final end, all actions both of men and States must be referred…”

All looked to be in order.  It proved an illusion.

The end of the papal visit marked the beginning of years rich in disaster for the Church in Ireland. In the North, war and civil strife continued, with the Pope’s words for a cessation of violence roundly ignored; and, even when at last a cease-fire did come, the peace was cruel with its ghosts later leaving unquiet graves to wander abroad seeking justice. There was stagnation in the public discourse, as year after year things went ill socially, and little better economically. Throughout it all, the Church was increasingly moved to the margins. In any event, it was to make little difference, as scandal infected some of the clergy, with the consequence that what was preached from the pulpit was publicly ridiculed.

The Irish media smelled blood and attacked what it had once feared. All priests were tarnished regardless of innocence or guilt.  Silenced, the Church stood and watched as a “new Ireland” was now erected, one very different from anything seen before.

On the final day of the visit to Ireland, Pope St. John Paul spoke of a clear choice between Christ and the world. On that overcast day in 1979, he presented Ireland with that choice, one between Christ and all the empty promises of the prince of this world. It was to be the last day of his visit, and very nearly the last for Catholic Ireland.

By the next year, the Irish Parliament had legalized contraception. It was a start of a process, some might say a “war,” and, by the end, the forces of “progress” had won every battle. Today, some 30 years after Pope John Paul had flown out of Ireland, the nation’s social fabric looks just as much of a moral mess as any other European country. Ireland has indeed made her choice.

Perhaps, in hindsight, it is no surprise that, as the Faith declined, prosperity increased. And while church attendance plummeted and parishes closed, crime rose, as did family breakdown, equally so illegitimacy, woes of differing shades now began to gather. But then, when things looked as if they couldn’t get any worse, there came the coup de grâce.

The latest and most decisive battle of this “war” was fought on 25 May 2018. Such was the scale of defeat Catholic Ireland ceased to exist.

From now on, each year on that date, a bell should toll as, dressed in black, the priests of Ireland ascend to the altar before offering the “funeral” Mass for the spiritual death of a nation and to make reparation for the extinction of untold Irish children who were not allowed to see the light of day.

For now, as the snakes return once more, across the land of St. Patrick night has fallen.