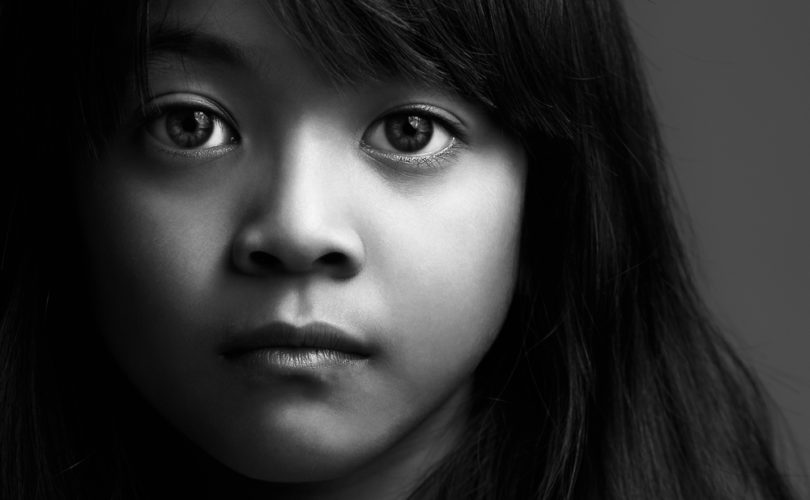 ASUNCION, Paraguay, May 6, 2015 (LifeSiteNews.com) — “10 Year Old Paraguayan Girl Pregnant by Rape”: A headline like this will undoubtedly shock and paralyze most people. As the mother of a girl of 12 who lives in Paraguay I cannot even begin to imagine what I would feel in my heart if something like this happened to my daughter.

A few days ago, the media in Paraguay reported headlines just like this.  A 10-fyear-old girl had been taken to the emergency room of a hospital in Asuncion complaining of abdominal pain and an unexplained increase in the size of her belly.  After several tests, the doctors came to a conclusion: the girl was pregnant.

In 2014, the girl's mother had reported the man she lived with to the police, accusing him of 'groping' her daughter who was then only nine years old. Police began investigating the case, but soon the mother withdrew the accusation, assuring the police that it was all a misunderstanding. The mother continued to live with the man, and now a year later, her little daughter is 23 weeks pregnant. It is now believed that the girl was subjected to constant abuse and that her mother knew, or at least suspected what was happening.

In this terrible case there are two victims and many culprits.  Obviously, the victims are the young girl and her baby.  I have mixed feelings about the mother of the little girl.  As a woman, I would not put all the blame upon the girl's mother, for I am convinced that the violence experienced by the girl was probably also suffered and feared by the girl's mother.  However, as a mother myself, I also know that I would fight tooth and nail against anyone who tried to hurt one of my children. I would in fact gladly give my life to defend them.

One cannot forgive the actions — or in this case — the inaction of the mother who failed to protect her daughter – and the mother is currently imprisoned for her complicity in the abuse.  The police stated that for more than a year the girl's mother knew her daughter was abused by her partner and she let it continue.

Meanwhile, the principal perpetrator, the man who raped and impregnated the 10-year-old girl, is on the run, having absconded the moment the case became public.

Faced with such tragedies, our society is nevertheless left to deal with a situation that is more common than one can imagine.  According to the Paraguayan Ministry of Health, in 2014 there were 684 cases of pregnancies of girls between 10 and 14 years. This data reveals the magnitude of the problem.

Now, what is to be done with the pregnant young girl?

Amnesty International is using this case to call for the legalization of abortion and it has mounted an intense lobbying campaign with the Paraguayan government to pressure them into aborting the 23-week-old child.  They are calling for “the legal interruption of pregnancy” in order to protect the health of the little girl.

The abortion advocates' campaign repeats the mantra that the state must act “as soon as possible to protect all human rights of girls, starting with the right to life, health and physical and psychological integrity, in the short, medium and long term.” They say that they defend the “right to choose”.

I wonder if Amnesty International activists are really concerned with the little girl? For it seems that they what they are really doing is using her, using her tragic circumstance to advance their own agenda.

Article 4 of the Constitution of the Republic of Paraguay is clear in stating that the state must protect life from the moment of conception. In this case, both the 10-year-old girl who has been abused, and the baby she carries in her womb, have the right to demand that the State act to protect their lives.  Both should have access to all the necessary medical efforts needed to attend to them; both are victims and deserve all the support of society and the state.

The value of a life is not defined by age, stage of development, or the circumstances under which one was conceived.  All life is valuable in itself. The authorities have a moral obligation and a constitutional duty to protect them and give them the care necessary to save both.

Although Amnesty international states that abortion is necessary in order to save the life and health of the little girl, at this moment, thankfully, her life is not in danger. The doctor who is monitoring the little girl, Dolores Castellanos, has confirmed that the pregnancy is developing without affecting the health of the infant or the little girl.  However, media propaganda unleashed around the case insists that the young girl will die if she is allowed to reach full term.

To their great credit, the government has been cautious and resilient, and Health Minister Antonio Barrios has not succumbed to the international abortion lobby's pressure. He has stated that the government has applied strict measures to protect the child and the baby.

Moreover, many Paraguayan non-profit organizations and other institutions have stepped up and offered to help with comprehensive care such as counseling, material and financial short and long-term support, continual support, but most importantly with support that takes into consideration the life of both children, the young mother and her baby.  Yet others, like Amnesty International, are not offering comprehensive care for the victims, and instead are just taking advantage of the situation to try to establish a precedent for the legalization of abortion in order to eventually enact laws that violate the right to life.

While comprehensive and compassionate care for the young girl and her baby are laudable, it is only putting out one fire which unfortunately will break out again. More must be done to address the roots of the tragedy that this girl and so many other children like her have to suffer.

Instead of abortion, it is time for the government to enact substantive solutions to child abuse. It should legislate to promote comprehensive educational programs to prevent child abuse in the first place; it should promote a culture of appreciation and care for children, not create an even more calloused society that tolerates the murder of children as a solution.  We have to protect all of our children, born and preborn, for they are the future face of society.

But above all, we must realize that the best answer we have to child abuse has always been right in front of our eyes.  It is such an obvious solution that it seems unbelievable that so many 'experts' would not see it: we must strengthen the family headed by a father and a mother.  The family is the most basic non-profit organization, and the one with the greatest public purposes.  It is focused on the health of the individual and is the only true foundation of society.

The little girl who is pregnant today comes from a family that is the picture of dysfunction. The mother, who had a low-income job, had three children by three different fathers: a 13-year-old, the little girl of 10 who is pregnant, and an 8-year-old boy.  Let's tackle the underlying roots of the problem.

There is no better investment for the government than public policies that strengthen, protect, and promote marriage and the family as irreplaceable social capital, especially when there are young children involved.  Society at large must embrace a culture that recognizes and values the family and all its members as a treasure to be cared for and preserved.

What this little girl and others like her have experienced is impossible to erase. They were robbed of their childhood innocence.  The abuse to which she was subjected will leave an indelible imprint in her memory and on her soul.  It requires our support and care.  But thinking that killing the baby in her womb is somehow going to help her is a grave mistake.  It will not ease, but on the contrary, will increase the harmful aftermath of the experience.  Violence cannot be erased with more violence.

As my grandmother told me: “As much as it may anger me when a nice plate is chipped, I will never think that the solution is to smash the rest of the china.”