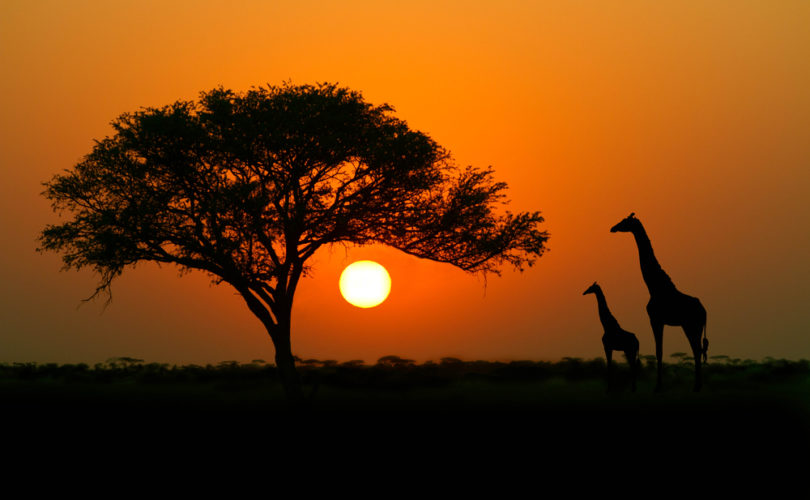 July 10, 2015 (LifeSiteNews) — The battle continues to rage between the population control experts advising the Vatican on Pope Francis’ environmental agenda, and the Catholic pro-life movement. The Pontifical Academy for Social Sciences (PASS) serves as the battleground, where its Chancellor, Bishop Sanchez Sorondo continues to defend the Academy’s reliance on virulent abortion proponents, like Jeffrey Sachs of the UN Sustainable Development Network. Bishop Sorondo defended the choice of his experts by stating that they were participating “on the questions of climate change and modern slavery” and that abortion was not mentioned during the conference. His weak defense is reminiscent of the African proverb, “Much silence makes a mighty noise.”

The ‘mighty noise’, promulgated by Jeffrey Sachs, Sorondo’s favorite guru, resounds throughout his books, speeches, and lectures. The roar reverberates in the integral role that abortion and reproductive health services play throughout the UN Sustainable Development Goals (SDGs). Shockingly, every environmental conference at PASS in the last two years highlighted the importance of the passage and implementation of the SDGs.

While Jeffrey Sachs coyly did not mention abortion in his many Vatican speeches, he routinely advocates for global legalization of abortion and reproductive health services as the benchmark for success of the SDGs.  Sandwiched in between his talks at the Vatican, Sachs elsewhere promotes the importance of reducing the world’s population through legal abortion and family planning clinics. In February 2015, just two months before his fourth address to the Pontifical Academy, Jeffrey Sachs was the keynote speaker at the UK Overseas Development Institute (ODI), where he vociferously and strenuously decried the growing population in Africa and the need to reduce Africans for the sake of the upcoming Sustainable Development Goals.

“World population continues to grow too rapidly in the poor countries and especially in Africa and this is a threat on many fronts. First, to ending extreme poverty itself in these places with rapid population growth. They are under tremendous ecological stress, economic stress, financial stress, social stress. Africa’s population is on a path the UN estimates to quadruple this century. No thank you.”

Who is the royal “we” that Sachs speaks of? Is it the elites of the intellectual left and the global NGO movements? Is the “we” the nameless UN or US bureaucrats who dangle humanitarian aid and foreign aid in exchange for legalizing abortion?

How does population czar Sachs plan on reducing that nasty African fertility rate? Listen to the Vatican’s collaborator spell out his plan:

“Fortunately, we know just how it comes about. Keep girls in school, enable them to finish secondary school, ensure access to family planning services to universal health coverage and you will have a demographic transition of a voluntary basis like we need.”

Less than two months after this OGI speech, Sachs returns yet again to the Vatican for his 4th Address to embed adoption of the United Nations’ Sustainable Development Goals with the Pope’s Laudato Si’ encyclical. And indeed, the Encyclical calls on “countries to support the policies and programs of sustainable development” (LS#52). Yet the pope did not yield to his underlying agenda.

In a rebuke to environmentalists of Sachs’ ilk, the pope criticized those who “can only propose a reduction in the birth rate” to address challenges facing the environment and the poor. Quoting the Compendium of the Social Doctrine of the Church, the pope said, “While it is true that an unequal distribution of the population and of available resources creates obstacles to development and a sustainable use of the environment, it must nonetheless be recognized that demographic growth is fully compatible with an integral and shared development.”

Of course, ever the diplomat, when he enters the halls of the Vatican Sachs cleverly doesn’t mention the need to push family planning services on African girls. How shrewd of him.

“I am really scared about population explosion in Nigeria. It is not healthy. Nigeria should work towards attaining a maximum of three children per family.”

Bishops of Nigeria, are you listening?  Sachs and other Vatican advisors seek to limit Nigerian families to only 3 children. As the Director of the UN Sustainable Development Goal Network, Sachs wields enormous power to implement these goals, which are predicated on reducing the world’s population, most especially in Africa.

So, the white man from the elite Eastern corridor of power doesn’t want Africans to populate their continent! Sachs’ elitist attitude, in the words of the Nigerian pro-life leader, Obianuju “Uju” Ekeocha, smacks of “cultural imperialism.”  Read Uju’s Open Letter to Melinda Gates, who with her billions, propagates the anti-life agenda of the UN SDGs. Uju’s letter can be viewed at www.cultureoflifeafrica.com.

Pope John Paul II understood the danger of UN demographic population politics and he fought heroically to defeat the UN at every turn. In his Evangelium Vitae, St. John Paul the Great astutely cautioned against the language and tactics of the critics of demographic growth.

“Today not a few of the powerful of the earth act in the same way. They too are haunted by the current demographic growth, and fear that the most prolific and poorest peoples represent a threat for the well-being and peace of their own countries. Consequently, rather than wishing to face and solve these serious problems with respect for the dignity of individuals and families and for every person's inviolable right to life, they prefer to promote and impose by whatever means a massive programme of birth control. Even the economic help which they would be ready to give is unjustly made conditional on the acceptance of an anti-birth policy.” (EV #16)

The prescient sainted pope saw that a massive program of birth control is in the works for Africa, masquerading as the lofty UN’s Sustainable Development Goals.

Here is Jeffrey Sachs’ UN plan to reduce the population of Africa, spelled out in his 2015 book (which was distributed at the Vatican), entitled “The Age of Sustainable Development”.

“One of the keys to a quick voluntary reduction of fertility therefore is to lower the mortality rate of children, thereby giving confidence to parents to have fewer children as well. The legality of abortion also plays an evident role as well. Different societies have widely divergent views about abortion, but the data suggest that those countries with legalized abortion tend to have lower observed fertility rates than countries where abortion is illegal.” p. 213

These words penned by the Vatican advisor should be fighting words for the African Bishops. The success of the UN’s Sustainable Development initiative depends on reducing the number of Africans, plain and simple. It is nothing short of an imperial takedown by the leftists in UN global government.

“Population dynamics are very important for Sustainable Development. The chances for sustainable development will be very different if the world population reaches 10.8 billion at the end of the century or instead peaks by 2050 and declines to 6.8 billion by 2100.” p. 214

The continent of Africa is in the cross-hairs of the elites at the United Nations. With the huge increase and imposition of carbon taxes and fines from funds generated from the implementation of the Paris Climate Treaty in December, the UN will dispatch one million Community Health Workers (CHW) armed with contraceptives, and Plan B to wipe future African generations off the face of the continent.

Time is running out for Africa. The Catholic Bishops of this resourceful and magnificent continent must raise their voices in opposition to the UN anti-life and anti-Africa agenda. Time to create a mighty noise.

Elizabeth Yore is an Attorney and International Child Rights Advocate. She served as one of the members of the Heartland Institute delegation to protest the Vatican exclusion of all scientific opinions and reliance on population control experts. She served as Child Advocate and Special Counsel at the South African Leadership Academy for Girls. She was the General Counsel of the National Center for Missing and Exploited Children and the Illinois Department of Children and Family Services. She received her B.A. from Georgetown University and her J.D. from Loyola University Law School in Chicago.