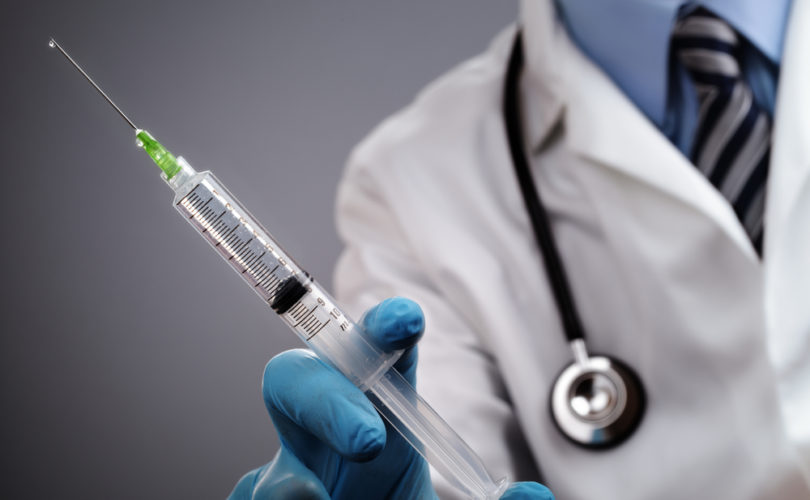 TORONTO, April 9, 2015 (LifeSiteNews.com) —At the beginning of the dystopian movie Fahrenheit 451, firetrucks whizzing by cause a child to cry excitedly, “Oh Mummy, look! Firemen! Mummy, there's going to be a fire.” How far off in Canada is the time when children will say, when they see an ambulance flashing past: “Look, Mummy, ambulances, there’s going to be an execution”?

Not far: Canada’s 17 medical schools, the National Post reported last week, “have begun to consider how they will introduce assisted dying into the curriculum for the next generations of doctors.”

Ever concerned to keep current, the Canadian Medical Association is likewise planning upgrades for practitioners who graduated back in the old days when doctors were trained to save lives.

But if assisted suicide or euthanasia become medical school options now, Larry Worthen, head of the Christian Medical and Dental Association of Canada worries, will they be compulsory down the road, to ensure med students get a “well-rounded” education?

The Post article quotes Dr. Richard Reznick, dean of the faculty of health sciences at Queen’s University in Kingston, as saying, “If legislation passes, and if it becomes a standard of practice in Canada for a small subset of patients who desire assisted death, and where all the conditions are met, would we want a cadre of doctors that are trained in the emotional, communicative and technical aspects of making those decisions, and assisting patients? We would.”

Legislation is a foregone conclusion, since the Supreme Court of Canada threw out the old law against assisted suicide in February, but delayed for a year to give Parliament a chance to pass a new law safeguarding seniors, the disabled, and doctors with consciences.

Dr. Genevieve Moineau, president and chief executive of the Association of Faculties of Medicine of Canada, told the Post that once the law urged by the Supreme Court was passed, assisted suicide “would need to be introduced definitely in the early stages of medical school.”

Reznick stressed, as has the Canadian Medical Association, that killing patients would be an option. “We have to be respectful of the first principle here, that this is a choice,” Dr. Reznick said. “There will be students who, for personal, religious or philosophical reasons, may not feel comfortable in ever thinking about themselves as perhaps participating in assisted death, as will be true of many physicians, perhaps the majority of physicians.”

Nonetheless, the Colleges of Physicians and Surgeons in Ontario and Saskatchewan have passed or are considering policies requiring doctors to do all legally permissible procedures. Key College personnel in both provinces have also advised that doctors who didn’t want to do abortions, euthanasia, or assisted suicide might think about a career change. The latest was Dr. Mark Chapelski, past president of the Saskatchewan College of Physicians and Surgeons, who said last month, “If doctors had conscientious objections, maybe they shouldn’t be doctors.”

That, says the CMDA’s Worthen, is increasingly the message in Belgium, which legalized euthanasia in 2002. “The situation is quite precarious for medical students who are not willing to perform euthanasia. Their professors are openly telling their students they would not be being professional if they left the difficult jobs to others.”

But Alex Schadenberg, head of the London, Ont.-based Euthanasia Prevention Coalition, thinks compulsory euthanasia training is only a possibility.  “A large group of doctors would want nothing to do with it. The question is: who is going to do it?” According to the Canadian Medical Association’s self-polling, only 20 percent of its members are willing to do euthanasia, and only 27 percent to assist suicides.

But medical students are not the only group facing the grisly training: Schadenberg recounts recently hearing Dr. Jeff Blackmer, the Canadian Medical Association’s vice president for medical professionalism, describe the CMA’s plans to provide upgrades on assisted suicide and euthanasia for interested doctors who graduated too soon.

Blackmer told his audience that executions of capital offenders in the United States by lethal drug injections were botched frequently enough to indicate the need for training.

“Very few doctors in the U.S. would know how to do this,” Schadenberg said.