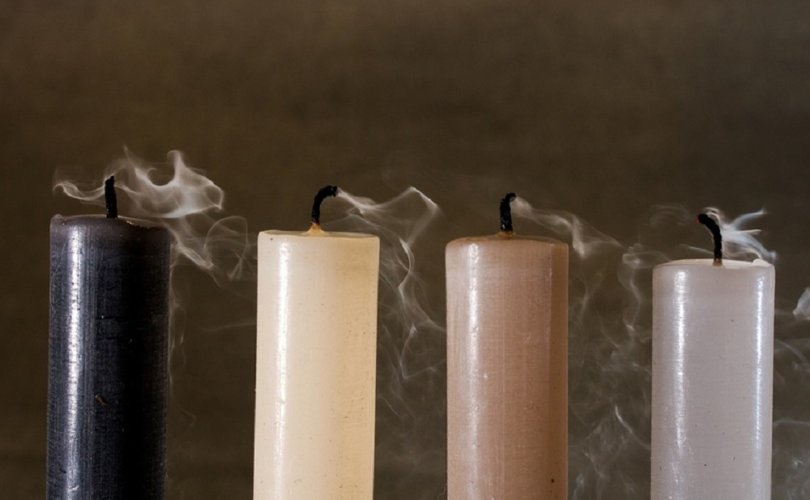 August 14, 2018 (The Catholic Thing) – I came across an advertisement for a financial institution recently that, sad to say, displayed more wisdom than we usually find today among many people, including many Catholics: “Trust is binary. Either you have it or you don't.”

A bold statement these days, by anyone. For the politically correct, “binary” distinctions are not only stupid and simplistic but hate-filled – most notably as in “male and female He created them.”  There are even “Catholic” theologians who argue that such binaries are a mere glitch in our brains.

Forget that itinerant Palestinian preacher who said, “let your 'yes' be yes and your 'no' be no.” We're much taken just now with gray areas, our superior moral awareness to previous ages, recent changes in public understanding, stylish deliverances of “conscience.”

But that is going to change now, if only because it must. Revelations about the Church leadership in several countries and in the Vatican itself have led us to the point that we wonder whether we can still trust what our own religious leaders say and do. To judge by what I hear from Catholic leaders and lay people, our bishops need to wake up to the sheer magnitude and intensity of the anger out there. Fast.

With few exceptions, they don't seem to recognize that we may be close to an “inflexion point.” For years, the Catholic Church in America had many and great advantages, not least that ordinary believers – unlike their counterparts in Europe – looked to Church leaders as bulwarks of the true and the good. We admired them for what they did inside the church building, but also outside in the community.

Trust is binary. Our bishops can no longer assume that they have it. Bishops here may be teetering very close to the point at which the Irish hierarchy lost its credibility, to the immense detriment of marriage, family, and the unborn.

It didn't have to be this way, and doesn't have to be going forward. We've had sixteen years of what has sometimes been quite harsh treatment of priests accused of sexual abuse. That's almost two decades, and any bishop who covered up misbehavior by priests under his authority over that period is not only incompetent and culpable, but – with all due respect for the Lord's anointed – a fool.

When the John Jay Report came out in 2004, it estimated that the number of priest abusers was a little over 4,000 out of more than 100,000 men who had been priests over the relevant period. So about 4 percent.

Was/is the proportion of bishops who mishandled abusers or were themselves malefactors higher? Even so, there's no way back to basic trust without dealing – sharply, if necessary – with something that will otherwise wreck the innocent along with the guilty.

Part of the reckoning has to speak frankly of the homosexual component of the abuse. Eighty percent of the priestly abuse involved young men, not children. Gay abuse, not pedophilia. Former Cardinal McCarrick engaged in both – and there are good reasons to look at both in future investigations. Pope Francis has rightly urged the Italian bishops not to admit to seminary anyone even suspected of same-sex tendencies.

There are, to be sure, theological questions about how bishops can be disciplined or removed. But once the bishops accept that no one believes they can investigate themselves – and that Catholics and others will be watching – it's not all that hard to set up truly independent investigators. And stipulate that those who don't co-operate will be publicly putting themselves under suspicion.

Priests who have been responsible for handling cases of priest abusers tell me that the yearly visits by representatives of the USCCB's National Review Board can be quite intrusive – and effective. Nothing less will be needed now to handle wayward bishops. It worked with priests; it can be done with bishops.

To date, only three bishops have stepped forward with effective, concrete proposals for holding themselves and their fellows responsible. Many more have expressed penitence and shame – needed, of course, but for most of us that is only talk.

Late last Friday, Boston's Cardinal Sean O'Malley released a statement about two allegations concerning behavior at St. John's Seminary that were just brought to his attention. Without knowing yet if the charges are true or not, he said:

I am committed to immediate action. … First, I have asked Msgr. James P. Moroney, Rector of St. John's, to go on sabbatical leave for the Fall Semester, beginning immediately, in order that there can be a fully independent inquiry regarding these matters. Second, I have appointed Rev. Stephen E. Salocks, Professor of Sacred Scripture, to serve as Interim Rector[.]

And among further steps: “The faculty, staff and students at the seminary will be advised of my expectation that they will fully cooperate with the inquiry.”

That's seriousness about doing what it takes to retain trust. Can we ask for less from our bishops?

Most American bishops, however, seem quite placid, content to wait until their annual November meeting in Baltimore. They will have to develop a coordinated and well-crafted response – eventually. But to think you can wait months – or for guidance from Rome – may be fatal. Boston is likely to be only the first of many more revelations in coming days and weeks – not months.

The role of Rome in all this is going to be tricky. Pope Francis has said many of the right things. Whether he and the very mixed crew around him will move swiftly to head off disaster remains to be seen.

No financial institution would wait three months to act on questions about credibility. Even the children of this world know you have to act faster than that, even when it's only a matter of money.

Much more is at stake in the Church. And this is a binary moment, no avoiding it. There are only two choices: to start to rebuild trust – immediately – or to risk letting the opportunity slip away.