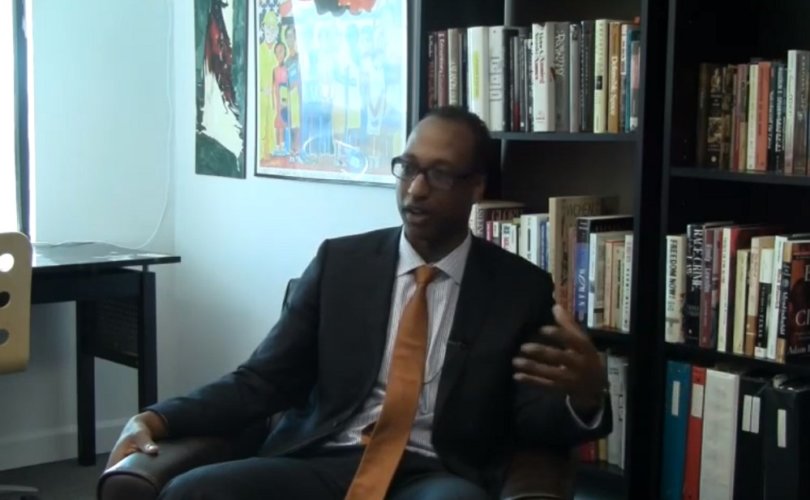 October 3, 2019 (Mississippi Center for Public Policy) — The Jackson city council has passed a controversial ordinance aimed at curbing pro-life counselors and protesters from standing outside the city's abortion clinic in Fondren.

The new ordinance bans individuals from approaching within eight feet of any person, unless that person consents to receiving a leaflet, bans people from protesting, congregating, or picketing within fifteen feet of the abortion center, and bans any amplified sound.

The council held a long meeting last Thursday, and eventually addressed the ordinance in a packed room, open to the public, after eight hours of other scheduled discussions.

Following this meeting, one council member, Melvin Priester, took to his official Facebook page to make some comments about the day. After addressing some of the other issues that were on the docket, he turned to the controversial new ordinance and had this to say (please note errors are his own as the statement appears unedited):

I am absolutely, 100% convinced that give or take 20 years from now, one of these bored kids that gets drug to City Council meetings to wait for their parent to make a public comment will be in a bar on whatever 2039's version of a Tindr/Grindr date is. His/her date is going to ask 'so, why did you move here?' And this person is going to reply, 'As a kid, my family was SUPER-religious. I didn't even go to school, they just posted me up outside the only abortion clinic in a 3-hour radius day-after-day. Anyway, I'm 12 or 13 and my folks would always take me to Jackson City Council meetings to protest abortion. We'd sit there for HOURS so dad could talk for like 3 minutes. It was soooooo boring. He made me sit there and film it on my cell phone even though it was a televised meeting. Anyway, I swore to myself at like the 4 hour point of dying on one of these hard benches for the millionth time that as SOON as I turned 18, I'd get sooooo far away from Jackson and never look back. So here I am, living in San Francisco, working for planned parenthood. You know how it turns out.

The comment is incredibly hurtful for the thousands of faith-filled Mississippians who seek to imbue in their children the values that they hold dear. These good people attempt to pass on what's important to them, teach their kids to get involved in the community, and to defend the most innocent among us, the unborn.

These values deserve to be praised rather than shamed.

The question must be asked: would Priester fire off such a one-sided and belittling analysis of this situation if the shoe were on the other foot? I would think not, it seems much more likely that he'd praise people for exercising their civic duty, had they not had the gall to disagree with him.

Priester, himself, has tweeted that, “[I]t's the citizens of Jackson and the families they raise that truly make Jackson great.” Apparently this doesn't apply to those who dare to raise their children in “SUPER-religious” or pro-life houses.

Regardless of where you stand on the newly passed ordinance, many can probably agree that belittling those who show up to council meetings to participate in their civic duty and suggesting that their kids will turn against their views, probably isn't the way to foster respectful dialogue on a controversial issue.

Published with permission from the Mississippi Center for Public Policy.