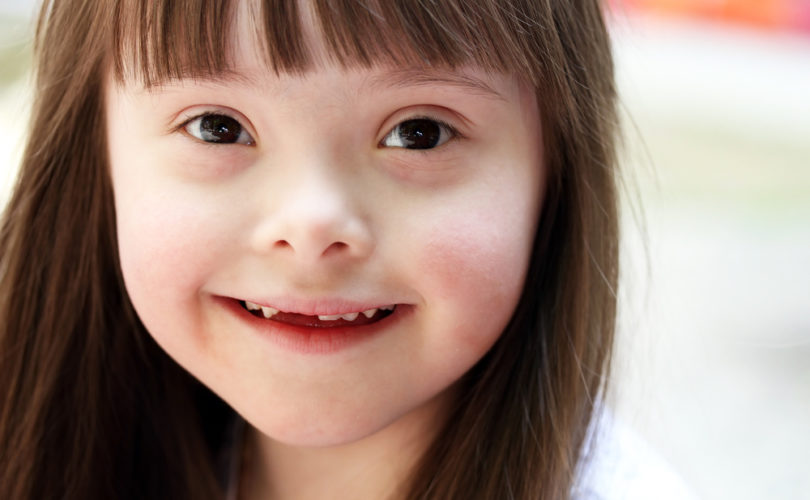 What makes it even more horrific is that these abortions are usually late-term abortions, meaning they are painful, gruesome, and violent.

(LiveActionNews) – North Dakota recently passed a bill outlawing the abortion of babies based on birth defects, like Down syndrome. Pro-lifers and disability advocates alike cheered the decision, because it is horrific to deprive a baby of life simply because he does not meet our society’s standards of perfection.

It is disgusting to see how low we will stoop to avoid “defective” babies, with mothers aborting their children even for very minor defects like cleft lips, which can be repaired. For North Dakota step up and ban these abortions is a step in the right direction, reaffirming that people with disabilities and birth defects have intrinsic value and worth just as the rest of us do, and that they deserve life, too. Some people, though, disagree.

Indiana state senator Travis Holdman has just introduced a similar bill to the one passed in North Dakota, and Amanda Marcotte is not happy about it.

Holdman introduced a bill that would make it a felony for a doctor to abort a pregnancy for sex-selective reasons or because of “a diagnosis or potential diagnosis of the fetus having Down syndrome or any other disability.” According to RH Reality Check, “The term ‘any other disability’ includes: a mental disability or retardation; a physical disfigurement; Scoliosis; Dwarfism; Down syndrome; Albinism; Amelia; and physical or mental disease.”

… But while these bills are still struggling to get off the ground, the fact that they’re showing up at all is indicative of the growing boldness of anti-choice legislators. Banning the non-existent problem of sex-selective abortion is an easy way to grandstand and score “pro-life” points while preening about how pro-woman you are. But banning abortions for fetal abnormalities could negatively affect all sorts of women—and their husbands—including those that tend to vote Republican.

No one is well served when children with disabilities are forced on families that know they don’t have the emotional or financial resources to help them. And this entire bill, which is supported by anti-choice groups in Indiana, would only truly impact the most vulnerable families—those who don’t have the money or ability to travel out of state to get these abortions elsewhere.

Perhaps these bills are showing up because medical advances give people a better understanding of disabilities, and more acceptance for people who have them. It’s not about the “growing boldness” of pro-lifers — it’s about protecting life, all life, even life that Marcotte doesn’t see as worth living.

Here’s something that Marcotte obviously doesn’t think of: what would these families do if there was no prenatal testing available? They wouldn’t have the option of killing their babies beforehand, because they wouldn’t know about it. And it has been proven in studies time and time again that families of children with Down syndrome are overwhelmingly happier, that they love their children with Down syndrome, and that their children bring them closer together.

Yet pro-abortion extremists like Amanda Marcotte would instead follow in Richard Dawkins’s footsteps, saying that babies with Down syndrome should be aborted, and all because they find these disabilities inconvenient. They relentlessly beat into the heads of women that a child with a disability will ruin their lives, because God knows that if people knew the reality of raising a child with Down syndrome or another disability, people wouldn’t be as quick to abort them.

So it’s all scare tactics and fear-mongering, talking about these babies as if they were unwanted burdens who would be hated and resented because these poor, poor people wouldn’t have the chance to snuff out their lives anymore.

Of course, Marcotte also conveniently forgets that there’s this nifty thing called “adoption,” and that if these people really don't want their babies with a birth defect or disability, they could take advantage of it. There are so many people willing to adopt them that there are waiting lists to do so. But then, we’re not talking about your typical pro-abortion activist — Marcotte and her ilk are the most extreme of the extreme, getting angry that children are adopted instead of aborted, because the most important thing to them is that babies get aborted, especially if these babies have a birth defect or a disability. What makes it even more horrific is that these abortions are usually late-term abortions, meaning they are painful, gruesome, and violent.

Who, exactly, gets to decide if someone’s life is worth living or not? Who gets to define whether or not another person is suffering? Why do we allow people to arbitrarily decide whether someone is worthy of life? What Marcotte is doing is playing God, and it’s disturbing. Every human life has value, every human life has dignity, and allowing someone as cold-hearted as Amanda Marcotte decide who gets to live, and who gets to die, is a troubling thought indeed.

Reprinted with pemrission from LiveActionNews.