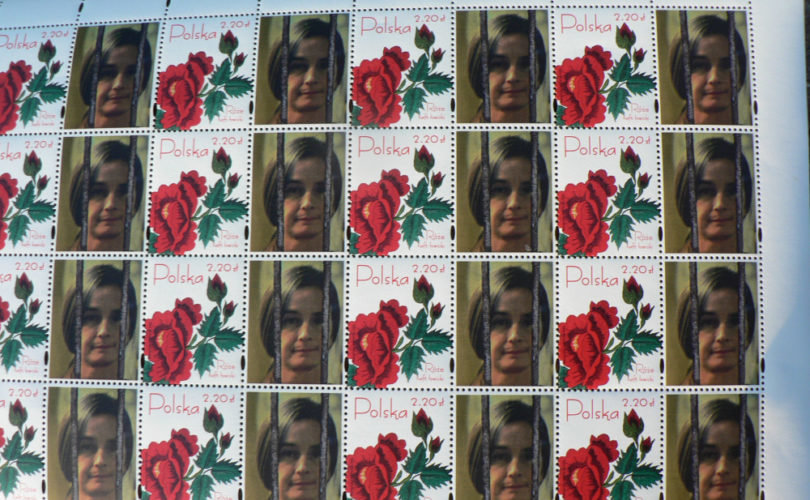 February 12, 2015 (LifeSiteNews.com) — Wagner is an internationally known pro-lifer and prisoner of conscience. She was arrested just before Christmas for trying to talk to women in an abortion clinic in Toronto, Canada. She would gently offer them help and give roses as gifts. While Wagner still sits in prison, her face is now featured on postal stamps.

“It is a new, non-conventional form of fighting for the lives of the unborn,” explained the stamp’s designer, Jacek Kotula, to LifeSiteNews. He ordered the stamps, and the Polish Postal Service issued them for a fee. On each of them appears Wagner’s face behind prison bars and the word “POLSKA” (Poland).

Kotula wanted to include the sentence “FREE MARY WAGNER” on the stamp, but it proved impossible. He said that the Post Office refused because they viewed it as “a political affair of international impact” that they did not want to get involved with.

The stamps will be used on letters to the prison where Mary Wagner is held. “Let them know that they are holding an innocent person whose face graces foreign postal stamps,” Kotula said. He also plans to put them on letters to Pope Francis so that he will intervene on Wagner’s behalf, as well as to the Prime Minister of Canada and Queen Elizabeth.

These beautiful Polish stamps could become a collectors’ item as well as a fundraising tool. Kudos to Jacek Kotula from Poland!