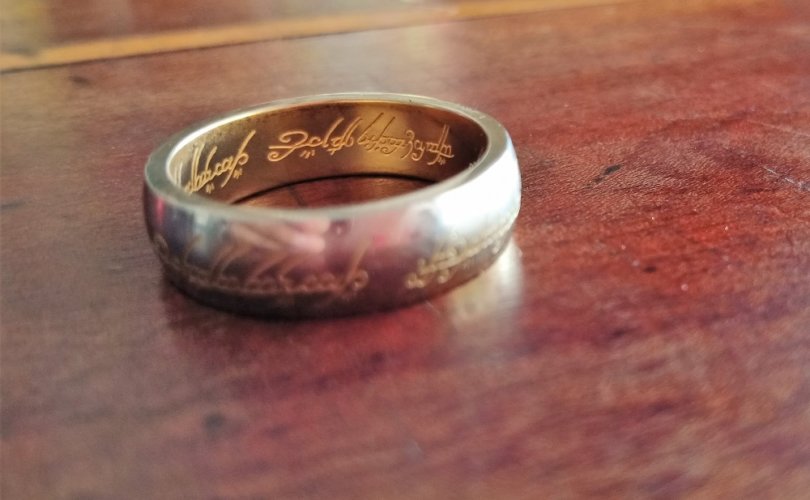 October 12, 2020 (NewsBusters) — J.R.R. Tolkien’s The Lord of the Rings epic has been pretty much perfect since The Return of the King finished out the trilogy in October 1955. The tale’s imagination — buttressed by sublime moral imagination — is timeless. Catholics loved it. Fantasy nerds loved it. Hippies loved it. Led Zeppelin (unfortunately) loved and referenced it often. LOTR made it more or less unscathed through a bad cartoon adaptation and a series of big budget Hollywood movies.

But can Tolkien’s masterwork stand up to an entity as evil as Sauron, as duplicitous as Saruman, as craven as Wormtongue, and as rapacious as a band of ravaging Orcs? I speak, of course, of Amazon.

You see, Amazon is producing a LOTR television series and it may feature “some unexpected nudity” according to Comicbook.com:

The massive project resumed filming in New Zealand in September after a pandemic-induced halt. Now a casting call has gone out for various actors, including those “comfortable with nudity.” The casting call from the BGT talent agency caught the eye of Lord of the Rings fansite TheOneRing.net. It reads, “Comfortable with Nudity? Up to $500 per day. Use reference NUDE. We need Nude people based in Auckland – age 18 plus, all shapes and sizes (Intimacy guidelines will always be followed on set).”

Okay, maybe the Orc enslave humans to work in mines or something, and there are going to be sweeping long shots of them toiling naked … er, no. Comicbook.com again:

The production also has an intimacy coordinator on its team, suggesting the series could include sex scenes.

With admirable understatement, Comicbook.com noted that “This listing has some fans worrying that the Amazon show may be taking inspiration from HBO's hit fantasy series Game of Thrones, which never shied away from sexual content.”

No. It gloried in depicting sex and incest and rape and gay sex — Westeros was a cesspool. Is Amazon really going to do that to Middle Earth?

If so, Frodo failed after all. Amazon has The Ring.