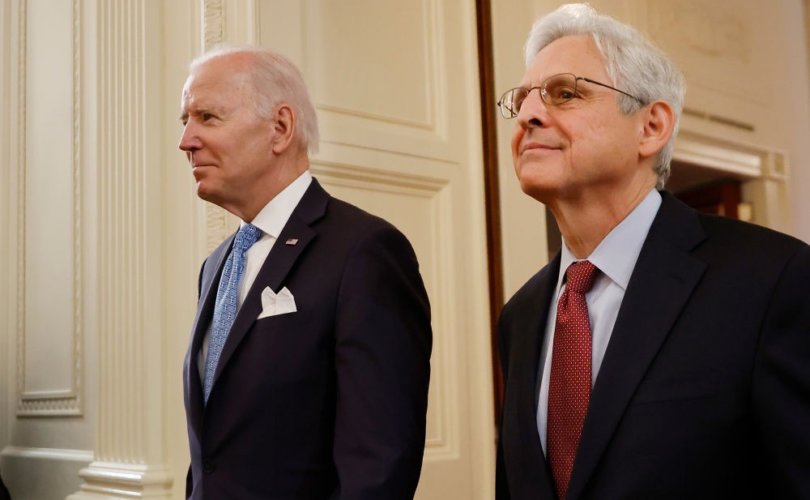 (American Thinker) — Now it is easy to see why people have come to believe that the once-vaunted justice system in the US became two-tiered; one for favored elites and one for those the elites loathe.

There are countless examples of this: peaceful pro-life demonstrators have been raided and charged with serious crimes that they did not commit, while those who fire-bomb pregnancy centers are not even investigated, let alone charged. Among the hundreds of violent protesters who burned their own cities down in the wake of the George Floyd debacle, few were charged with the crimes they committed and most of those that were had the charges dropped.

But a two-tiered system suggests that there are different levels of justice depending on one’s status within the establishment, the bureaucratic state. For years it has been very obvious that a two-tiered system of justice was being implemented; charge conservatives with made-up crimes, let the real criminals back out onto the streets.

Now we must face the fact that there is actually no justice to be had in America in 2022. Trump Derangement Syndrome has led inexorably to what we now see occurring daily in our once great nation: The proven guilty go free and the innocent have their homes raided by a pack of armed FBI agents who seem to delight in traumatizing law-abiding citizens.

From Niall Williams’s book This is Happiness, a true sentiment: “It’s hard not to despise officialdom in all forms.”  And, “I’ve never known a man or woman to be better for the wearing of the uniform.  I’ve known them to be different, but not more human.” Our FBI seems to be overloaded with thugs of the worst kind.

So, it is with both great sadness and furious rage that we must admit there is no justice in America anymore. There is only the knowledge that, under the Biden regime, we are experiencing a version of totalitarianism that would make the Founders recoil in horror.

Our thoroughly corrupt FBI and DOJ have spent millions of dollars tracking down anyone who may have been present at the Capitol on January 6, 2021 even as it becomes apparent that what happened that day was a carefully orchestrated set-up. The powers that be have done this with all manner of illegal surveillance tactics — raiding, assaulting, arresting and charging these mostly patriotic, non-violent Americans who knew the 2020 election had been stolen.

They wanted not to overthrow the government but recounts in the contested states which then-vice president Mike Pence could have made happen but did not. The deep state did steal the election by various means made clear by those who bragged about how they did it, made clearer by those who actually did investigate the fraudulent ballots, stuffed ballot boxes, ballot harvesting, and insecure election management software.

What happened on that 2020 election night was a travesty so grave that it is rivalled only by the fabricated Russia hoax, the $40m Mueller investigation and the abrogation of freedom for a trumped-up pandemic as three of the most monstrous scandals in US history.

The “deep state,” that amorphous band of bullies who take it for granted that they run this country, conspired to take down the most effective president in decades by illegal means.

This cabal includes those lying “former intelligence agents” who signed that letter that appeared in the NYT claiming that the Hunter Biden “Laptop from Hell”  “bore all the signs of” Russian disinformation, as well as the usual suspects: Clapper, Brennan, Strozk, Page, Fusion GPS, and others.

They knew then that it was real, that the Biden family was unscrupulous and that “the big guy” had spent his decades in Congress profiteering from Ukraine and China. They installed him in the Oval Office anyway because they, this band of globalists who embrace the “Great Reset,” could run him. They knew he would do as he was told. He was sorely compromised.

They knew they could throw open our southern border to all comers, flood the country with five million migrants from all over the world, emboldening and enriching the cartels by facilitating their human, child sex and drug trafficking, speeding up the left’s grand rearrangement of American demographics to benefit their cause, the ultimate decline of the US as a world power.

Reprint with permission from American Thinker.