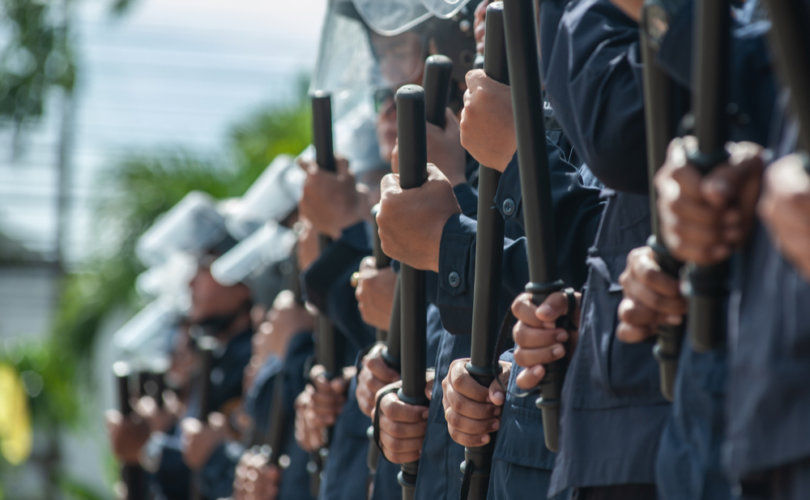 (Brownstone Institute) – For two years, the political class’s ineptitude has been on full display. School shutdowns, business closures, and endless mask mandates have all proven relatively ineffective at stemming the spread of COVID-19 (never mind reducing hospitalizations and deaths), yet politicians continued instituting these harmful and useless measures in a desperate attempt to be perceived as doing something.

But over the past month or so, it has become inescapable that sheer incompetence and ignorance can no longer be the sole explanation for two years of bungled policies. Rather, the craven mindset of many of our leaders in both parties (albeit primarily Democrats) is manifest. They are using our bodies to score cheap political points, impervious to the injury they are inflicting upon us.

Worst of all are the vaccine mandates, which come in countless forms. Universities, including public ones, are requiring faculty, staff, and students to vaccinate against COVID-19 in order to remain employed or enrolled. Many – for example Washington and Lee University in Virginia, Cornell University in Ithaca, New York, and the CUNY and SUNY state schools in New York – are now requiring boosters.

As an attorney who has filed a number of lawsuits challenging vaccine mandates coming from both public university employers and the federal government, I am contacted every day by myriad students, faculty and employees at these universities. Many now are double-vaccinated and COVID-19 recovered. A significant portion had recent bouts with COVID-19, which is unsurprising given that omicron swept across much of the nation in a very brief time period.

Yet, for students to continue their education at the universities they may have invested significant time, emotional energy and resources into attending, they are being coerced into getting a useless medical procedure that many legitimately fear could harm them.

Consider, for instance, the data on myocarditis (inflammation of the heart muscle) especially for men under age 30. While in a cynical attempt to push their blanket vaccine mandate agenda agencies such as the CDC and FDA have dismissed these concerns – claiming that myocarditis is extremely rare and almost always resolves quickly – cardiologist Anish Koka has explained that this is not an accurate assessment of either the risk or the severity of the condition.

Multiple independent data sets actually suggest that vaccine-induced myocarditis occurs at rates that are much higher than the CDC estimates, and may in fact be higher than the rates of COVID related complications in healthy young men. Moreover, as Koka has explained, the notion that myocarditis can be described as “minor” is absurd.

Not only does one suffer chest pain and leak cardiac enzymes from damaged heart muscle, but a third of patients are found to have fibrosis and scarring in the heart that has an uncertain long-term prognosis.

Valid concerns about the health risk of repeated boosters are also arising. European Union regulators just rang an alarm bell, explaining that evidence indicates such a practice could actually deplete one’s immune system long-term, leading to all sorts of health problems, including greater susceptibility to COVID-19. In short, for many, especially young, COVID-recovered people, the risks of COVID-19 vaccination, especially a second dose or a booster, might outweigh any benefit.

Furthermore, there is no societal-wide justification for these mandates. Many epidemiologists and experts in vaccine safety believed that these particular products did not stop transmission from the start. They unquestionably do not stop transmission of new variants like omicron. Even CDC Director Rochelle Walensky, who relentlessly pursues a blanket vaccine mandate approach, has admitted as much.

Where no coherent claim can be made that vaccination is for the “greater good,” to remove personal choice from the equation by premising employment upon taking a medically unnecessary and possibly injurious vaccine is unconscionable.

Yet, instead of revisiting their vaccine requirements, some employers are doubling down and mayors and governors are taking a page out of their books. Democratic strongholds across the country are implementing passport programs, meaning that one must show proof of vaccination in order to enter places of public accommodation, for instance restaurants, bars, movie theaters, and gyms.

Essentially, participation in public life is not possible in these blue bastions unless one gets vaccinated and is willing to show proof of it or take the legal and reputational risk of using a counterfeit vaccination card.

Although New York City’s proof of vaccination requirement has been a colossal failure, other blue cities such as DC, Chicago, Boston, and Minneapolis are emulating the program. Politicians like de Blasio and Mayor Bowser of DC appear to believe that “getting people vaccinated,” the justification for these requirements, is an end in and of itself, regardless of whether it does anything to reduce COVID-19 hospitalizations and deaths, not to mention improve public health overall.

Mask mandates fare no better. For two years, study after study has confirmed what could not escape the objective, casual observer: that community masking with cloth and surgical masks does nothing to slow the spread of COVID-19, despite the attempts of politicians and compromised scientists to twist results of this research to claim otherwise.

Rather than admit the obvious policy failures, those who have been insisting upon masking are making the ludicrous claim that the omicron variant somehow circumvents these barriers while Delta and original COVID did not. And, contrary to the contentions of these “experts,” who are somehow still considered experts despite being wrong time after time, masking is harmful, especially for children.

The common-sense points many of us have been making – that children need to see facial expressions and be free to make such expressions themselves in order to develop socially, cognitively, and linguistically – are now being borne out by research.  Masking is harmful to adults, too. Reading facial expressions is one way in which we connect with each other, and it is important for our psychological well-being.

While the average member of the Zoom class does not have to spend the majority of the day in a mask, most members of the working class — servers, bartenders, and uber drivers, for example — do. Masking for hours each day causes pain behind the ears and reduces oxygen intake. It is also hard to escape the dehumanization attached to servers and bartenders having their faces covered, while the patrons remain mask-free from the moment they sit down.

Yet, every time cases rise in a blue jurisdiction, one can be relatively certain that the mayor or governor will weaponize this pointless measure in order to make a show of doing something.

In 2022, mask and vaccine mandates — and many other COVID-19 mitigation measures such as arbitrary restrictions on gathering size and social distancing — have nothing to do with our well-being, and everything to do with the Mayor Bowsers of the world scoring political points, which becomes yet more obvious when these same politicians do not follow their own rules.

Mandates that serve no legitimate public health purpose and are instituted merely to punish the noncompliant should have no place in a civilized or democratic society. It is time that Americans wake up and realize that they are being used as pawns in a game of politics.

Reprinted with permission from The Brownstone Institute