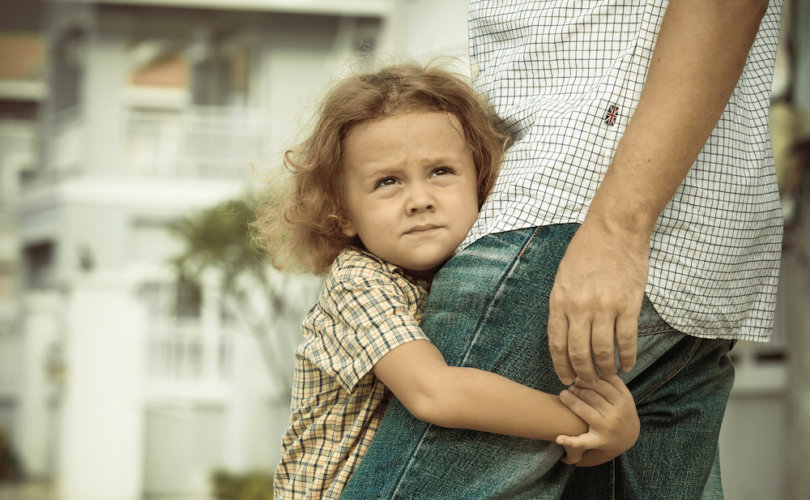 June 23, 2020 (LifeSiteNews) – The recent celebration of Father’s Day occurred at a time when our land is experiencing chaos, anarchy and rebellion, all of which can be summed up as lawlessness.

We didn’t reach this point overnight. The past few decades have seen traditional precepts of law — that is to say, natural law, God’s law — set aside in favor of an array of highly questionable individual rights.

Our legal system has normalized abortion for the sake of an imagined right to total personal autonomy. The character of marriage (which had always been understood as a legal / social / economic bond between a man and a woman ) has been stretched to include “loving” relationships between persons of the same sex. And now, the Supreme Court has ruled that “same-sex attraction” and “gender identity” are natural characteristics protected from discrimination.

Even the definition of religion itself has been altered to accommodate such spiritual aberrations as Satanism. Diabolic images have been set up as civic monuments. This past weekend, devil worshippers staged marches in nearly 20 cities, trying to establish the Kingdom of Satan as a publicly recognized faith.

At the same time, we’ve seen precipitous declines in many of the institutions we once depended upon to shield our freedom from the encroachments of state power: churches, schools, the news media, social and fraternal organizations, and most tragically, the family.

Today, almost a quarter of children under the age of 18 live in single-parent households. In most of these cases, the missing parent is the father.

Family life today is caught in a great irony. The need for fathers to protect their children from the effects of chaos, anarchy and rebellion has never been greater. Meanwhile, the absence of fathers is, itself, a principal cause of the lawlessness undermining family life.

Too many men who have fathered children don’t take their responsibilities as fathers seriously. Moreover, the social and legal structures that once encouraged men in responsible fatherhood no longer function to buttress fatherly dedication.

We’ve come to accept out-of-wedlock births as common, removing the pressure to “do the decent thing” and get married. Extensive social welfare programs have exacerbated the problem by easing the financial obligation of child support.

We’ve accepted divorce as a ready solution to marital stress and discord. Marriage is no longer assumed to be lifelong and sacred because it was ordained by God. Instead, freedom and personal fulfillment are held up as preeminent values. And if a marriage relationship doesn’t provide them, then that marriage can be cast off.

Such assumptions militate against secure family life. They are evil. And the results of that evil are troubled and insecure children, increases in mental instability, over-dependence on psychotherapeutic medications, and ultimately, lawlessness.

The deep metaphysical roots of our current dilemma are in Satan himself — “the man of lawlessness,” as St. Paul calls him in the Letter to the Thessalonians — the being who breeds hatred, anger, and division.

We all face evil in our own lives. We all eventually must grapple with Satan. But it is the duty of a father to directly confront the forces of evil that attack his family. A father must embrace his responsibilities as the head of the family, make sure that his marriage stays intact, and protect his children.

These days, one of the things he must protect them from is school. Our public education system, and many private schools as well, have long since abandoned their essential mission of preparing young people to be balanced, contributing members of society. Today, schools tend to be conduits of ideology, steeping children in distortions of history and warped sexual propaganda.

A father must be alert to what his children are being taught. And he must counter untruth when he spots it, teaching his children properly and privately at home. The failure of so many fathers to do that is evident right now on the inflamed streets of our cities.

Fathers must reassert themselves in the life of the family. They must live their faith, obey God’s laws, go to church, and serve as role models for their children.

They must be holy men.

In this way, they accomplish the most important aspect of fatherhood — not just raising their children to be successful in this world, but saving their immortal souls.