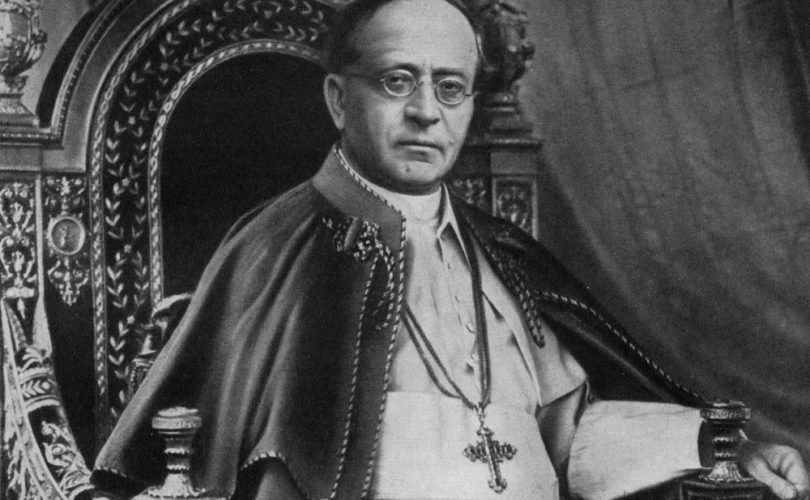 January 16, 2018 (LifeSiteNews) – It might well be true, as we have heard recently, that the intended reading of Amoris Laetitia would give permission in certain restricted circumstances for married couples to resort to contraception if they felt in their consciences they were doing the right thing. That might even fall in line with Pope Francis’ thought as expressed in an airplane interview wherein he suggested that the use of artificial contraceptive methods is justified by the potential of Zika virus infection.

None of that, however, changes the perennial teaching of the Church that artificial contraception is intrinsically evil. It is, in other words, never justifiable for any reason whatsoever.

The recent debate is reminiscent of the original decision of a body of believers in Christ to allow for contraception. When the Anglicans first approved of contraception in 1930 at the Lambeth Conference, it was done with words and sentiments very similar to the justifications for second marriage (without annulment) provided in Amoris Laetitia.

At Lambeth, the Anglican leadership didn’t just plainly say contraception was now permitted. They pointed to hard cases and employed many heart-rending justifications to get to what was the first breach against openness to life in the Christian world.

“Where there is clearly felt moral obligation to limit or avoid parenthood, the method must be decided on Christian principles,” said the Lambeth resolution.

The primary and obvious method is complete abstinence from intercourse (as far as may be necessary) in a life of discipline and self-control lived in the power of the Holy Spirit. Nevertheless in those cases where there is such a clearly felt moral obligation to limit or avoid parenthood, and where there is a morally sound reason for avoiding complete abstinence, the Conference agrees that other methods may be used, provided that this is done in the light of the same Christian principles. The Conference records its strong condemnation of the use of any methods of conception control from motives of selfishness, luxury, or mere convenience.

Similarly, Amoris Laetitia points to “a second union consolidated over time, with new children, proven fidelity, generous self giving, Christian commitment, a consciousness of its irregularity and of the great difficulty of going back without feeling in conscience that one would fall into new sins.”

The Church acknowledges situations ‘where, for serious reasons, such as the children’s upbringing, a man and woman cannot satisfy the obligation to separate’. There are also the cases of those who made every effort to save their first marriage and were unjustly abandoned, or of ‘those who have entered into a second union for the sake of the children’s upbringing, and are some-times subjectively certain in conscience that their previous and irreparably broken marriage had never been valid’… The Synod Fathers stated that the discernment of pastors must always take place ‘by adequately distinguishing’, with an approach which ‘care-fully discerns situations.’”

Despite all of the Christian-sounding justifications presented at the Lambeth Conference, the Catholic Church at the time pronounced its judgment on the Anglican decision in Pope Pius XI's encyclical Casti Connubii.

In paragraph 56 of Casti Connubii, the Pope described the Lambeth decision as “openly departing from the uninterrupted Christian tradition” for “another doctrine” which constitutes “moral ruin.”

The decision “defiled” the chastity of marriage with a “foul stain,” he said.

Pope Pius’ conclusion on this point bears repeating for all of us to hear, even more urgently than was necessary in his own time.

He said: “any use whatsoever of matrimony exercised in such a way that the act is deliberately frustrated in its natural power to generate life is an offense against the law of God and of nature, and those who indulge in such are branded with the guilt of a grave sin.”