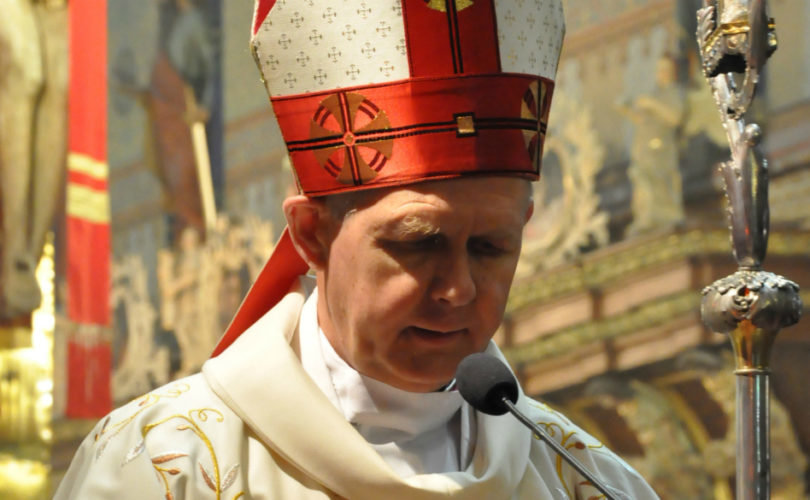 Editor's note: Voice of the Family has received the gracious permission of His Excellency Archbishop Tomash Peta, Archbishop of Astana, to publish the text of the intervention he made at the Ordinary Synod on the Family on 10th October 2015.

I am convinced that these were prophetical words of the holy pope, the author of “Humanae vitae”. During the Synod last year, “the smoke of Satan” was trying to enter the aula of Paul VI.

1) The proposal to admit to Holy Communion those who are divorced and living in new civil unions;
2) The affirmation that cohabitation is a union which may have in itself some values;
3) The pleading for homosexuality as something which is allegedly normal.

Some synod fathers have not understood correctly the appeal of Pope Francis for an open discussion and started to bring forward ideas which contradict the bi-millennial Tradition of the Church, rooted in the Eternal Word of God.

Unfortunately, one can still perceive the smell of this “infernal smoke” in some items of the “Instrumentum Laboris” and also in the interventions of some synod fathers this year.

To my mind, the main task of a Synod consists in indicating again to the Gospel of the marriage and of the family and that means to the teaching of Our Savior. It is not allowed to destroy the fundament – to destroy the rock.

May the Holy Spirit, who always wins in the Church, illuminate all of us in searching the true good for the families and for the world.

Mary – Mother of the Church, pray for us!

Reprinted with permission of Voice of the Family.