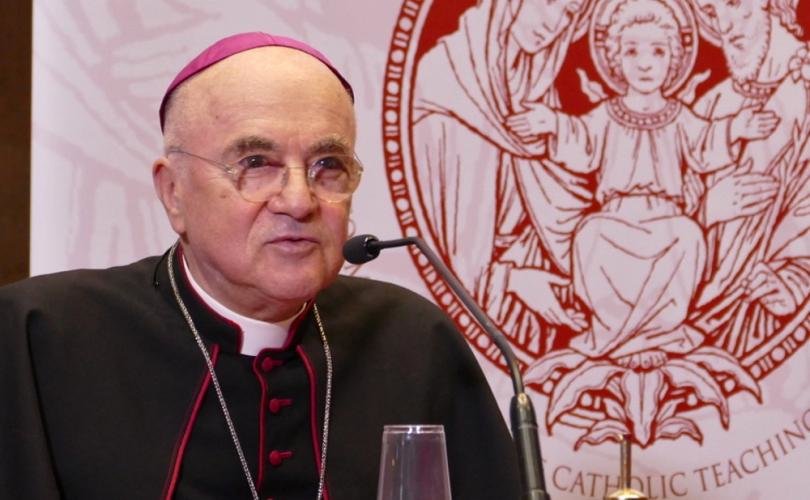 The texts of the liturgy of the Sacred Triduum strike us, like the lash of a whip, for the crude brutality of the torments to which the Lord was subjected by the will of the Sanhedrin, at the order of the Roman procurator. The crowd, instigated by the high priests, invokes the innocent blood of the Son of God upon themselves and their children, denying in the space of just a few days the triumph which had been attributed to Him at His entrance into Jerusalem. The praises and cries of Hosanna turn into shouts of Crucify him, and the palm branches become whips and clubs. How much crowds can disappoint: they are capable of giving honor with the same conviction with which shortly afterwards they decree the death sentence.

Who are the protagonists and those responsible for this condemnation? Judas, one of the Twelve Apostles, a thief and a traitor, who for thirty pieces of silver hands the Master over to the ecclesiastical authority to have him arrested. The Sanhedrin, that is, the religious authority of the Old Law, which is still in force at the moment of the Passion. The false witnesses, who are either paid or else seek notoriety, who accuse Our Lord, contradicting one another. The people, or better the crowd that is ready for demonstrations in the square and lets itself be led by a few skilled manipulators. The Procurator Pontius Pilate, the representative of the Emperor in Palestine, who issues an unjust sentence but with official authority. And the whole jumble of nameless subordinates who rage with unprecedented cruelty against an innocent man, for the sole reason that this is expected of them: the Temple guards, the soldiers of the Sanhedrin, the Roman soldiers, the violent mob.

Our Lord is condemned to death despite the fact that his innocence has been recognized by the legitimate Magistrate: Accipite eum vos et crucifigite; ego enim non invenio in eo causam – Take him yourselves and crucify him; I find no case against him. Pilate does not want to antagonize the high priests, nor have the crowd against him, which the priests can manipulate by leveraging hatred of the Romans, who militarily occupy Palestine. Pilate knows the contempt that the Levites and elders of the people harbor against him, considering him a pagan from whom they must keep their distance, to the point of not wanting to contaminate themselves by entering the Praetorium: they remain outside even as they ensure that the temporal power which oppresses them will become their accomplice in condemning their Messiah for blasphemy, that is, for a religious crime. Or rather: in order to send an innocent man to death without a conviction. Innocens ego sum a sanguine iusti huius, says Pilate: I am innocent of the death of this just man. Thus the civil authority, out of fearfulness in the face of arrogance and the blackmail of a riot, abandons the exercise of justice; just as the spiritual authority, in order not to lose the power which it has monopolized, hides the prophecies, insisting on not recognizing the promised Messiah despite the continuous confirmations of His divinity, and conspires to kill Jesus Christ because, speaking the truth, He has proclaimed that He is God. The princes of the priests threaten Pilate: Si hunc dimittis, non es amicus Cæsaris – If you release him, you are no friend of Caesar – and they go so far as to submit themselves to the imperial power in order to put their King to death: Non habemus regem, nisi Cæsarem – We have no king but Caesar. But was it not Herod, the king of Judea?

Even on the Cross, where the Lord intones the antiphon of his own Sacrifice with the words of the Psalmist: Deus meus, Deus meus: ut quid me dereliquisti? – My God, my God: why have you abandoned me? – those who have memorized the Sacred Scriptures pretend not to recognize in that solemn cry the last warning to the Synagogue, presaging the abolition of the Levitical priesthood and the imminent destruction of the Temple, forty years later, at the hand of Titus. In Psalm 21 David foretells what the Jews had before their eyes, what they were no longer able to understand because of their blindness, and we hear that warning repeated today in the Reproaches of the liturgy of Good Friday, incredulous at the infidelity of the chosen people and broken-hearted at the no less appalling repetition of the infidelity of the new Israel, of her pontiffs, of her ministers.

There is not a single word, in the liturgy of the Paschal Triduum, that does not sound like a pained and suffering accusation: the accusation of the Lord that sees fulfilled in his betrayal by Judas and his own people the action by which the religious and civil power unite against the Lord and His Christ: Astiterunt reges terrae, et principes convenerunt in unum, adversus Dominum, et adversus Christum ejus – The kings of the earth rise up, and princes conspire together against the Lord and his Anointed.

Our Lord says: If the world hates you, know that it hated me before you. If you were of the world, the world would love what is its own; but because you are not of the world, but I have chosen you out of the world, for this reason the world hates you. Remember the word that I have spoken to you: A servant is not greater than his master. If they have persecuted me, they will also persecute you. With this warning the Savior reminds us that His most holy Passion must also be fulfilled in his Mystical Body – If they have persecuted me, they will also persecute you – both in individuals over the course of the centuries as well as in the Church as an institution at the end of time. And the correspondence between the Passion of Christ and the Passion of the Church is significant.

This correspondence seems to me to be even more evident in this hour of darkness, in which the power of the new unfaithful and corrupt Sanhedrin is allied with the temporal power in persecuting Our Lord and those who are faithful to Him. Today also the princes of the priests, thirsty for power and eager to please the empire that keeps them subjugated, have recourse to Pilate to have Catholics condemned, accusing them of blasphemy for not wanting to accept the betrayal of their leaders. The Apostles and martyrs of yesterday live once more in the apostles and martyrs of today, who for now are denied the privilege of a bloody martyrdom but are not denied persecution, ostracism and derision. Once again we find Judas, who sells good shepherds to the Sanhedrin; once again we find false witnesses, villains, those who instigate the crowd, the temple guards and the soldiers of the Praetorium; once again we find Caiaphas who tears his garments, Peter who denies the Lord, and the Apostles who run away and hide; once again we find those who crown the Church with thorns, who slap her face and mock her, who scourge her and expose her to ridicule; who throw upon her the Cross of the scandals of her ministers, the sins of her faithful; once again today there are those who dip the sponge in vinegar and pierce the side of the Church with a spear; once again today there is a seamless garment and those who cast lots for it. But just as on Good Friday, so also today the Mother of the Church and an Apostle will remain at the foot of the Cross, witnesses of the passio Ecclesiæ just as they were once witnesses of the passio Christi.

May each of us, in these hours of silence and recollection, examine himself. Let us ask ourselves if we want to be, in the liturgical action of the end times, among those who, even if only for the sake of conforming, looked away, shook their heads, and spat on the Lord on His journey to Calvary. Let us ask ourselves if in this sacred re-presentation we will have the courage to wipe the bloody Face of Christ in the devastated image of the Church, if like the Cyrenian we will know how to help the Church carry her Cross, if like Joseph of Arimathea we will offer a worthy place in which to lay her until she is resurrected. Let us ask ourselves how many times we have slapped Christ, taking the part of the Sanhedrin and the high priests, how many times we have placed human respect ahead of our Faith, how many times we have accepted thirty pieces of silver to betray and hand over the Savior, in His good ministers, to the princes of the priests and the elders of the people.

When the Church will cry out her Consummatum est under a black sky, while the earth will shake and the veil of the temple will be torn from top to bottom, what is lacking in the sufferings of Christ (Col 1:24) will be accomplished in the Mystical Body. We will await the deposition from the Cross, the laying in the sepulchre, the absorbed and mute silence of nature, the descent into Hell. There will be, also in this instance, temple guards to keep watch and ensure that the pusillus grex does not rise again, and there will be those who will say that its followers have come to steal it.

Holy Saturday will also come for the Holy Church; the Exultet and the Alleluia will also come after the sorrow, death, and darkness of the tomb. Scimus Christum surrexisse a mortuis vere: we know that His Mystical Body will also rise with Him, just at the moment when his ministers will think that all is lost. And they will recognize the Church, as they have recognized the Lord, in fractione panis.

This is my wish, from the bottom of my heart, for this Holy Easter and for the times that await us.