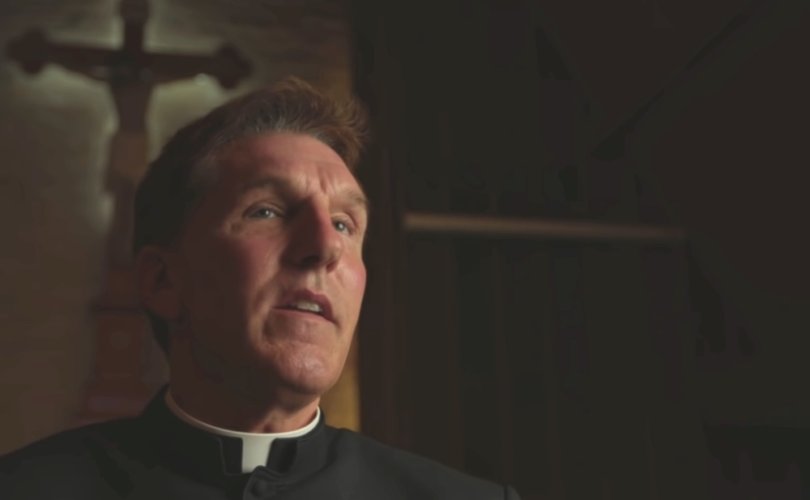 September 14, 2020 (LifeSiteNews) – The City of God has a problem, a big problem. Many of those charged with protecting and defending her have gone over to the enemy. Some are active members of the treasonous conspiracy; others commit treason by their silence. They are the “nice guys” who want to be liked and admired. They don’t want anyone rocking the boat by insisting on unpleasant truths. So they say and do nothing while the active conspirators within and the enemies without take jackhammers and wrecking balls to the foundations of the holy city.

Several years ago, Deacon James Toner discussed The Nice Guy Syndrome in an article in The Wanderer linking it to Hannah Arendt's description of the “banality of evil:”

Nice guys…can do, great evil because of apathy, because of unwillingness to seek the truth and then to do it. Truth obliges. Knowing the truth requires us to act in that truth – to “do” the truth. (James 1:22, CCC 898) If being a “nice guy” means that we must be wishy-washy or apathetic about knowing and serving truth, then we must be as disagreeable, as dyspeptic, as possible….

This brings us to the current situation of Fr. James Altman of La Crosse, WI and his bishop, William Patrick Callahan. In a recent homily, Fr. Altman pointed out that Catholics cannot be Democrats because of party positions advancing intrinsic evils. Support for abortion and homosexuality are litmus tests for Democrats written specifically into their platform. Catholics can't support that! But Bishop Callahan publicly called out Fr. Altman for his divisive “tone,” saying he inflicted a “wound” on the Church. He no doubt could have described his spiritual son as “disagreeable and dyspeptic.” The bishop threatens canonical penalties if Fr. Altman fails to “hear and respond to my fraternal correction.” Correction for what, exactly? Not the message, apparently, but a “tone” he doesn’t like. Bishop Callahan is certainly entitled to his opinion, but that's all it is, an opinion, but one accompanied by threats of aggressive action. As he considers his next move, the bishop already forbade Fr. Altman from live streaming Masses.

The bishop called Fr. Altman’s homily “a scandal.” Was it? A bishop's primary duties are to “teach, govern, and sanctify.” Priests share in that duty as the bishop's representatives. Fr. Altman teaches the truth with clarity. His words stir the hearts of orthodox Catholics starved by the gruel served up daily by Catholic “nice guys” preaching pabulum from the pulpit. Fr. Altman upholds the Church's doctrinal teaching. He speaks with boldness walking in the footsteps of saints and prophets who defended the faith throughout history. Contrast his voice with that of Fr. James Martin, S.J. who embraces and promotes homosexual depravity. Instead of being silenced and reprimanded, however, as a scandal wounding the Church, Martin is the darling of liberal bishops and even the Vatican apparatchik where he serves in the office of communications. That is, indeed, a treasonous scandal!

The word treason derives from the Latin “traditionem” meaning to hand over, deliver, or surrender and from the Old French verb “trair” meaning to betray. Under old English law, high treason occurred when a subject betrayed his sovereign (in our case Christ Himself) or the state (the City of God). Petit treason involved a subject’s offense against a fellow subject. Today, “nice guys” commit both of these treasons. They violate the two great commandments to love God and neighbor. They undermine the faith and weaken the City of God making it more difficult to bring the entire world to the service of Christ the King. And they fail to warn those in danger of hell to mend their ways.
Consider the silence of so many bishops to teach the faith clearly and boldly. This problem plagued the Church from its very beginning and often arose from human respect. Peter himself fell victim when he stopped eating with the Gentile converts in order to placate the Jewish converts. St. Paul called him out and, when the first council met in Jerusalem, the Church limited the obligation of Gentiles to follow Mosaic Law. But it took a very un-silent St. Paul to chastise the pope. How many clergy fall into the same trap as the English bishops who chose silence to please a king and avoid martyrdom? Clergy today choose silence with much less cause, since they will hardly be executed for making Catholic liberals angry. The bishop may lose some big contributors, of course, which often seems to be the major consideration. Is that the case with Bishop Callahan? One blogger thinks so. Dad29.blogspot.com posted this on September 11th:

One does not have to be Einstein to figure out why a Catholic Bishop is publicly flogging a Catholic priest for saying exactly what the Church clearly teaches, but riddle me this, Batman: to what political party does the La Crosse Congressional rep belong?

Right-o. Ron Kind is a Democrat, and a Party-Line Democrat. He speechifies “moderate” and votes exactly the way Nancy tells him to. Pro-abortion every […] time. And the La Crosse Diocese's borders are similar to the borders of Democrat Kind's district.

Congressman Ron Kind has a 100% rating from Planned Parenthood and NARAL. He supports embryonic stem cell research and same-sex “marriage” among other intrinsic evils. In 2018 he won with about 60% of the vote in an area that is approximately 25% Catholic. How many La Crosse Catholics cast their vote for this death-dealing liberal with nary a whimper of warning from their shepherds?

It's always risky to assume motives, but the fact is that the Diocese of La Crosse, like most dioceses in the country, is in trouble financially, which has been exacerbated by the coronavirus. Suspended Masses haven’t helped contributions which are way down. Retaining “dues-paying” Catholics in the pews is likely a major priority. Keep pew-sitters pacified and paying by avoiding the hard truth, the divisive “sword of the spirit” that separates truth from error and, in the process, enrages people.

Fr. Altman definitely enrages the liberal left. Once his sermons went viral, the backlash was inevitable. It put Fr. Altman in the crosshairs of Fr. James Martin who encouraged his thousands of followers to contact the bishop. Bishops don't like controversy and they don't like to be embarrassed. Some often imitate the unfaithful popes who exiled St. Athanasius and St. John Chrysostom for defending the faith.

Choosing to be charming and silent “nice guys” may be the most insidious temptation of our day for the shepherds. Human respect can lead to a treasonous betrayal of Christ. Jesus told Pilate He came into the world to “testify to the truth.” That testimony got him crucified. How many bishops are willing to walk in the footsteps of St. John Fisher, the only English bishop who refused to be a “nice guy” and bend the knee to King Henry VIII. He was beheaded on Tower Hill two days before the feast of St. John the Baptist who also lost his head for speaking out against an evil king.

Cardinal Carlo Caffarra, addressing the fourth annual Rome Life Forum in 2017, stressed that Catholics, are obliged to testify to the truth:

Testimony means to say, to speak, to announce openly and publicly. Someone who does not testify in this way is like a soldier who flees at the decisive moment in a battle. We are no longer witnesses, but deserters, if we do not speak openly and publicly.

Exactly! And that’s what Fr. James Altman does – courageously and faithfully. Deacon Toner hit the target when he said if being “nice guys” means being wishy-washy about the truth we must be as disagreeable and dyspeptic as possible.” Was he advising unkindness? Of course not! He was using hyperbole to condemn the temptation to value human opinions above the will of God. Fr. James Altman is willing to risk the hatred of the world and censure from his bishop in order to save souls. He would rather trip up Catholics on the primrose path that leads to hell than let them continue unwarned only to fall into the abyss! God bless him!

Deacon Toner ended his article on the Catholic “nice guys” by referring to a man often called the apostle of common sense, G. K. Chesterton:

[Chesterton] had it exactly right in his observation that Christians are not hated enough by the world. Too often, we are ‘nice guys.’ “Nice guy” is a title, none of us should seek, especially if it means advancing the culture of the lie instead of the culture of truth and life. We are called to be soldiers in the Church Militant and should ponder carefully the words of Cardinal Robert Sarah at the 12 Annual National Catholic Prayer Breakfast in 2016. “Discern carefully – in your lives, your homes, your workplaces – how, in your nation, God is being eroded, eclipsed, liquidated….You have a mission of bringing Divine Revelation to bear in the lives of your fellow citizens…. Do not be afraid to proclaim the truth with love…. In the words of Saint Catherine of Siena: ‘Proclaim the truth and do not be silent through fear.’…and above all pray.”

The silence of the “nice guys” contributes to “eroding, eclipsing, and liquidating” the faith.  It is the lukewarmness Revelation 3:16 warns against: “Because thou art lukewarm, and neither cold, not hot, I will vomit thee out of my mouth.” Fr. James Altman is a man of prayer, a zealous teacher, who refuses to run from the field of battle and allow the truths of God to be eroded, eclipsed, or liquidated unlike many of our cowardly bishops. Prudent Catholics who love Jesus Christ, Truth Himself, would do well to imitate him.

Please sign the LifeSiteNews petition in support of Fr. Altman.